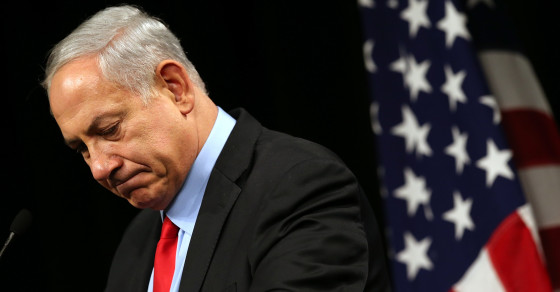 Netanyahu faces tough elections at home, but his new-found Facebook fans are unlikely to help him there as they are mostly Americans. The majority of the bump on Monday came during his speech or immediately after.

Americans now make up more than 42 percent of Netanyahu’s Facebook fans–the highest proportion by nationality. Israeli fans make up 40 percent. Canadians rank as a distant third, with only 1 percent of Facebook fans. Netanyahu may now be more popular with American Republicans than he is back home.

The GOP's thinking, as Netanyahu speaks, "Man, if only this guy could get the Republican nomination for 2016."