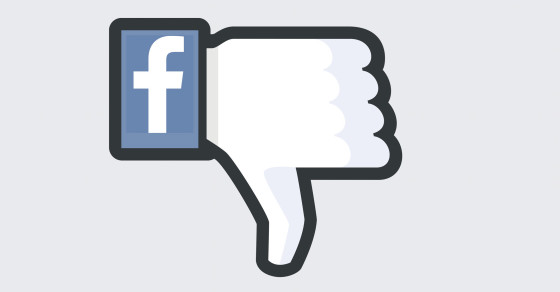 Facebook Friendly To Drag Queens, Native Americans, Not So Much
By Luke Malone

Facebook Friendly To Drag Queens, Native Americans, Not So Much

Facebook drew the ire of, and eventually apologized to, the drag and trans communities when it began suspending profiles after instituting a “real name” policy. Now the company has been caught deactivating the accounts of Native Americans who are indeed using their real names.

Lakota writer Dana Lone Hill wrote about her experiences on Last Real Indians after Facebook suspended her eight-year account when she began using both her mother’s and father’s last names—Lone Hill and Lone Elk, respectively. She has since had to submit three forms of ID to prove her name.

“Katy Perry’s Left Shark from her Superbowl [sic] halftime show has a Facebook page and we have to prove who we are?” she wrote.

This is what Dana Lone Hill saw when she tried to log in to Facebook earlier this month.

Lone Hill is not alone. She cites friends who have been forced to change their names from the Cherokee alphabet to English, conjoin multiple surnames or leave them out altogether. There is also a petition challenging the policy.

Even when people prove that their name is legal, Facebook still makes things hard. After Lance Brown Eyes submitted his identity documents, the social media giant changed his name to Lance Brown. Lone Hill writes that it was only “after contacting the Better Business Bureau and threatening Facebook with a class action lawsuit, they sent him an apology and let him use his given name again.”