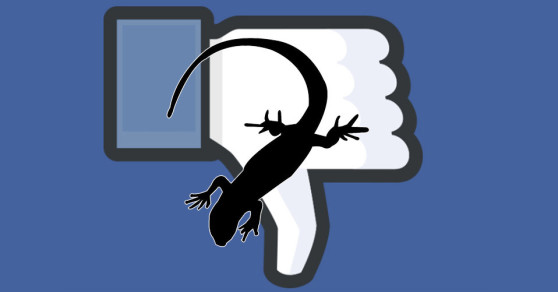 Facebook went down on Tuesday morning, leaving social media users in the U.S., Asia, Australia and the U.K. without access to the network and a handful of other Facebook-owned sites, including Instagram, Tinder, AIM and Hipchat, for about an hour. While Facebook says the outage was its own fault, hacker group the Lizard Squad took to Twitter to claim responsibility for Facebook and other sites going offline.

The hacker group is known for Internet antics, including the recent hack of the Malaysian Airlines website and a spate of hacks targeting gamers over Christmas. It also claimed responsibility for an attack that took North Korea’s Internet offline.

There is no real evidence, however, that the hacker group played a role in the attack and Facebook has stuck to its story. In statement to USA Today, the social media conglomerate insisted that no foul play was involved:

Earlier today many people had trouble accessing Facebook and Instagram. This was not the result of a third party attack but instead occurred after we introduced a change that affected our configuration systems. We moved quickly to fix the problem, and both services are back to 100% for everyone.

Facebook’s engineering team gave a running tally of their fixes, which were deployed quickly overnight on Monday. Unfortunately, the outage hit the U.S. right in the middle of winter storm Juno, at a time when people needed social media more than ever. The outage forced people off Tinder and onto other platforms to vent their snark:

"I knew you'd come," says Robert Scoble as people check out what's happening on Google +. "I've wanted this for so long."