Someone Stole Your Bitcoin? Sorry, Dude, You’re Shit Out of Luck
By Eric Markowitz

Someone Stole Your Bitcoin? Sorry, Dude, You’re Shit Out of Luck 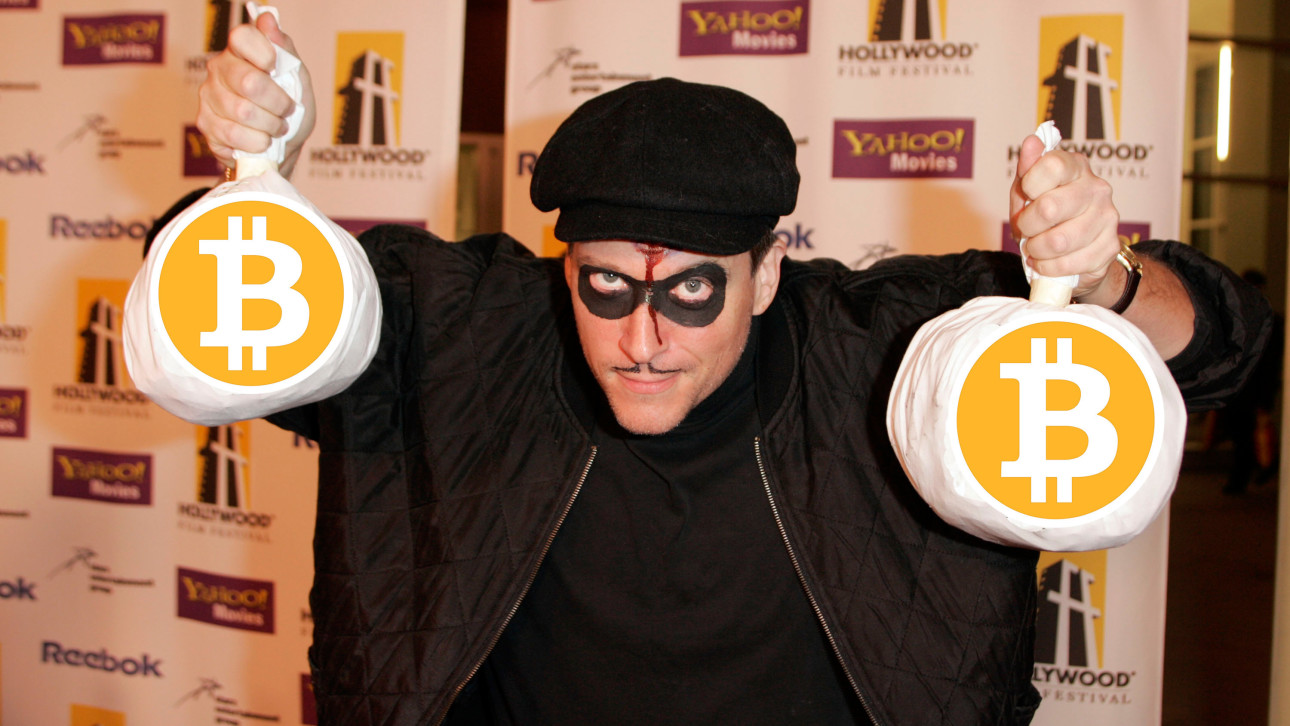 Earlier this week, an anonymous Reddit user announced that he was chasing a “scoundrel” who had just stolen about $100 million worth of Bitcoin from the users of Sheep Marketplace, the popular successor to the black market site Silk Road.

The thread exploded in popularity—how could it not?—partly because it was, theoretically, the largest Bitcoin heist ever, and partly because of the natural urge among other Redditors to join the hunt. It was a lynch mob in the making.

Tweet to us: Would you ever invest in Bitcoin?

“All day, we’ve been chasing the scoundrel with our stolen Bitcoins through the blockchain,” the user wrote. “Around lunchtime (UK), I was chasing him across the roof of a moving train, (metaphorically). I was less than 20 minutes, or 2 blockchain confirmations, behind ‘Tomas.’”

Then, in true Reddit crime-solving fashion, the pseudo-detectives pitched in, offering their own analysis and spending hours tracking movements with the accounts in question. About 500 comments poured in.

The price of Bitcoin has boomed in recent weeks, shooting up to nearly $1,200 a few days ago. The boom—as booms always do—has attracted thieves eager to figure out new ways to get their hands on Bitcoin. The plots range in sophistication and scope. Here’s a low-tech example: One guy was ripped off in McDonald’s when he tried to buy a pair of headphones with Bitcoin. (The thief apparently accepted the Bitcoin and then just walked out the doors without handing over the headphones.

The high-tech heists, meanwhile, can be staggering. In November, hacker thieves looted about 4,000 Bitcoin wallets on Czech Bitcoin exchange in just under a few minutes—capturing about $100,000 worth of virtual cash.

If it happens to you, the question is: Whom do you call? Certainly not the police.

The Redditors never caught up with the Sheed Reloaded thief. And they never will. Here’s why.

All Bitcoin transactions are recorded in a public ledger called Blockchain. Even an armchair tech guy like me can track the movement of money—but it doesn’t really mean I’m any closer to actually “catching” someone. In fact, it means very little. Even if you can track the movement of Bitcoin, there’s literally nothing you can do to stop a thief—or even locate his true identity. That’s because while the transactions in Bitcoin are public, all Bitcoin wallets are private, anonymous lines of code.

To put it another way, Bitcoin thieves can run—and they can hide.

Bitcoins are held in virtual wallets, which are built to have both a public key and a private key. For the uninitiated, think of it this way: Your public key is your home address—a number you can give out to people to have them send you stuff. The private key is the key to your front door—you don’t give that out to anyone. Bitcoin thefts can happen in a variety of ways, but the most common form is through shoddy protection of private keys.

Finally, a voice of reason was upvoted to the top of the thread:

“You can make (tongue-in-cheek) analogies about moving trains and what have you, but in the end you’re just throwing Bitcoin around under the false understanding that it’ll result in anything happening. You aren’t going to get anything back. None of you are going to get anything back, and it’s by design. This is EXACTLY how Bitcoin is supposed to work. Bitcoin would be fundamentally broken if you somehow got your money back.”

Bitcoin heists will continue to grow for two reasons. First, as Bitcoin’s price rises, it is more lucrative than ever to steal. Second, Bitcoin is going mainstream–which means unsophisticated users are signing up in droves. In November alone, there were at least four heists. One thread on BitcoinTalk, a popular forum, dutifully catalogs the claims of theft. It has over 26 reported incidents, ranging from thousands of dollars of Bitcoin into the millions.

There are myriad reasons to believe Bitcoin can, one day, become a mainstream form of currency. But it won’t get there until the infrastructure is built to protect the average Joe from the Winona Ryder Bitcoin thieves.