It’s the end of the Silk Road for “Dread Pirate Roberts.”

Silk Road is the popular underground website that for almost three years functioned as a black market exchange for hard drugs, including heroin and meth. Its currency: Bitcoins. Its purveyor: a shadowy figure called Dread Pirate Roberts, whom the FBI has now unmasked. It turns out that he’s an investment adviser from the Austin, Texas, area named Ross Ulbrich—and you better believe he’s facing some serious criminal charges.

According to a complaint filed in the Southern District of New York, authorities have shut down Silk Road, arrested 29-year-old Ulbricht and charged him with narcotics-trafficking conspiracy, computer-hacking conspiracy and money-laundering conspiracy. Silk road “provided a platform for drug dealers around the world,” according to the complaint, kind of like the eBay of narcotics.

On what appears to be the accused’s LinkedIn page, a clean-cut Ulbricht says his goal used to be to “expand the frontier of human knowledge,” but he now wants to “abolish the use of coercion and aggression amongst mankind.” 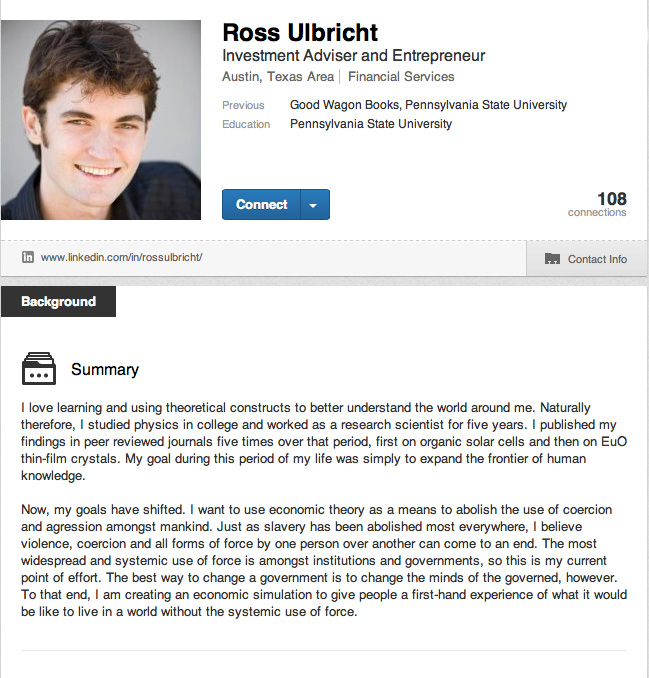 As for the temporal realities of e-commerce, a Google circles page that appears to belong to Ulbricht includes the following post from April: “Anybody know someone that works for UPS, FedEX, or DHL?” 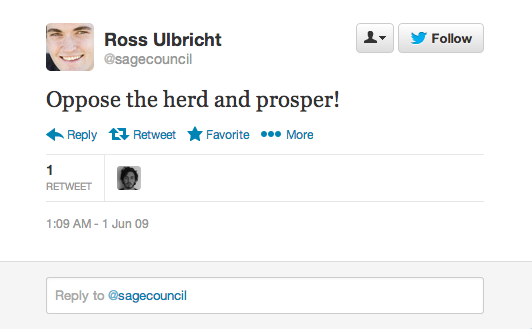 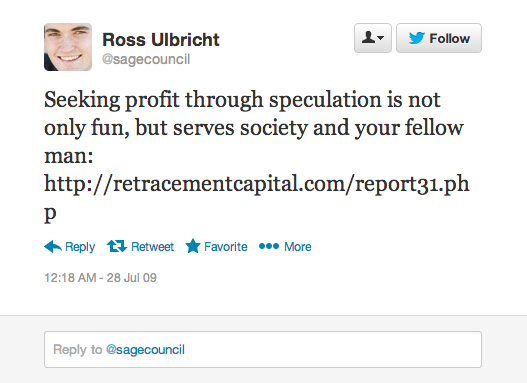 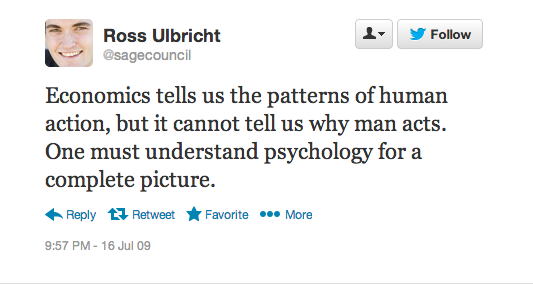 In Youtube videos, he can be seen reminiscing about the 6th grade with a childhood friend, whilst discussing currency:

and trying to sell a truck (with his phone number included in the video!):

In their virtual raid this week, the feds also seized $3.6 million in bitcoins— the biggest seizure of digital currency to date.

The Daily Dot reported in August that teenagers were posting photos of their Silk Road narcotics scores on Tumblr. Law enforcement agents were likely champing at the bit to nail Dread Pirate Roberts. It looks like bitcoin is not so anonymous after all—at least for suspected felons.