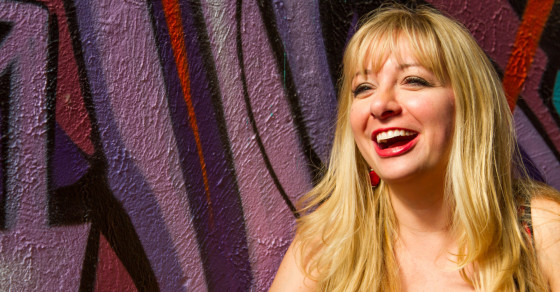 Bitcoin Now Has Its Own Taylor Swift
By Eric Markowitz

Bitcoin Now Has Its Own Taylor Swift

Tatiana Moroz is a singer-songwriter who looks a bit like a cross between Taylor Swift and Faith Hill. But she’s not your usual country-pop performer. Moroz doesn’t really sing about boys or heartbreak or loneliness or love. She sings about bitcoin and why the government shouldn’t own the money system in America. Her latest tune? “The Silk Road,” a tribute to Ross Ulbricht, the alleged architect of the bitcoin black market currently on trial in a New York courtroom.

Moroz is becoming a hit on the bitcoin conference circuit. She has played at the Latin American Bitcoin Convention, the Crypto Convention at the BitPay Party in Atlanta, the Texas Bitcoin Conference, the Berlin Inside Bitcoins Conference, Bitcoin in the Beltway, Porcfest, the Libertarian National Convention, the United We Stand Festival, Bitcoin South in New Zealand and Coins in the Kingdom. In 2014, Moroz even created her own cryptocurrency, Tatiana Coin.

Here, Jersey-born Moroz talks about how she got interested in cybercurrencies.