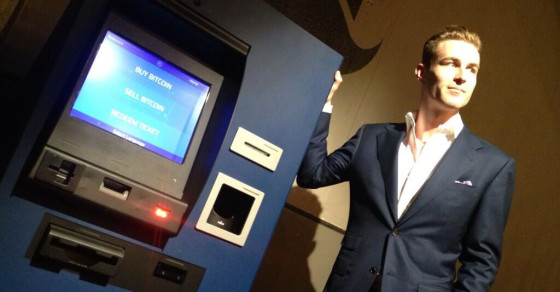 No Longer a Virgin: I Just Took Out Bitcoin From an ATM
By Eric Markowitz

No Longer a Virgin: I Just Took Out Bitcoin From an ATM 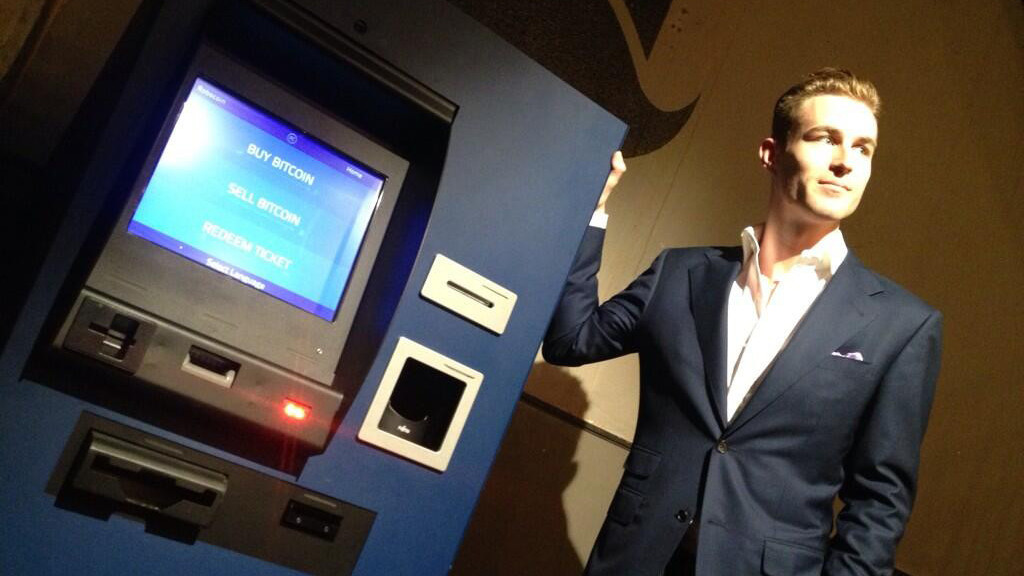 Weisfeld stands about 6 feet tall and speaks about his Bitcoin business the way an oil prospector might talk about his latest land purchase. “My advisers told me it’s too early, it’s too volatile, it’s too suspicious, and it could possibly jeopardize everything I’ve built,” he tells me.

But, he adds in a friendly Southern drawl, “If the dream is big enough, then the facts don’t matter.”

What Weisfeld has built, in partnership with another Bitcoin company, is called Robocoin. It’s a physical ATM for a digital currency: a 5-foot-tall touch-screen device that lets you buy and sell Bitcoin with cash. It’s the first in Texas, but two others exist in the United States—one in New Mexico and one in California. Customers can walk up and deposit cash into the machines, which then convert the paper money into Bitcoin. Likewise, customers can scan their Bitcoin wallets on their smartphones and extract cash from the ATM, which holds up to $3,000 at a time.

Weisfeld is in Austin, Texas, with his wife, Deborah, and his business partner Nick Morphis for South by Southwest, the annual tech, music and film conference. The trio has hitched the ATM to the back of Weisfeld’s Ford pickup truck, taking it on a tour of the state.

Bitcoin has become particularly popular among the libertarian, anti-government and technocratic elite—not to mention those that use it to transact in illicit goods. It’s a decentralized, unregulated currency that doesn’t carry bank fees. It also has spawned a micro industry of its own, and plenty of entrepreneurs like Weisfeld are looking for ways to cash in on its popularity.

But the currency is still far from mainstream. Weisfeld believes this Bitcoin ATM—and its ease of use—will change that.

Click the image for more of our Bitcoin coverage

“It’s still challenging to get Bitcoin,” Weisfeld says. “Even for the average person who has technical literacy, it can be a challenge. There had to be an easier way.”

Weisfeld goaded me to try it out. I was skeptical at first (Why am I putting money into a strange machine, again?), but it turned out to be an incredibly simple, technologically impressive and secure system—even for a Bitcoin newbie.

Here’s how it works.

The first step is to set up a Bitcoin wallet and authorize your identity. I press the “Buy Bitcoin” button and enter my cell phone number. Almost instantly, it sends me a text message with a five-digit passcode. I enter that PIN back into the ATM, and it takes me to the next step: palm verification.

Because I’m setting up my Bitcoin wallet for the first time, the palm verification adds an extra layer of security: My palm will forever be linked to my Bitcoin wallet that I created using this ATM. If I already had a wallet, I wouldn’t need to go through this process—I would just scan a QR code on my smartphone’s Bitcoin wallet.

Then it takes my picture. (“Smile,” Weisfeld tells me.)

After it takes my picture, I insert my New York state driver’s license. I become a little scared when it sucks my entire ID into the machine, and it makes a funny scratching noise. Luckily, the guy who built this thing is standing next to me, and I remember spotting several high-powered drills in the back of his truck, so I figure if worst comes to worst, he’ll just drill it out.

Thankfully, it spits out my ID. The ATM verifies that I’m the person setting up the account using facial recognition technology. It sends me a text to let me know I’m approved, and we move to the next stop: buying Bitcoin.

I select “Buy Bitcoin” and enter my phone number and PIN. I pull out my wallet and enter a traditional paper $20 bill. It hungrily eats my cash and spits out a paper receipt with my customized digital key—a string of numbers and letters with a corresponding QR code.

“You have Bitcoin now,” Weisfeld’s wife, Deborah, tells me. I don’t own a single Bitcoin, because at current market prices, a single Bitcoin hovers around $650. With my $20 deposit, I am the proud owner of 0.031 BTC.

Obtaining it was damn easy—even if I’ll never end up using my one-thirtieth-of-a-Bitcoin again. But if I can find somewhere to take the crypto-currency, all I need to do is download a Bitcoin wallet onto my phone, scan my receipt and begin buying drinks in Bitcoin. If the value of Bitcoin reaches its previous heights, or exceeds them, I could be able to extract $35 at some point in the future—if I can find another Bitcoin ATM.

Weisfeld installed the first Coinvault last week at Central Texas Gun Works, a gun shop south of the capitol in Austin. This past weekend, he installed the second ATM at Brave New Books, a libertarian bookstore near the UT Austin campus where local Bitcoin “meetups” are held.

Weisfeld won’t tell me exactly how much money he has invested into the ATM.

Weisfeld ambitions are global, too. “Helsinki, Istanbul, Karachi,” he says.