Is Dogecoin the Next Bitcoin? Definitely Not
By Eric Markowitz

Is Dogecoin the Next Bitcoin? Definitely Not 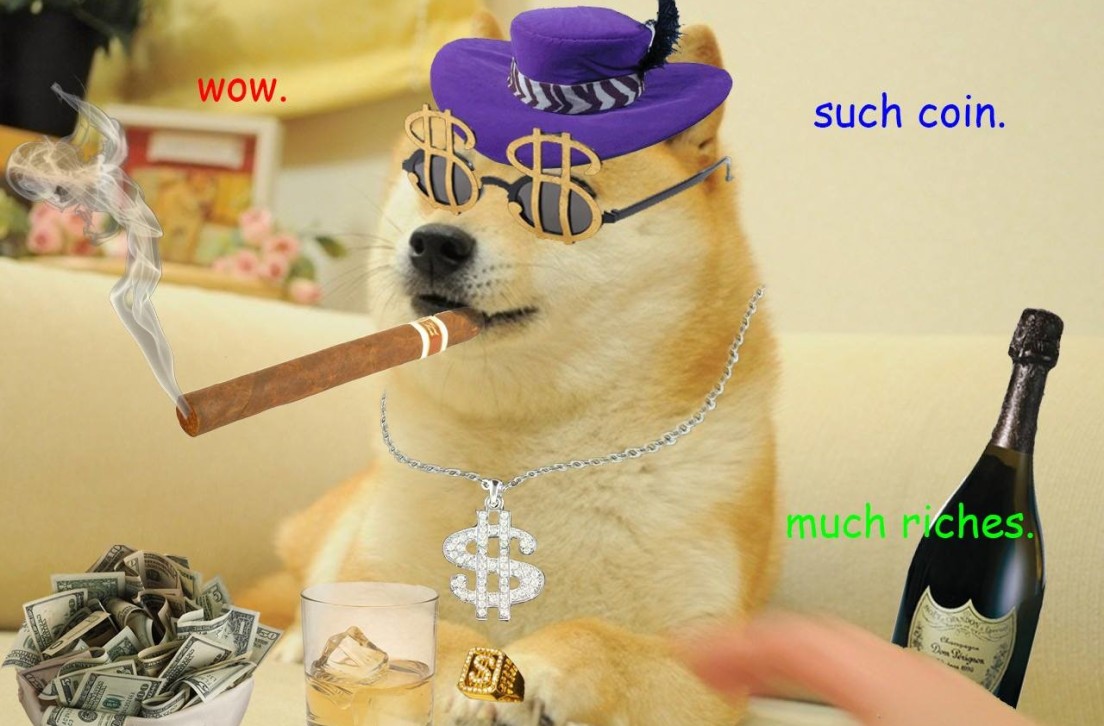 The cryptocurrency Dogecoin has had quite a run since it was created less than two months ago—it has even drawn comparisons to Bitcoin.

Last week, Dogecoin-ers gave $30,000 worth of the virtual currency to get the Jamaican bobsled team into the winter Olympics. Yesterday, the International Business Times explained how Dogecoin has already “proved its worth,” while The Sunday Morning Herald gave the cryptocurrency the front-page treatment, proclaiming “The Rise and Rise of Dogecoin, the Internet’s Hottest Cryptocurrency.”

Now you can even use the currency to buy things on Amazon, thanks to AmaDoge, which launched on Thursday.

It’s been a whirlwind boom. Unfortunately, the bust is probably just around the corner.

But comparing Dogecoin to Bitcoin is a joke. (Cough, cough, The Verge.) Bitcoin is well on its way to mainstream adoption. As of this week, for instance, both Google and eBay have announced plans to integrate Bitcoin into their payment platforms.

Bitcoin, however, is the exception to the rule when it comes to cryptocurrencies. The vast majority of them—and there have been a lot (Litecoin, Peercoin, Namecoin, Quarkcoin, Feathercoin, Terracoin, etc.)—tend to get very popular very quickly, and then fade out very quickly. The whole cycle seems to last about 10 weeks.

As an example, let’s compare Dogecoin to Feathercoin, another peer-to-peer currency. Feathercoin has actually been around since 2011, but it enjoyed a sudden burst of attention amid the late 2013 Bitcoin boom. In December, its market cap suddenly spiked to $30 million. About a month later, it was back under $10 million.

Other cryptocurrencies follow similar patterns. Both Novacoin and Freicoin also had market-cap peaks in December 2013 that have since deflated.

Sure, analyzing market caps isn’t the definitive approach to judging the staying power of a cryptocurrency. There are plenty of other indicators (like individual transaction values and confirmation times) that may yield different results. But of all the metrics you can choose to measure a currency’s value, the market cap takes into account multiple indicators, including the number of transactions and the total value exchanged.

So let’s take a look at the recent “boom” in Dogecoin’s market cap. It sure is on the rise. If you’re an optimist, you might just think it’ll keep on going up!

But wait 20 or 40 or even 60 days and see where it is then. There’s no evidence to support that Dogecoin is another Bitcoin.

If I’m wrong, well, I’ll come around begging for Dogecoin. I have a feeling I’m not.