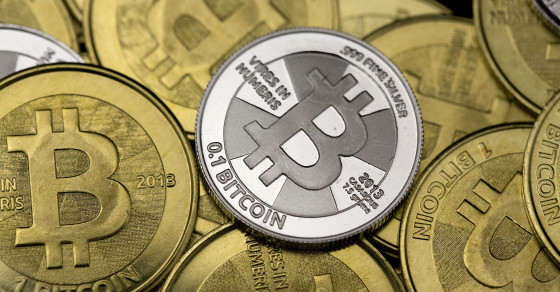 Bitcoin may have tanked, but investors are still ponying up tens of millions of dollars for startups betting that the virtual currency will regain its old form. In the latest example, the company 21 raised a whopping $116 million, the largest funding round by any bitcoin startup to date. In January, Coinbase, a bitcoin wallet company, raised $75 million. Meanwhile, the first publicly invested bitcoin hedge fund, the Bitcoin Investment Trust fund, has raised more than $60 million, according to Coindesk.

The six-year-old digital currency has been massively volatile. In 2013, it shot up 6,000 percent, and in November was priced at $1,242 per coin. A whole bunch of retailers hopped on the bandwagon: You could use Bitcoin to buy Tesla cars, Dell computers and any one of hundreds of things on overstock.com. But last year the digital currency took a tumble, falling by 67 percent in 2014, and then another 44 percent in January. At one point, it hit $173 per coin. As of Tuesday, it had crept back up to about $295.

Below is a chart of the price of bitcoin over the past year.