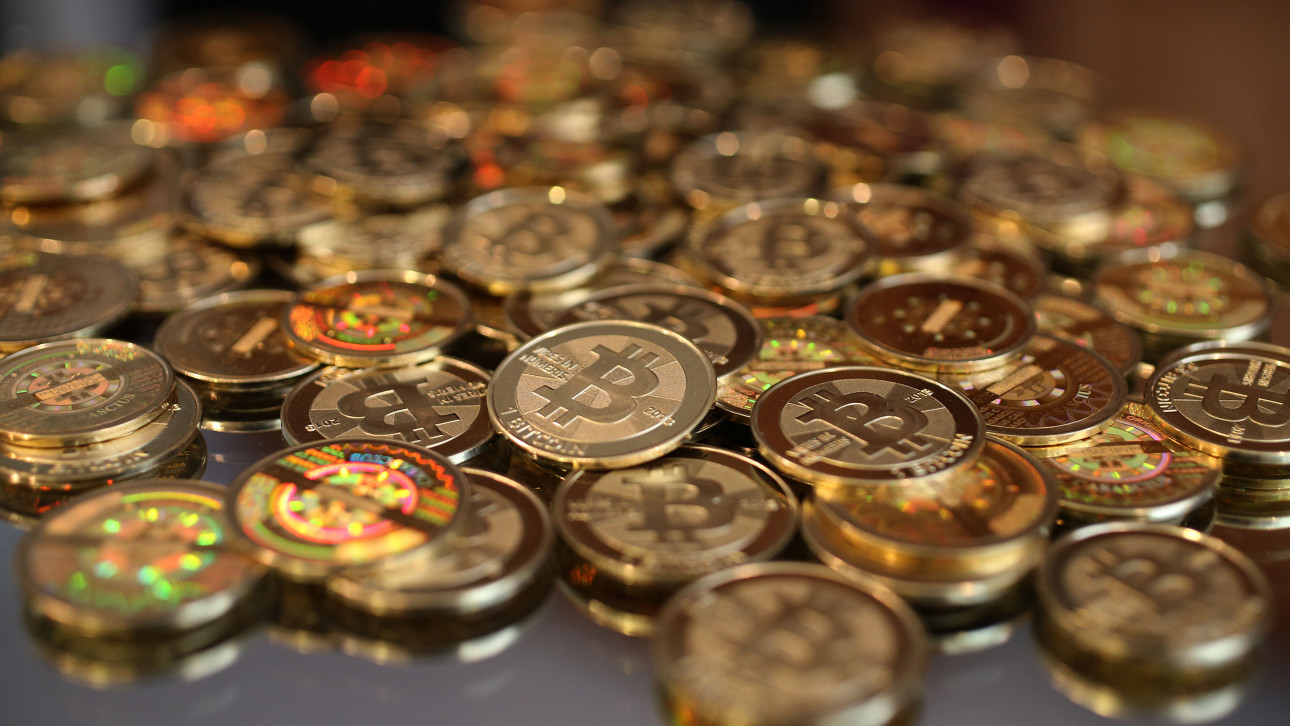 With all the buzz around Bitcoin lately, one giant mystery remains: Who invented it?

Two researchers in Israel have published a report claiming that the founder of Bitcoin—who goes by the pseudonym Satoshi Nakamoto—might have some connection to Ross Ulbricht, the alleged mastermind behind the online black market Silk Road. You may remember him as “Dread Pirate Roberts”—or DPR, for short. (Ulbricht also been accused of six murders-for-hire.)

By backsolving Ulbricht’s public transaction history on Blockchain, which is the public ledger for Bitcoin, the researchers noticed “a surprisingly short path involving substantial sums connecting DPR and a very early Bitcoin account, which was created by one of the founders of the Bitcoin scheme.”

Bitcoin was first launched in 2008. Back then, it was a fringe experiment–a virtual currency maintained by a handful of computer hackers. Today, it maintains a market cap of about $10 billion and Congress is debating how best to regulate it. Silk Road also exploded in popularity along with its notoriety. According to the FBI, it was doing roughly $1.2 billion in sales and $80 million in commissions.

When the FBI arrested Ulbricht in October, it seized about $28.5 million worth of Bitcoin. Dorit Ron and Adi Shamir, a pair mathematicians who moonlight as cryptographers for The Weizmann Institute of Science in Israel, decided to take a closer look at where, exactly, all those Bitcoin came from. Because Bitcoin transactions are public, you can see when one account moves Bitcoin to another. The only problem is that those accounts are totally anonymous.

Take a look at the figure below. The starting point of 77,624 BTC is an account of one of the first users of Bitcoin–likely one of the founders. The black arrows indicate a series of transactions to other Bitcoin wallets. The first is a large chunk, 55,000. From there, there’s six transfers totalling 30,000 into another account, which had received another 8,000 BTC from a separate account.

From there, six small transfers are made to an account with 1,000 Bitcoin, which ends up in the hands of DPR. In theory, the researchers say this movement might show how DPR was moving money around to different wallets–all of which he owned himself–in an attempt to cloak the fact that he was running Silk Road. Short of that, the researchers seem to speculate that Satoshi Nakamoto and DPR were close colleagues, associates, or even business partners.

They write: “The short path we found (which is depicted in Figure 6) suggests (but does not prove) the existence of a surprising link between the two mysterious figures of the Bitcoin community, Satoshi Nakamoto and DPR. It is reasonable to assume that all the accounts described along the top of Figure 6 belong to the same person, but to be on the safe side we refer to him as a “Founder” rather than as Satoshi Nakamoto. We are sure that analyzing this figure will start a very vigorous debate in the Bitcoin community.”

Now, the obvious problem with this research–and why it’s getting plenty of blowback online–is that it makes a series of assumptions that may not be true at all. The most egregious of which is the potential miscalculation that DPR actually owned all of these wallets. That’s because while transactions are recorded on Blockchain, the identities of both the seller and buyer remain anonymous. It’s kind of like saying, “We saw Joe move $32,000 from his account A into account B, and the next day, we saw $32,000 move from account B to account C, so it’s likely Joe owns all three accounts, and is just spreading his money around.” That may be the case–but it’s hard to back up.

It should also be pointed out that this paper does not appear to be peer-reviewed. And it was paid for by a Citi Foundation grant, a division of Citigroup. Banks have a notoriously chilly relationship with the Bitcoin community, and have sought to characterize Bitcoin as currency du jour for drug dealers and hitmen-for-hire services.

“This paper is cringeworthy and doesn’t deserve serious attention at all,” writes one particularly incensed Redditor. “It’s only merit is to illustrate how you can write an article that looks like a research paper about anything and everything.”