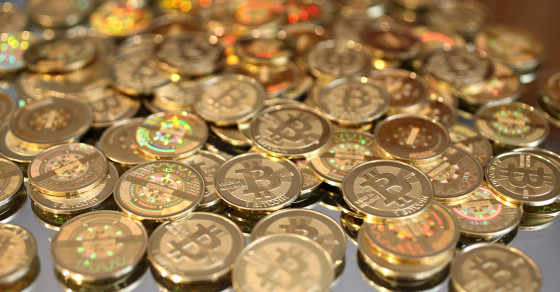 “Had the Greeks known of crypto-currencies and of certain provincial Brooklyn neighborhoods, a tragedy could have been written about a boy, who through Dionysian passion and a little hubris, helped nurture an idea–bitcoin…”

So begins the sentencing memo of Charlie Shrem, the 25-year-old Brooklyn-born bitcoin entrepreneur who was sentenced to two years in jail on Friday. Shrem was arrested in January on charges that he used his bitcoin company, BitInstant, to help funnel money into Silk Road, the massive online drug site. Shrem pleaded guilty in September.

“They want a guilty plea on their books, and that’s what they’re going to get,” Shrem has said. “They got a Bitcoiner.”

Shrem’s sentencing manifesto—which some websites are calling “poetic”—isn’t all that surprising to me. I interviewed Shrem a few weeks before his arrest. In the evening we spent together—drinks at the bar he owned, and later at his apartment—he struck me as good-natured, entrepreneurial, confident kid from Brooklyn. Most of all, he was obsessed with bitcoin—and had a habit of being a little preachy about it.

Before his arrest, he traveled around the country to speak on bitcoin panels and at conferences, and he would take any opportunity to speak live on camera to TV news crews reporting a bitcoin story. He even spoke at a Texas bitcoin conference—via Skype while under house arrest in his parents’ Brooklyn home.

On a good note, Judge Rakoff called me a brilliant visionary and that he admires my brainpower. #bitcoin

But there’s a darker side to bitcoin, and Shrem got caught up in it. With Silk Road, the massive online drug empire, bitcoin was the currency of choice. If users wanted to buy drugs, they first needed to buy bitcoin. Shrem, along with an accomplice, changed dollars into bitcoin that were eventually used by people to buy drugs on Silk Road. In total, he and his partner converted about $1 million worth of bitcoin for Silk Road purchases.

Shrem and his attorneys have consistently positioned Shrem’s crime as one of youthful ignorance—they just happen to do it in a somewhat bizarre fashion, comparing Shrem’s crime to a Greek tragedy. “In the chaos of developing the new idea, he would drop his guard, and allow the dark forces to caste it in shadow,” Shrem and his lawyers wrote in the sentencing memo. “He would be to blame. He would be viewed not as its protector, but as its destroyer, the destroyer of the one thing—the idea—he loved most.”

“Contrary to [Shrem’s] remarks,” Bharara writes in his own sentencing document “the story of this case is not one of tragedy, but farce. Throughout the year 2012, Charlie Shrem made a mockery of the anti-money laundering laws he was responsible for enforcing.”