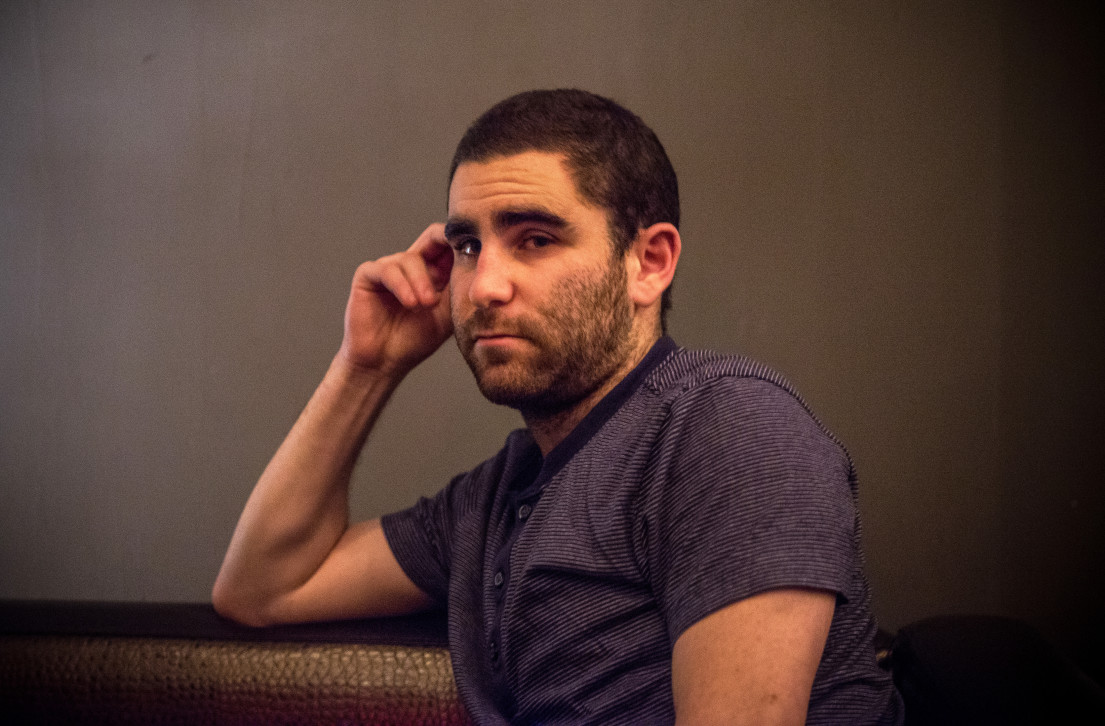 A month ago, I spent the evening drinking and hanging out with Charlie Shrem, the Bitcoin millionaire, at his nightclub in New York City.

Later in the the night, we went up to his apartment, where I spotted a couple of bongs. At some point, Shrem told me, “I won’t hire you unless I drink with you or smoke weed with you—that’s a 100 percent fact.” As a reporter, it’s always great to get quotes like these. You don’t hear too many CEOs talk about their love of weed. I stuck it in my story.

After Vocativ published my profile, which included a few mentions of the pot smoking, Shrem sent me a barrage of text messages, begging me to remove any mention of weed smoking. He claimed he no longer smoked weed, and that he was not a proud stoner. He told me it would end his career.

We refused his request, mostly because we didn’t think smoking weed was that big a deal. Plus, it was all true. He had mentioned pot smoking several times in our interview, all of them unprompted.

A coalition of U.S. prosecutors from the Drug Enforcement Agency, the Internal Revenue Service and the U.S. attorney general’s office arrested him today. The prosecutors allege that Shrem, along with a co-conspirator Robert Faiella, “schemed to sell over $1 million in Bitcoins to criminals bent on trafficking narcotics on the dark web drug site Silk Road.”

The arrest does not appear to be related to the October 2013 arrest of Ross Ulbricht—aka Dread Pirate Roberts—the alleged operator of Silk Road. But with the arrest of Shrem, it’s becoming abundantly clear that federal prosecutors are ramping up efforts to crack down on online exchanges where Bitcoin is the currency of choice.

According to the federal indictment, unsealed today, Robert Faiella ran an underground Bitcoin exchange on the Silk Road website. According to prosecutors, Faiella purchased Bitcoins from BitInstant, Shrem’s company, then resold them at a markup to his Silk Road customers. (Bitcoins were the only form of payment accepted on Silk Road.) Shrem is accused of knowingly facilitating, and even helping Faiella, in these transactions.

The indictment reveals a long list of serious federal offenses. First, that Shrem knowingly allowed Faiella to use BitInstant to buy Bitcoins for his drug customers. Shrem processed the accounts personally, and even gave him discounts on high-volume transactions. Essentially, the feds are alleging that Shrem knowingly used his company’s site as a money-laundering tool for drug dealers. It is somewhat ironic, then, that in addition to the role of CEO, Shrem was also the company’s chief compliance officer—the person directly responsible for making sure the site was not used for money laundering.

Although we’re likely weeks away from trial, the indictment is a good indicator for law enforcement’s strategy on fighting online drug dealing. Rather than targeting individual drug dealers, who are often difficult to find, law enforcement will likely continue to target the consumer-facing exchanges and the people behind them, which are much easier to investigate.

Frankly, their tactic shouldn’t be much of a surprise. Money exchanges are ripe for fraud and money laundering. (PayPal, for instance, has been the subject of many federal investigations.)

What is rare, however, is to see the founder and CEO of a consumer-facing exchange not only to be complicit with the laundering—but also appearing to encourage it.

Shrem, we should note, is also accused of buying drugs on Silk Road in the indictment. So much for his claims about not smoking weed.