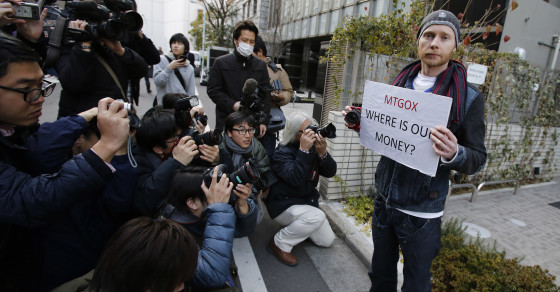 Angry Bitcoiners Are Threatening the Founder of Mt. Gox
By Eric Markowitz

Angry Bitcoiners Are Threatening the Founder of Mt. Gox 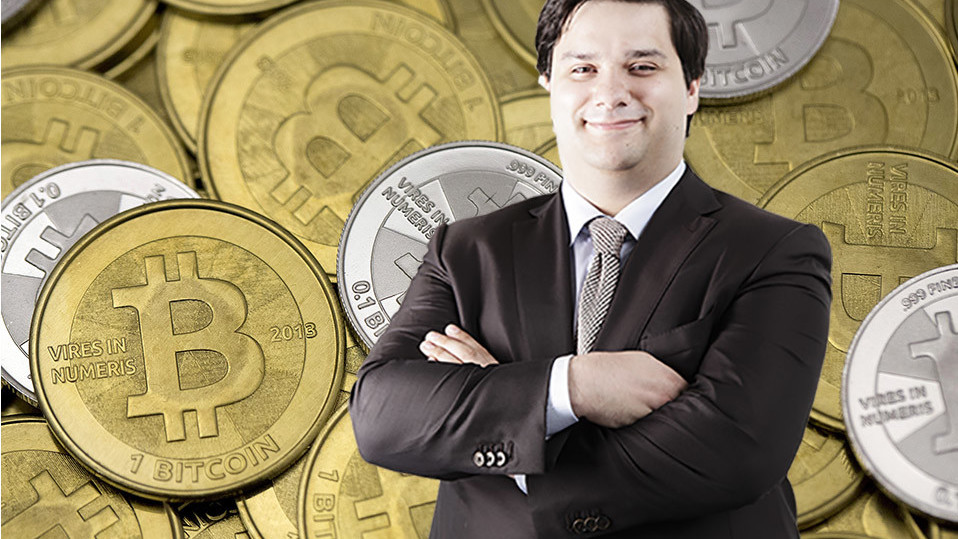 “Pay to have MARK KARPELES killed,” one commenter wrote earlier today on a Bitcoin forum.

“Open Letter to Mark Karpeles: You are a Dead Man,” wrote another.

Both posts have since been taken down by moderators, but the sentiment is clear: People are angry at Mark Karpeles, founder and CEO of Mt. Gox, the once-thriving Bitcoin exchange that shut down Tuesday.

Aaron, a protester, during a demonstration against Mt. Gox in Tokyo this week.
(Toru Hanai/Reuters)

Earlier this week, reports surfaced that 750,000 Bitcoins—about a half-billion dollars—went missing from the Mt. Gox reserves. No one really knows just yet what happened, or who stole the Bitcoin (if it was even really stolen), but some believe Karpeles was somehow involved in the theft, though no official charges have been brought against him.

On Tuesday, Karpeles, who lives in Tokyo, resigned from the Bitcoin Foundation, an advocacy group. The same day, six major Bitcoin operators, including Coinbase, issued a joint statement condemning Mt. Gox, though they made no mention of Karpeles in their post.

Karpeles has stayed quiet, likely working with his lawyers before making an official statement. On Wednesday, Karpeles posted a short notice to his now defunct site.

“As there is a lot of speculation regarding Mt. Gox and its future, I would like to use this opportunity to reassure everyone that I am still in Japan, and working very hard with the support of different parties to find a solution to our recent issues,” he wrote.

More information will inevitably trickle out over the coming days and weeks. Eventually, U.S. and Japanese regulators will likely begin an investigation into Mt. Gox, and Karpeles will be forced to explain how, exactly, he missed the fact that 750,000 Bitcoins had mysteriously disappeared from the exchange he ran.

In the meantime, expect to see plenty of anger hurled at Karpeles—after all, many lost their life savings.