A Conversation with One of Bitcoin’s Inventors: ‘I’ve Given Away Over 15,000 Bitcoins’
By Vocativ Staff

A Conversation with One of Bitcoin’s Inventors: ‘I’ve Given Away Over 15,000 Bitcoins’

The closest to a central bank committee for the world’s favorite new currency are the seven core developers of bitcoin.

One of them is Jeff Garzik, a Linux engineer who lives in Raleigh, N.C.. Vocativ got the chance to talk to Garzik recently and get his take on bitcoin’s development, future prospects and whether the huge run-up in value since January means we’re in a bubble.

Vocativ: Let’s have a “for dummies” explanation of how bitcoin is organized and what you do?

Garzik: Bitcoin is not a company — it’s a thing, an invention, an open source project. It does not have a built-in mechanism for funding engineering work, like a corporation or government program. Everyone involved has volunteered their time to work on a specific piece of the project, for their own reasons. I am one of seven ‘core developers’ who has permission to directly change the bitcoin open source software on GitHub [a social coding platform].

As a core developer, how much real power do you have over how bitcoins work?

It must be emphasized that we developers actually have only limited control over bitcoin itself — and that’s by design. Every bitcoin user who runs software, in essence, votes on whether or not they like the bitcoin rules encoded in their software. Thus, the system is built so that bitcoin users may “fire” the core developers at any time. 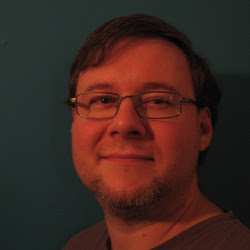 Jeff Garzik would be a lot richer if he weren’t so generous — the 15,000 bitcoins he’s given away would be worth millions today.

Why did you get involved?

How many coins do you have yourself? What do you use them for?

A couple hundred bitcoins. Use them for buying housewares and appliances, right now, such as on BitcoinStore.com. I try to spend bitcoins, or even give them away, in order to stimulate the bitcoin economy.

How many have you given away?

In the past, I’ve given away over 15,000 bitcoins to other developers, to spur development of various bitcoin projects. Just consider what those 15,000 bitcoins would be worth today!

Ouch! Those were worth about $4 million earlier this week. But we won’t belabor the point! What’s the biggest problems with bitcoins, in your opinion?

It is a long, slow road for any new currency. We have some friends that are so tired of their banks that they decided to invest their savings in bitcoins. Do you recommend that?

Heck no. Bitcoins are still very experimental, and value still volatile. The official recommendation is only invest money you don’t
mind losing.

Some people seem to think it’s a ponzi-scheme or a bubble, what do you say to those claims?

The entire system is completely open to audit and examine — the ponzi scheme charge is easily disproven. The current bitcoin price might certainly be a bubble. But you never know until time passes!

Is there other currencies that is worth paying attention to online?

How high do you think the value of a bit coin will go?

I have no idea. We just want to keep it running.

What do you hope the future of the bitcoin will be?

A future where relatives in rich Western countries can send near-zero-fee remittances to their poorer cousins in Africa via bitcoin, where average citizens have the ability to retain complete control over their savings, and conduct their financial transactions with a healthy amount of privacy.