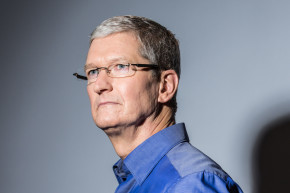 Apple has been rumored to be working on self-driving technology for a while now, and to get rid of some speculation, Tim Cook finally decided to explain what the company is working on.

Apple’s CEO told Bloomberg in a TV interview that the company is focusing on self-driving technology, but not necessarily a driverless car. “We’re focusing on autonomous systems. It’s a core technology that we view as very important,” Cook said. “We sort of see it as the mother of AI projects. It’s probably one of the most difficult AI projects actually to work on.”

Apple’s self-driving initiative, which is called Project Titan internally and has more than 1,000 engineers on board, was rumored to be an autonomous car when it first started making headlines. But based on reports and and Bloomberg’s interview with Cook, it seems Apple is just working on building the brain that’ll be used in other manufacturers’ cars.

“We’ll see where it takes us,” Cook said when asked about Apple ultimately manufacturing its own car. “We’re not really saying from a product point of view what we will do.”

Forecasters and experts predict that driverless cars will start being available in 2020. Until then, several companies are racing to be the first to get their autonomous systems out into the market for consumers to ride. Other companies that are fiercely working on self-driving technology include Uber, Alphabet, Samsung, Tesla, and most established car manufacturers such as Ford, Audi, and Nissan.

Apple has yet to confirm anything else about it’s self-driving technology, but its clear that it’s already test driving its technology. In April, the tech giant secured a permit from the California Department of Motor Vehicles. Photos of its test drives in California have also surfaced online — it seems Apple is using Lexus SUVs.