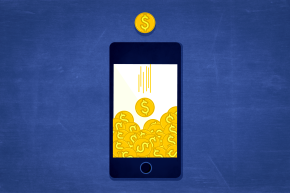 Venmo and PayPal have made it easy to pay back friends for dinner or split a utility bill, but casual person-to-person payments are about to get even easier with a new payment network that works with all banks.

Zelle, which was released Monday, is an in-app payment feature that works with most bank apps and allows users to instantly send money to friends and family by simply knowing their email or phone number. Its functionality is just like Venmo, but the difference is that it’s supported by more than 30 banks including Chase, Citibank, Bank of America, and Wells Fargo.

Having the feature live within the bank’s app might give people a better feeling of security since they don’t have to link up their bank account to a third-party app, which is the case with Venmo and PayPal.

Instant mobile payments have become common in past years with products like Apple Pay and Android Pay. It only makes sense for banks to jump on the bandwagon and release their own instant-payment feature. Sending money to people who are in the Zelle network (even if they have a different bank) means that receiving money will only take minutes, rather than one to two business days. With Venmo, users have to “cash out” in order to transfer money from the app to their bank account.

Zelle is currently only available within other banking apps, but it’ll eventually get its standalone app for people who don’t have a bank that supports the network.

Last week at the World Wide Developers Conference, Apple announce that iPhone users can now send instant Apple Pay payments via iMessages. So if you owe your friend $15 for a fancy cocktail, you can just text them the money.

Apple releasing an instant pay feature might make the idea of online payments more mainstream, since apps like Venmo are mostly used in bigger cites. Apple Pay is expected to roll out later this year with the iOS 11 update, and Zelle will slowly roll out over the next year.