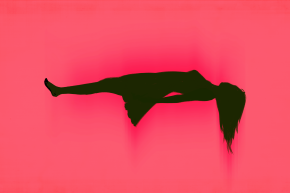 Study Shows Why Many Rape Victims Don’t Fight Back

Researchers find that most women experience paralysis during sexual assault

We expect rape victims to fight back – so much so that sexual assault cases have been dismissed and rapists given lighter sentences all because the accuser didn’t scream or fend off the attack. But a new study suggests that most women actually experience a state of involuntary paralysis during a sexual assault.

It’s already well known that many animals experience what’s called tonic immobility, an inability to move during threatening situations. As a press release explains, this is considered “an evolutionary adaptive defensive reaction to a predatory attack when resistance is not possible and other resources are not available.” But only limited research has been done on this response in humans, particularly when it comes to sexual assault.

This current study, published in the Scandinavian journal Acta Obstetricia et Gynecologica Scandinavica, surveyed nearly 300 women who had survived a sexual assault. The results were stunning: Researchers found that 70 percent reported significant tonic immobility during their assaults. Nearly 50 percent reported extreme tonic immobility. Women who had already survived a sexual assault were twice as likely to freeze up.

When the researchers followed up with a subset of the women six months later, they found that those who had frozen during their attacks were at much more likely to have developed PTSD and severe depression.

This builds on what advocates for sexual assault survivors have been saying for decades — that there is no perfect victim, or response when it comes to rape. It also gives a better sense of just how common a “freeze” response is during sexual assaults. A prior study found that 37 percent of rape victims experienced tonic immobility. But as Anna Möller, lead author of the current study, explains, this latest research “shows that tonic immobility is more common than earlier described.”

The implications are huge. As the paper points out, a 2002 study found that accused rapists were more likely to be prosecuted if the victim showed signs of physical trauma. But, clearly, evidence of fighting back isn’t a good measure for whether a rape was actually committed. “This information is useful both in legal situations and in the psychoeducation of rape victims,” said Möller. “Further, this knowledge can be applied in the education of medical students and law students.”