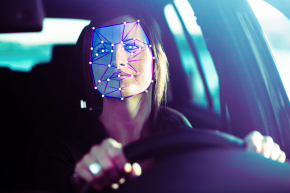 U.S. Customs and Border Protection is working on a prototype camera that identifies people inside cars

The U.S. Department of Homeland Security has requested the development of a face recognition system that could identify people inside their cars, even when the occupants are shielded from view by glare or tinted glass.

According to The Verge, the system is being developed by the Department of Energy’s Oakridge National Laboratory at the request of U.S. Customs and Border Protection. It’s part of CBP’s “biometric exit” initiative, which gathers biometric data, like faces and fingerprints, from U.S. visitors when they leave the country. An array of advanced sensors, known in the industry as a plenoptic or light field camera, aids the normally difficult task of algorithmically detecting faces through reflective surfaces, allowing the camera to detect depth and focus through the glare of a window or windshield. CBP is intending to use the technology for identifying people crossing land borders with Canada and Mexico, but it also could make existing road-based surveillance tech like automated license plate readers even more invasive.

The system is still a prototype, but DHS officials have discreetly claimed that it performs reliably. “The camera they have developed can go into a vehicle through tint and glare,” CBP executive director Colleen Manaher told a crowd at a law enforcement conference in April, according to The Verge. “I’m looking at it through the naked eye and I can’t see in, but there on that screen are two people, the passenger, and the driver, in facial recognition quality.”