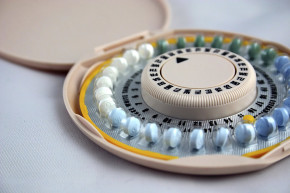 For many women in Texas, getting birth control isn’t simple. Laws and other systematic restrictions that are meant to target abortion providers can make it a nightmare just to get a prescription. But a new app that some are calling the “Uber for birth control” hopes to change this.

Nurx is a birth control delivery app available in 13 states, including Texas. It offers various brands of oral contraceptives as well as ring and patch options delivered to customers’ doors either once a month or once every three months, depending on their insurance provider. Through medical providers employed by the company, Nurx users can even get their prescription filled through the app by answering a questionnaire.

This app-based form of telemedicine makes Nurx an especially appealing option to Texans, where a severe lack of public health clinics has led to the state being called a “contraceptive desert,” with less than one clinic for every 1,000 women. There are at least seven Texas counties without any public clinics whatsoever. Research from the Texas Policy Evaluation Project recently found that 55 percent of women reported at least one barrier to accessing reproductive health care services, including family planning.

Such barriers to access threaten the already-dire state of women’s reproductive health in Texas. More than half of all pregnancies occurring in Texas were unintended in 2010, the most recent year for which data is available. This makes it one of the states with the highest rates of unintended pregnancy nationwide.

“Texas has had some questionable policies regarding women’s reproductive health, and it’s a huge state where a lot of the population lives in rural areas with poor access to any kind of care,” says Dr. Jessica Knox, who is the medical director at Nurx. “We’re really hoping to change the whole face of women’s access to reproductive health there.”

Originally launched in California in early 2016, the company aims to expand to every state where its offerings are desired. Though it is not the only birth control ordering and delivery service on the market, it does appear to be the only one that makes deliveries in Texas. According to Knox, tens of thousands of women throughout the U.S. already use Nurx.

Even before Nurx was available in Texas, the 13th state where Nurx expanded its services, Knox knew the demand was there.

“Even though people in Texas couldn’t sign up for our service, they knew we were out there and they were messaging us asking when we’d be available to help them because they were desperate to get their hands on birth control,” she said.

The women reaching out had another barrier in addition to a lack of clinics: doctors who didn’t believe in birth control and wouldn’t write prescriptions for it.

“They’ll turn women away or shame them for the decisions they’re making. They’re being morally ejected from offices,” Knox said.

Of course, Nurx and its competitors will not be able to singlehandedly fix the rampant problems created by the systematic shuttering of health clinics that offer abortions and other reproductive services in Texas, or any other state. But in addition to making it easier for some women to get birth control, benefits of widespread telemedicine for this purpose could extend even further.

“I think, over time, people will see the value in removing [this process] from the doctor’s office so that we can help people in a more efficient way,” Knox said.