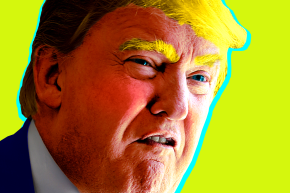 It also asks for emails addresses and biographical information

It will be more difficult to get into the United States for some visa applicants soon. The Trump administration just approved a new visa questionnaire that asks for applicants’ social media information and handles, among other things such as the email they’ve used for the past five years. Form DS-5535 also asks travelers to provide biographical information going back 15 years.

Form DS-5535 will only be issued for those travelers “who have been determined to warrant additional scrutiny in connection with terrorism or other national security-related visa ineligibilities,” which is about 0.5 percent of travelers, according to Reuters. Filling out the questions is voluntary, but those who fail to provide the information may not get a visa — so it’s really not that optional.

The State Department told Reuters that officials will only ask for additional information such as Twitter handles and Facebook profiles when they determine “that such information is required to confirm identity or conduct more rigorous national security vetting.” Those are travelers that “warrant additional scrutiny in connection with terrorism or other national security-related visa ineligibilities.” Back in March, it was travelers who had set foot in territory controlled by the Islamic State, according to the Washington Post.

Immigration lawyers and other critics argue that these new vetting procedures will be burdensome and only lead to long delays. It’ll also discourage international students and professionals (such as scientists) from coming to the U.S.

This is not the first time Trump administration has demanded social media details. In February, U.S. visitors and permanent residents affected by Trump’s travel ban were being asked by border agents to give up access to their computers and social media accounts.