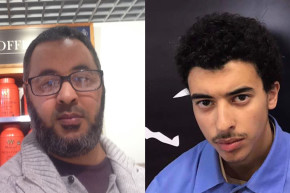 In the days following the terrorism attack in Manchester, England, that killed 22 and left dozens injured, reports on the bomber, Salman Abedi, have indicated that the attack was a part of a larger network and not a “lone wolf” incident. One of those arrests was Abedi’s brother, Hashem, who confessed to police of knowing Salman’s intentions. Now, an in-depth look at social media accounts that are believed to belong to Hashem Abedi and the boys’ father, Ramadan, shows digital associations and an overall appreciation for the likes of Osama bin Laden, prominent jihadist scholars and leaders, and a local Manchester gang.

A Vocativ analysis found that Abedi’s brother and father made no secret of their admiration for people linked to terrorist or jihadi activity.

In an ASKfm account under the name, “Hashim Manchester Abedi,” there was only one question on the user’s profile: “Who are your heroes?” The answer to that question was simply, “Osama bin Laden.”

The ask.fm account under the name Hashim Manchester Abedi

A Facebook account that’s linked to the AskFM account and takes the name, “Hashim Abedi,” features several photos and seem to be taken in Libya, where his parents spent the past several years, according to The Guardian.

The Facebook account also gives insight to some links on jihadi ideology. The account followed a page dedicated to Abdallah al-Muhaysini, a Saudi cleric who is affiliated with the Islamist militant group al-Nusrah Front in Syria. In November 2016, the U.S. Treasury designated al-Muhaysini as part of the action taken against al-Nusrah Front. According to U.S. authorities, that came after al-Muhaysini launched an al-Nusrah Front recruiting campaign aimed at bringing on 3,000 children and teenagers across northern Syria. The account also liked Facebook posts containing Islamist messages from controversial figures, such as preacher Khalid Yasin.

In addition to the jihadi links, the Facebook account also shows ties to some local gang activity in the Manchester area. The account believed to belong to Hashem Abedi shows him as being Facebook friends with Abdel Wahab Hafidah, who was murdered last year in what was believed to be part of a feud between “established criminal groups.” Many of the people who are Facebook friends with this account contain profile pictures of Hadifah and the members of the group who grew up with Abedi in Manchester. Ramadan Abedi, the father of Salman and Hashem, told The New York Times that his elder son had been distressed by the murder of Hafidah.

The father also appears to have a Facebook account under the name, “Yousef Hannaa.” The profile shows some jihadi activity, specifically in regard to the fighting in Libya. In October 2013, the account posted a photo of a prominent Libyan jihadist leader named Abu Anas al-Libi, calling him “a lion.” Al-Libi was one of the founders of the notorious Libyan Islamic Fighting Group, which was connected to al-Qaeda in its glory days. The account also posted pictures of jihadist fighters walking in lines and voiced support to their cause against the infidels.

In 2012, the account seemingly belonging to the father has a photo of a younger Hashem Abedi posturing with a gun.

“Hashem the lion … on training,” the user wrote on Facebook.