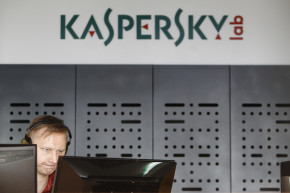 Russian Spies Charged With Treason In Case ‘Involving’ The US

The men had likely provided information to “US intelligence service members”

Russia has charged four people, including two officers from its FSB spy agency, with passing secret information to the United States, a lawyer for one of the suspects told Vocativ on Wednesday.

Although a number of questions remain, the development appears to boost U.S. intelligence claims that Kremlin hackers attempted to influence the outcome of November’s presidential elections in favor of Donald Trump. A flurry of Russian media reports in recent days has suggested that the FSB officers were detained after officials discovered that they had leaked information on the alleged hacking operation to the CIA.

Ivan Pavlov, a well-known Russian defense lawyer, said all the men had been charged with treason and that the case against them involved the United States. The suspects, who face up to twenty years behind bars, will be tried in secret.

The arrests of Sergei Mikhailov, chief of the FSB’s cybercrime department, and his deputy, Dmitry Dokuchaev, as well as Ruslan Stoyanov, head of the investigations department at Moscow-based Kaspersky Lab cybersecurity company, all took place in December, Russian media said.

Tsargrad, an ultra-conservative TV channel with links to the Kremlin, reported this week that Mikhailov had been arrested at a meeting of high-level FSB officials and taken from the hall with a bag over his head.

Dokuchaev, his deputy at the FSB cybercrime unit, has been described by Russian media as a former hacker who in 2004 boasted to the Vedomosti newspaper about his hacking of an unidentified American government website. “I have always believed that information should be free,” he told the newspaper.

Pavlov, the lawyer, declined to comment when asked by Vocativ if the charges against his client were linked to the American presidential elections or hacks against Democratic National Convention servers. He also refused to identify which of the four suspects he was representing.

The identity of the fourth reported suspect is unclear, although some Russian media outlets say he is Vladimir Anikeev, a journalist who has been reported as being the leader of the high-profile Shaltai-Boltai (Humpty Dumpty) hacking group. That group is believed to be behind the theft of the emails of senior Russian officials, including those of Vladislav Surkov, the Kremlin’s one-time chief ideologue. Shaltai-Boltai said in 2014 its aim was “to change reality.”

Russian law enforcement and security officials have not officially commented on the arrests. However, on Wednesday, state media quoted an unnamed source in the security services as saying that the men had likely provided information to “US intelligence service members.” State media also quoted another security service source as saying that more arrests were imminent in the case. “A great deal
more people were involved,” the RIA Novosti news agency cited its security source as saying. “These included go-betweens who passed on the information.”

The Kremlin spokesman, Dmitry Peskov, said the arrests of the cybercrime experts were not connected to what he called the “ludicrous insinuations” that Russia hacked into Democratic Party servers ahead of November’s elections. Hillary Clinton, the defeated Democrat Party candidate, said last year that Russian President Vladimir Putin ordered the cyberattack over a “personal beef” against her. Russia has repeatedly dismissed accusations that it attempted to influence the result of the US elections.

“The Kremlin has implicitly admitted that it was involved in hacking US systems with these charges.,” said Mark Galeotti, an expert on Russian security services and a senior researcher at the Institute of International Relations in Prague. “Although the likelihood is that the defendants were not involved specifically in the Democratic National Convention hack, they may well have known about it — and by knowingly or unwittingly leaking this to the CIA helped confirm Russia’s role. Bit by bit, we are being shown not just the scale of Russia’s hacking operations, but also the extent to which it mobilizes everyone from hackers to the domestic cybersecurity industry.”

The appearance of so many simultaneous leaks from the notoriously secretive world of Russian security agencies on such a sensitive issue has led some analysts to suspect that “information” is being fed to the media to further some unknown ulterior motive.

“Even the lawyers have often been unable to acquaint themselves with the details of the charges against their clients,” wrote the Kommersant business newspaper. “Because of this, it is worth treating with skepticism the altruism of those who risk their own freedom to tell the media about the charges against the FSB employees.”

In other words, we still have some way to go down the rabbit hole before the entire truth is known.