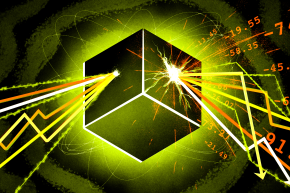 Computer scientists fear "black box" financial algorithms could bring us to the brink — what can we do to slow the rise of incredibly fast trading?

Picture a stock market. Are you thinking of a crowded bullpen of sweaty, frazzled men all screaming “Sell! Sell! Sell” into chunky black phones? That’s very “Wolf of Wall Street,” but these days the reality is a lot less…human. In the 1990s the computers came for the trading floor, and now, like with so much of our lives, the market is influenced by a dance of algorithms, black-boxed software doing its thing while the mere mortals mostly just watch. And as with all those other realms where computers have largely taken over, at least a few people wonder if that’s not a dangerous thing. The machines, you see, might just be too good. Or at least, too fast.

That’s one of the concerns around the high-frequency trading, in which algorithms make large stock trades at super-fast speeds. See, back when trades were done human-to-human, a seller might find himself with a bunch of bids arriving at the same time. That’s OK: Our lucky seller then had some discretion to choose among his multiple simultaneous offers, or even adjust his price and try to sell again. For computers, though, there’s really no such thing as “simultaneous trades.” When you’re working in the realm of digital precision, there are trades separated by seconds, or more frequently, milliseconds. And they’re happening constantly.

That fact is what enables high-frequency trading, in which traders take advantage of millisecond differences in the speed that information travels across the stock markets. Using high-speed connections as an advantage over competitors, they can make trades quicker than a the blink of an eye — and much too fast for any kind of human oversight.

High-speed trades executed by algorithms unchecked by any human judgment: you’d be forgiven if you think this sounds the backbone of every “computers gone amok” story. Worst case scenario? A market meltdown that destroys trillions of dollars in value before anyone can catch up with the computers. Take the Flash Crash. Around 2:32 p.m. on May 6, 2010, major stock indices suddenly and inexplicably plummeted. The Dow Jones Industrial Average dropped around 9 percent; for nearly 40 minutes brokers panicked as they tried to reverse the trend. Finally the market righted itself, but not before giving regulators serious cause to investigate the trillion-dollar blunder.

The causes of the crash are still debated; in 2015 authorities charged a single trader with using rogue software he’d reprogrammed to give himself a speed advantage. But critics have suggested he was a scapegoat for a much larger, systemic problem. Michael Lewis, author of Moneyball and The Big Short, laid much of the blame on high-frequency traders in his book Flash Boys. Others argued that HFT had actually helped stabilize the markets. (In late 2014, 10-year Treasury notes, among the most stable markets in existence, suffered a similarly inexplicable drop and recovery. Authorities again had no definite answers, but revealed that HFT had spread beyond the stock markets.)

More This Algorithm Decides Cases Almost As Well As A Judge

Regardless of whether HFT bears responsibility for the Flash Crash, it’s inarguable that technology has fundamentally redefined the stock market. The pace has quickened. One study found that in 2005, the length of time speedy traders had to arbitrage price differences — a financial practice in which an asset is purchased in one market for immediate resale in another market, when slight pricing differences between the two make this transaction profitable — was around 97 milliseconds. In 2011, that had dropped to an average of 7 milliseconds. And as things have gotten faster, critics argue, the industry has gotten away from its founding purpose: to find the best price for a stock or commodity on an open market.

IEX was designed to level the playing field again, to remove the technological advantage using a “speed bump,” a coil of fiber-optic cable that slows down access to its market by 350 microseconds. That tiny sliver of time, one one-thousandth of a blink of an eye, is enough, IEX believes, to remove the HFT advantage.

If that’s all it takes to make for a fair exchange, why don’t others follow suit? According to Aisen, the New York Stock Exchange and Nasdaq both earn more money from selling technology services that enable high frequency trading than from actual trading activity. “They make more money from selling co-location and fast data feeds,” he says — both of which allow firms to trade faster, taking advantage of split-second changes in trade prices that others can’t.

This creates a conflict of interest, he says. An exchange’s primary function should be to make sure trades happen at fair prices. But thanks to the speed race, they’ve got a secondary – more profitable – business selling technology services to a select few customers who are willing to pay for speed. “You can easily see why this problem has manifested itself,” says Aisen.

“Exchanges need to get back to basics, focus on providing a level playing field for all of their participants in terms of execution quality, and stop catering to a subset of their highest-paying clients at the expense of others,” he says. It’s a seemingly innocuous idea, but IEX had to fight a year-long battle against entrenched industry interests before it was granted license to act as an exchange from the Securities and Exchange Commission in late 2016.

It’s not that Aisen is a Luddite. Far from it. “There are a lot of benefits to be realized by making trading electronic,” he says, “but you can enjoy those benefits without having all these for-profit exchanges and middlemen deeply rooted in how the system works, often inefficiently.” In his view, he’s pushing for a fairer system that’s also more efficient and stable. He wants exchanges to make their money on the market they’re supposed to be creating, not on offering exclusive, high-speed access to those who can afford it. “Exchanges are the worst actor,” he says. “All the problems that have arisen, the exchanges, generally speaking, are those who are most at fault.”

For exchanges, catering to high-frequency traders can be big business. “I don’t think it’s possible with the data available to academics to get a precise number on the size of the prize in the speed race,” says Eric Budish, a professor of economics at the University of Chicago’s Booth School of Business. “I think it’s easy to get to $100 billion a year or more in net present value.”

That’s one incentive, Budish believes, that has skewed the exchanges, leading to firms competing not on price — creating a market in which buyers and sellers fairly negotiate — but on speed. Trading faster is an advantage worth millions of dollars. Take the example of Spread Networks, which in 2010 dug a fiber-optic cable between Chicago and New York at a cost of $300 million. Of course, there already was a Chicago-New York fiber connection. But the new cable traveled in a straight line and thereby reduced the round-trip communication time between the two cities by 3 milliseconds.

More The Worst Of Wall Street Is Taking Over Sports Betting

Those precious milliseconds were enough to justify hundreds of millions in investment. But Spread Networks quickly saw its speed advantage rendered obsolete thanks to advancing technology. More recently there’s been a handful of firms pushing into even faster speeds. Australia’s Metamako, for example, uses the tagline: “nanoseconds matter.” It’s pushing communication close to the speed of light. According to The Wall Street Journal, it’s selling 100 units every month to financial firms who pay $20,000 a time for the ability to execute a trade in just 85 nanoseconds.

Budish has carefully watched as the speed of trades creeps higher and higher, driven by competition. He sees the higher speeds as indicative of a deeper problem. “The high frequency trading arms race is a symptom of a basic flaw in the design of modern financial exchanges,” he says. The markets have become a world-wide, always-on, always-shifting system—one that doesn’t always serve everyone fairly. Right now, the speed game is one way to take advantage of the system’s opacity. (Remember that regulators still aren’t completely sure what caused the Treasury market’s sudden drop and recovery, and there’s plenty of disagreement about the Flash Crash.)

That opacity leads to a lack of confidence in the fundamental fairness of the system. Budish would like to pull back the curtain a little bit, to make clear the rules and make sure everyone is playing by them. “The word rigged gets thrown about a lot,” he says. “I think any time you can improve the transparency and efficiency of a market and increase confidence in it, I think there’s a benefit beyond efficiency benefit because you’re also increasing confidence in free market capitalism.”

To that end, he proposes a different kind of trading. Instead of traders grappling for millisecond (or nanosecond) advantages, he suggests moving to what he calls “frequent batch auctions.” Markets could still move incredibly quickly, but instead of a real-time free-for-all, trades would be processed in batches, collected into, say, 100-millisecond blocks. Each block would then be traded at the same time. The markets would still trade at incredible, inhuman speeds, but there’d be some rules imposed on timing, putting a damper on the speed race. “I don’t think it’s the number one policy issue in finance,” he says, “but I think it’s worth attention and worth trying to solve, especially since the solution is pretty simple.”

It may be a simple solution, but all the big money is moving in the opposite direction. Budish would like to see markets that are more transparent, more fair, and just a few milliseconds slower. They’d be slightly more human, maybe. But in the markets, as everywhere else, technology marches on, blazing its way into an uncertain future.