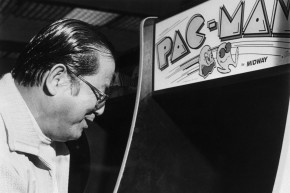 He was the founder of Namco, which developed many other classic video games

The man known as the “Father of Pac-Man has died at the age of 91. Masaya Nakamura, who also created “Galaga” and “Dig Dug,” died on January 22, according to the Associated Press, who reported on Monday that the death was confirmed by Bandai Namco

Nakamura in 1955 founded Japanese company Namco, which merged with Bandai 50 years later in 2005. His company launched with two mechanical horse rides in a department store and then expanded to video game arcades and amusement parks across the world in the 1970s.

In 1980, Namco released the first version of “Pac-Man,” which was designed by game developer Tory Iwatani. The first version featured the yellow puck-like circle chasing a quartet of colorful ghosts through a neon labyrinth, which eventually became a huge hit and a pop culture icon.

Iwatani and Nakamura got the idea for the game from the image of a pizza with a slice carved out. Nakamura allegedly chose the word “Pac” — “Pakku’ in Japanese — to represent the sound of the rotund character munching on Blinky, Pinky, Inky and Clyde (the red, pink, blue and orange ghosts).

“Pac-Man” is estimated to have been played more than 10 billion times and the Guinness World Record named it the world’s most successful coin-operated arcade game. It was even inducted into the World Video Game Hall of Fame in 2015.

The game has been adapted for many devices including PCs, cell phones, and handheld video game consoles. It’s also been remade several times for PlayStation and Xbox.

There are still no details on Nakamura’s death, but his family will host a private wake and funeral. Bandai Namco said there will be a separate memorial planned for the public.