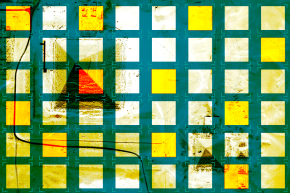 Citizen Scientists Can Now Look For Ancient Sites From Their Computers

Archaeology is far more than just a handful of world-famous sites like Machu Picchu, Chichen Itza, or the Great Pyramids. The entire planet is covered by signs of humanity’s countless past lives, just waiting to be rediscovered — or, if looters get there first, stolen and destroyed. That’s why archaeologist Sarah Parcak says she is launching a new online platform intended to turn an entire internet’s worth of citizen scientists into one gigantic field team.

The recipient of the 2016 TED Prize, Parcak has used her million-dollar prize to build GlobalXplorer. The site presents users with satellite imagery from all over Peru — Parcak says the plan is to expand to other countries over time — and asks them to identify potential sites or areas of interest. The hope is that this massive crowd-sourcing can make it possible to individually check through the estimated 80 million tiles representing about 80,000 square miles of the South American country. That’s a tall order, especially when multiple users are needed to check each tile for accuracy, but the early results appear encouraging.

Y'all are just amazing!!! In 8 hrs this is what YOU have done. So humbled and excited. pic.twitter.com/ytxxd1dOu6

The project is about not just the identification but the preservation of historic sites. In a conference call announcing the initiative, Parcak noted not only that looting is a serious concern throughout the world, but also that ISIS and other terrorist organizations have destroyed ancient archaeological sites. While that’s less a concern in the platform’s launch country of Peru, the goal is that users will be able to help Parcak and her team identify which sites that have been damaged by looters or other vandals.

The tiles that users see lack any geographic identifiers, meaning potential looters can’t use the platform to search for sites of interest. If the users do turn up something previously unknown, Peruvian archaeologists will take the data and head out into the field to try to find it. Parcak said the agreement with Peru’s Ministry of Culture is that any such archaeological digs need to be shared in real time with the entire GlobalXplorer team, meaning the archaeologists could soon be periscoping or live-streaming their digs.

Because staring at endless tiles could maybe get a bit tedious after a while, Parcak said there will be rewards and other game-like features to keep people coming back. There will also be weekly releases detailing a new aspect of archaeology, from a rundown on excavation methods to a look at Peru’s most fascinating ancient sites. The whole idea is to get people not just helping out on a specific project, but engaged with the larger mission of archaeology and preserving humanity’s history.

“What can we do to make sure the next generation of kids doesn’t grow up to blow up temples and loot?” said Parcak on the conference call. “How is it that we can really change the conversation and create a world in which people don’t just care about history but are a part of retelling it?”