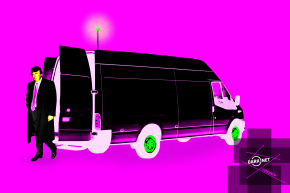 This Is How Many Stingray Devices Exist in Trump’s America

President Donald Trump is learning to reframe how he speaks about surveillance. On March 4, he claimed that former President Barack Obama had ordered Trump’s “wires tapped,” then later claimed “wiretap covers a lot of things,” prompting some members of Congress to try to capitalize on the moment to scrutinize what kind of spying, exactly, is legal when it comes to American citizens.

But even in this environment, there’s little hope of reforming a much clearer but unheralded form of spying: police use of stingray devices to track Americans’ phones. As Trump surveys the surveillance system at his disposal, he should know that there are at least 471 of the location-spying devices in the U.S. today, according to an exclusive Vocativ survey of known police and other official documents.

The term “stingray” is like “Kleenex” — in that it’s a brand name that became so prominent, it’s used to describe any similar product. The federal government tends to call these devices “cell-site simulators,” and they’re also known as IMSI catchers. Whatever you call them, they share a handful of things in common: They’re illegal for civilians to use; they’re expensive, ranging from some $40,000 to more than half a million dollars if you include accessories; their legality is still being figured out in our court system; and they vacuum up cell phone locations. Strikingly, only a handful of states, including California, Utah, Virginia, and Washington, actually require a warrant for their use, and to date there is no federal law that regulates them.

Depending on the make and model, stingrays may be used just to track cell phone locations, or they may also intercept live phone calls, read outgoing text messages, or scramble nearby cell phone signals. Stingrays vary in size, are often referred to as roughly the size of a suitcase, and are often carted along in either the trunks of police cars or, as is the case with the U.S. Marshals service, flown in planes to search for individual phones. And they’re everywhere.

Almost by definition, it’s impossible paint a comprehensive look at stingrays in the U.S. That’s largely due to the fact that, as the FBI has testified in an affidavit, the devices came with nondisclosure agreements and police departments and agencies often promise the FBI to never admit they have such devices. According to a 2014 memo uncovered by the investigative journalism nonprofit Oklahoma Watch, the FBI has instructed local police to use stingrays for “LEAD PURPOSES ONLY,” and states that they “may not be used as primary evidence in any affidavits, hearings or trials.”

“The big concern with stingrays is we still don’t know exactly how they’re used and where they’re used,” Jennifer Lynch, an attorney at the Electronic Frontier Foundation who specializes in privacy and civil liberties, told Vocativ.

That secrecy means it’s impossible for the public to know, at the moment, exactly how many stingrays are out there. But thanks to law enforcement purchase orders unveiled by Freedom of Information Act requests from the ACLU, FOIA journalism nonprofit MuckRock, and the Center for Human Rights and Privacy, as well as news reports from investigative reports at local news outlets around the country, Vocativ compiled all known stingray purchase orders across the country. The result is that state, county, and local police departments have acquired, between 2001 and 2015, a minimum of 124 stingrays (Additional stingrays are owned by federal agencies, more on that later). We’ve made the raw data available here.

Some law enforcement agencies don’t use stingrays at all. The Oklahoma Bureau of Narcotics and Dangerous Drugs, for instance, said in April their stingray had never been touched. Others make them a regular part of solving cases, like the NYC Police Department, which has used them more than 1,000 times since 2008. They’re often used for drug cases, though in at least one instance, police in Annapolis, Maryland, used an IMSI catcher to search for a man suspected of robbing a restaurant delivery worker of $57 worth of chicken wings and sandwiches.

Individual cases of people tracked with stingrays have only trickled into public knowledge in recent years, and are mostly only known when their use becomes public record in court testimony. One known case is Purvis Ellis, a man accused of being an associate to another man, Deante Kincaid, who was charged with shooting an Oakland Police Department officer in the wrist. According to OPD testimony, on the night of January 21, 2013, the department roused an off-duty officer to drive to the scene of the shooting and deploy a stingray in an attempt to locate Ellis by his cell phone number. He was unsuccessful. The next morning, according to an FBI affidavit, an agent came in with a stingray of his own. That device identified Ellis’s phone number immediately, though it took an hour of searching and an augmentation device unspecified in the agent’s testimony before precisely locating the phone. About an hour later, upon learning Ellis had been arrested, the agent testified, he purged the device of all data on Ellis.

There’s no single explanation for how stingrays proliferated in the U.S., though they were primarily used by the military in Afghanistan and Iraq before they became a common police tool. That technology existed at least as early as 1995, when the FBI used a cell location tracing device to track down legendary phone proto-hacker Kevin Mitnick. The Florida-based Harris corporation, which creates the vast majority of known law enforcement stingrays, trademarked its original StingRay device in 2003. But it wasn’t until after the 2007 or 2008 release of the StingRay II, which included a GPS antennae to upgrade its phone location tracking, that the devices began really spreading across the country.

There’s little doubt that the number of stingrays is only going to increase. Thanks to a major report ordered by the House Oversight Committee and released in December, the public now has insight into how many stingrays have been purchased by federal agencies. In total, there were 347, with the FBI purchasing 194 between 2011 and 2014 alone.

Members of Congress who want to create a set of federal rules to guide how police use stingrays have cited that study, and introduced a bill twice in the past two years to regulate the devices. So far, though, there’s been little interest in Congress, despite stingrays’ potential constitutional problems.

“The way that stingrays operate is they collect information about every phone that is in range of the stingray, and that’s a huge privacy invasion,” Lynch, the EFF lawyer, said. “The 4th Amendment to the Constitution protects all of us in the U.S. against unlawful searches and seizures and requires a warrant. This is definitely a search of cellphone info.”