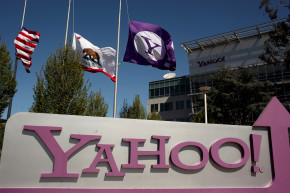 Yahoo Hack Reminds Millions That They Still Have Yahoo Accounts

In second embarrassing incident, the company announces one billion accounts were compromised

Yahoo reported that a data hack carried out in 2013 affected one billion user emails, an embarrassment for the already flailing tech company. But on Twitter, it was the reminder that Yahoo was still around that caused an uproar.

Who are these one billion people that use #Yahoo still?!?! #yahoohack

The security breach is the second reported case in Yahoo history and breaks the company’s own dismal security record. The company reported that the first heist took place in August, 2013, roughly a year prior to another breach that affected some 500 million users.

Both transpired under Yahoo’s CEO Marissa Mayer, who has been criticized for failing to reinvent the company since she took over in 2012. She oversaw expensive gambles such as a $1.1 billion acquisition of Tumblr in 2013, which she promised “not to screw up.”

Yahoo executives fear that the breach compromises a $4.8 billion deal made earlier this year to sell its digital operations to Verizon Communications — a deal which will likely be reconsidered if Yahoo users engage in a mass exodus.

But that would require Yahoo mail users to remember that they still have the account.

Yahoo said in a press release that it believed a “state-sponsored actor” which used fake cookies to be responsible for the two connected incidents. The endangered information included names, email addresses, phone numbers and birth dates, though not bank details, which are stored in a separate system.

Anyone still living in 1996 may be worried. Anyone living in the present should be ok. #yahoobreach