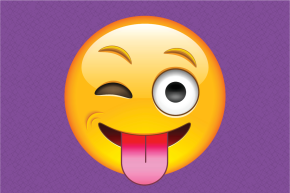 Emoji-Filled Domain Names Are A Thing You Can Actually Buy

The emoji URL of your dreams can be found at ❤️❤️❤️.ws, but you better act fast

The internet giveth, and the internet taketh away, but its currently blessing us all in the form of emoji domains. Yes, you can now register domain names comprised entirely of emoji. But if you think you’re getting in early, you’re already lagging — someone already grabbed the smiley face, the most popular emoji of all time.

According to Fast Company, we have GoDaddy to thank for streamlining the process of acquiring one of these domains. The company held an internal hackathon and the winner came up with this ingenious search engine for registering and searching for emoji domains. On the site itself, GoDaddy boasts that “Most people have no idea they can just type a bunch of hearts in their address bar and go to a domain. … and yet, here you are.”

The domains are compatible with all browsers, since they have ASCII codes associated with them, but you’ll never know the difference thanks to a technique called punycoding that converts the emoji code into visual form. The names registered have to be all emoji, though, not a combination of ASCII and emoji. GoDaddy explains further that this was once a difficult process due to the sophistication required with the coding, but that it’s now a moot issue.

“Emojis have exploded in popularity, becoming an essential part of the online vernacular, a GoDaddy spokesperson told Fortune, echoing what we all know to be an immutable truth. “Driven by the rise of mobile internet usage, which now accounts for over 60% of traffic, consumers are integrating emojis into their conversations on social media, messaging and beyond.”

But again, people are quickly snatching up these sites, which leaves you little time to figure out what your dream combination of emoji would be. It’s worth going simple and just buying 😍.ws. Oops, already taken. But ⚡.ws is not! But 💩.ws is. As is 💅.ws. But not 💅💅💅.ws!

If you’re not on a mobile phone, you can pull up the emoji keyboard with CTRL + Command + Spacebar to search on a Mac. And if you need help figuring out which combinations are running hot, try this seizure-inducing, realtime emoji tracker for ideas. Good luck out there! 💪 (Taken.)