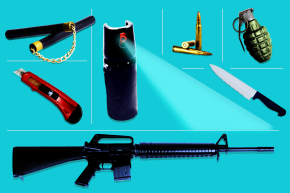 All 22,000 Weapons That The TSA Seized Last Year
By Allee Manning

All 22,000 Weapons That The TSA Seized Last Year

Despite all your griping, the agency does serve a pretty important function 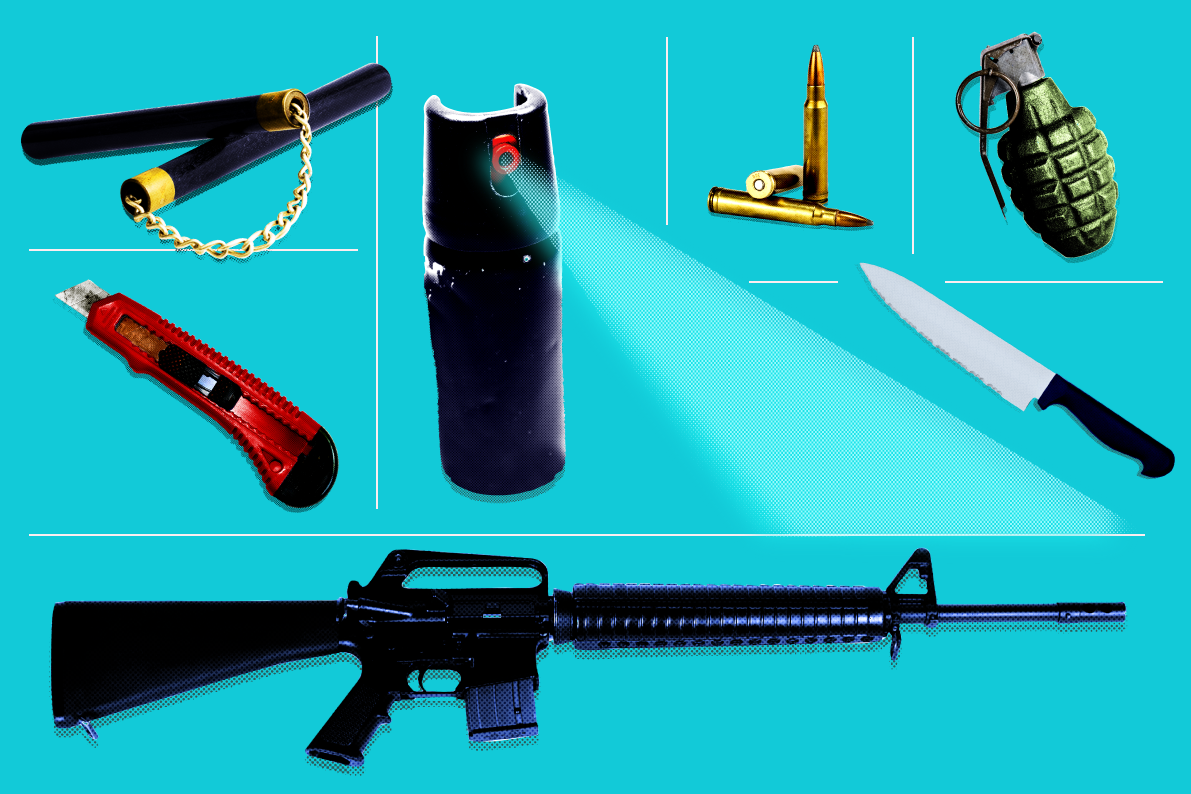 The Transportation Security Administration takes a lot of heat for making traveling through U.S. airports such a miserable, slow experience, prompting thousands of complaints per year.

But, despite all your griping, the agency really does serve an important function. A Freedom of Information Act request filed to the Transportation Security Administration by Max Galka of FOIA Mapper reveals that 22,196 prohibited weapons were confiscated from checked or carry-on bags last year.

Over 65 percent of all confiscated items deemed “actually dangerous/deadly” were gun-related, including whole firearms, detached parts of firearms, and ammunition.

According to the Associated Press, 83 percent of the 2,653 guns confiscated at airports last year were loaded. Let that sink in for a second. Loaded guns in the overhead compartment. Despite the fact that guns have been banned on planes for longer than the TSA has been in existence, 2015 was a record year for gun confiscations. (Judging by the TSA’s blog, which reveals that 71 firearms were found in carry-on bags last week alone, 2016 will be no different.)

With over 1,000 dangerous items confiscated in total, Denver International Airport had more TSA action than any other airport in the country last year. The most commonly seized items were parts of a firearm or ammunition. Last year, the Denver Post found that gun seizures in particular were occurring at a higher rate than in recent years, by a significant margin. Other than the fact that the year was also a record-setter in total passengers processed, a TSA rep was unable to pinpoint a reason for the increase. One TSA rep did note, however, that the most common reason people gave for attempting to take a gun on the plane with them (rather than in a declared, properly-packaged, checked bag stored outside of the cabin for the flight) is they simply forgot they were packing heat in their carry-on.

In order to showcase the “forgetfulness” (read: general stupidity) of American travelers, the TSA regularly posts photos of confiscated items to its social media feeds. There, they also often highlight some of the most bizarre requests. For the curious: you cannot bring a fire extinguisher onboard a plane with you, but you can bring a potato.