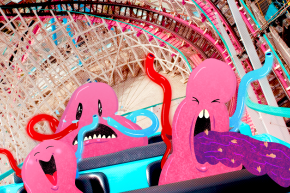 Could Roller Coasters Cure Kidney Stones?
By Joshua A. Krisch

After patients kept peddling the curious claim that Big Thunder cured their kidney stones, a team of urologists set out to test the odd theory 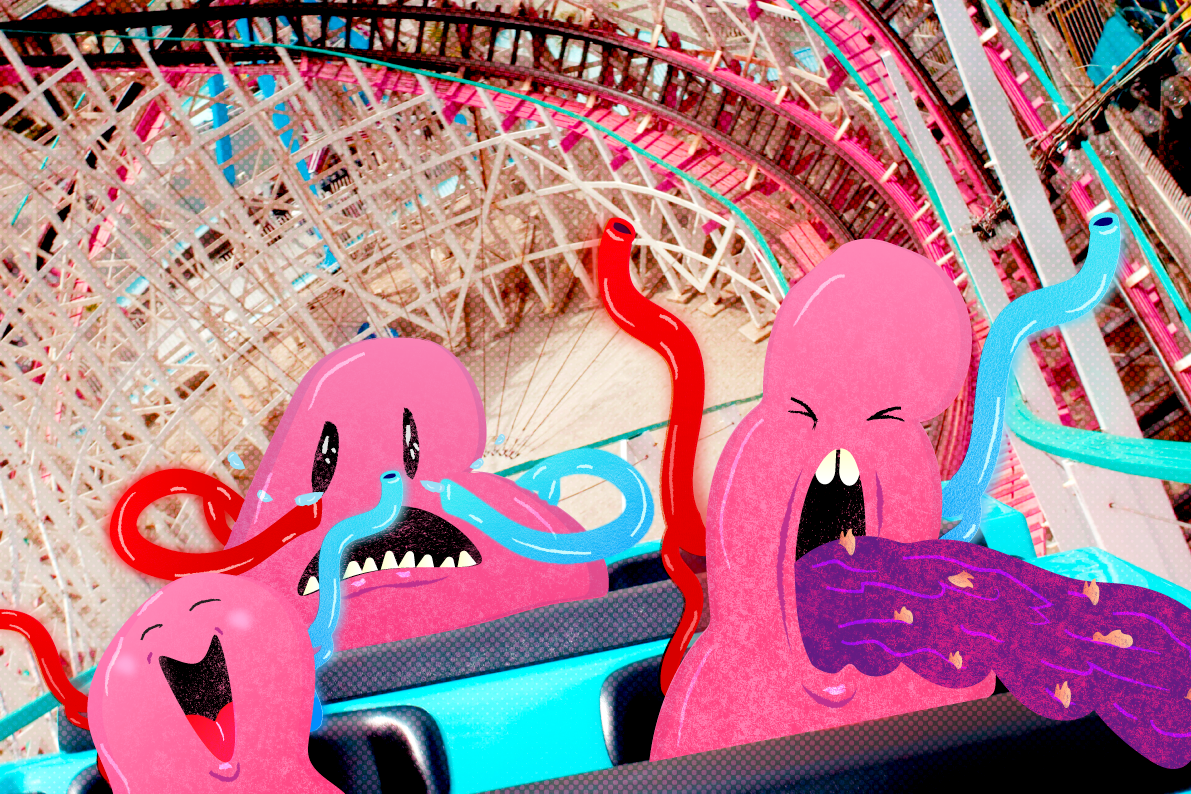 Roller coasters often get a bad rap from a public health perspective for causing injuries, death, and according to at least one small study, blood clots in the brain. (Never mind that you’re far more likely to die while driving to the theme park in the first place.) But now, a new study in the Journal of the American Osteopathic Association vindicates at least one famous Disney World roller coaster, with the unlikely claim that Big Thunder Mountain Railroad may help dislodge small kidney stones.

“Study findings support the anecdotal evidence that a ride on a moderate-intensity roller coaster could benefit some patients with small kidney stones,” said David D. Wartinger of Michigan State University, in a press statement. “Roller coaster riding after treatments like lithotripsy and before planned pregnancies may prevent stone enlargement and the complications of ureteral obstruction.”

It’s easy to be skeptical of the findings. First of all, they’re rooted in anecdotal evidence. The authors initially began studying the correlation between passing kidney stones and riding roller coasters when one of their patients reported that he passed a kidney stone every time he rode Disney World’s famous Big Thunder Mountain Railroad. Second of all, the findings are published in the official journal of the American Osteopathic Association — which has certified some of our country’s finest physicians, but, paradoxically, continues to tout ridiculous pseudoscience and alternative medicine.

So before examining the results, it is important to stress that this is a preliminary study and that patients suffering from kidney stones — an incredibly painful condition that can cause serious damage if left untreated — should ask their doctors before trying any roller coaster shenanigans.

For this study, Wartinger and his team used innovative 3D-printing technology to create a silicone model kidney, and then filled their model with urine and riddled it with three kidney stones. They then went to Disney World with their fake kidney concealed in a backpack and, with the park’s permission, started riding the roller coasters. After several preliminary rides on other roller coasters, including Space Mountain, they concluded that the Big Thunder Mountain Railroad was the ideal setting for their study. They then hopped on Big Thunder 20 times and analyzed their model after each ride.

Remarkably, they found that the smallest kidney stones passed out of their model kidney 64 percent of the time, when they were sitting in the back of the roller coaster. In the front of the coaster, the model kidney’s passage rate was far more modest — closer to 17 percent. They also found that even the larger kidney stones (64.6 mm, a size that would rarely pass without treatment) occasionally passed by itself on Big Thunder, depending on its position within the model kidney.

The study was only conducted on a model kidney (and no human or even animal subjects) so the findings are far from conclusive. But with more than 300,000 patients in the U.S. suffering from kidney stones per year, and roller coasters present in most major cities, the study does propose a tempting and amusing solution to a painful problem. And while the canon of osteopathic research remains marred by futile investments in acupuncture and glorified massage therapy, the study fits nicely with osteopathy’s guiding light — inexpensive, less invasive medicine.

“The osteopathic philosophy of medicine emphasizes prevention and the body’s natural ability to heal,” Wartinger says. “What could be more osteopathic than finding a relatively low-cost, non-invasive treatment that could prevent suffering for hundreds of thousands of patients?”