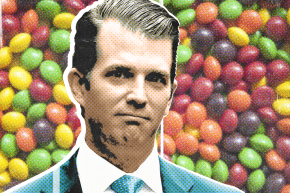 The Trumpling was then shamed on social media 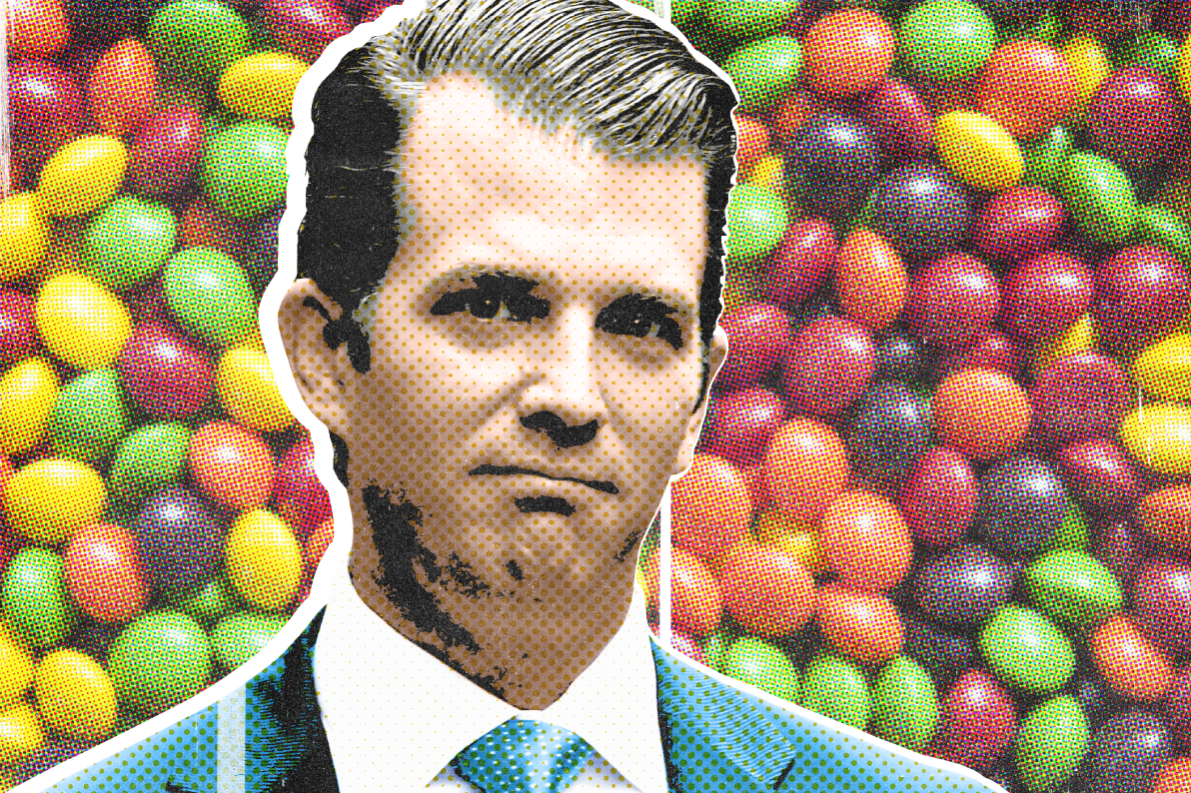 Donald Trump Jr. — son of the Republican nominee — compared America’s nonexistent Syrian refugee problem to skittles. What could be objectionable about that?

The thinking behind this graphic — a meme that often gets trotted out after attacks — is that Syrian refugees are just like the delicious, iconic fruit-flavored candy. But some of these candies, say three in every bowl, will kill you. (If normal skittles were like this, boy, someone, probably Mars Inc., Skittles’ parent company, would sure have a lawsuit on their hands!) The inference Trump Jr. wants to draw is that these murderous skittles are terrorist Syrian refugees. They look the same as the other skittles, but they will kill you. Therefore, the only sensible thing to do would be to not let any Syrian refugee skittles into your bowl — since no candy beats murder-candy.

Leave it to the public relations team at Mars, a candy company, to explain why this is a bad analogy.

Indeed candy and people are different. (Of course, the man accused of bombing Chelsea and New Jersey this weekend was not Syrian.) So, some on social media took offense at the idea of looking at Syrian refugees, who have endured immense hardship, as if they were tiny fruit candies.

Hey @DonaldJTrumpJr, this is one of the millions of children you compared to a poisoned Skittle today: https://t.co/SDSGw0eUIP pic.twitter.com/HuhY9RGvWW

This image says it all. In 1939 900 Jews on ship fm Nazi Germany to USA were sent back. 25% died in Holocaust. Not skittles @DonaldJTrumpJr pic.twitter.com/vbvQMFYquF

This is not the first time Donald Trump Jr. has said something widely condemned. Just last week he proclaimed that the media has been easy on his father’s rival Hillary Clinton, and that if Republicans had done what Clinton has supposedly done the media would “be warming up the gas chamber right now,” comparing the potential treatment of Republicans by the media to one of Nazis favored methods of mass murder in holocaust.

Update: The photographer who took the photo of the bowl of Skittles that Trump, Jr. used says Trump did not have permission to use the image. “This was not done with my permission,” David Kittos, told the BBC. “I don’t support his politics and I would never take his money to use it.”

And in a delightful twist, Kittos also noted that he is a refugee — now a British citizen, he fled Greece as a child during the Turkish occupation.