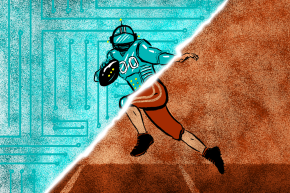 Female QBs And Robot Coaches: How Football Imagined Its Future
By Jack Moore

Female QBs And Robot Coaches: How Football Imagined Its Future

Nearly 40 years ago, top football minds were asked to predict the future of the game and boy were they hilariously wrong 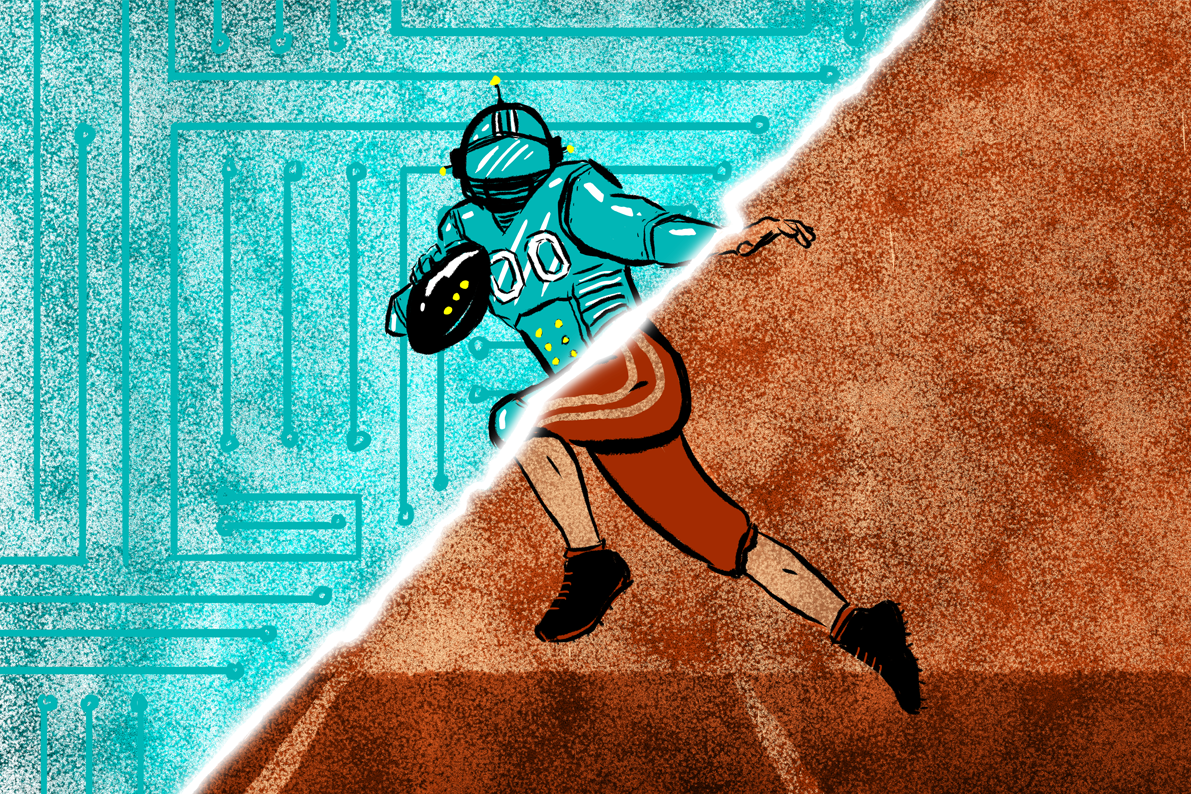 There are few games with the capacity to stoke our imagination for the future quite like NFL football. In 1979, Frank Deford of Sports Illustrated actually went and asked coaches, executives, and others around football what they were dreaming of for football at the turn of the millennium in a feature titled GRIDIRON 2000.

In a few cases, Deford’s football subjects appear downright prescient, but predicting the future is hard and, unsurprisingly, many of the predictions offered in GRIDIRON 2000 have proven to be completely wrong, and others are downright nonsensical. Even where our plucky predictors fail, however, they provide us with a fascinating window into the imagination of those around football nearly four decades ago.

Let’s start with what they got right. Even as early as 1979, football people were aware that the game would eventually face an injury crisis. “It’s a very tough, very hard game, and I think more and more it’s going to be played by the so-called underprivileged,” Marv Levy, Bills coach and eventual Hall of Famer, said. “It’s too tough, too physical a game for a society that’s become so affluent. Kids can get the same great cardiovascular exercise from soccer.”

Many of Deford’s interview subjects offered similar sentiments. “Again and again, whenever soccer was mentioned, the response was that it was no threat to football in terms of spectator appeal,” Deford wrote, “but that the brutal nature of football might increasingly repel middle-class American kids, driving young athletes into safer activities, such as soccer.”

“You get to thinking about Swedish mothers, the Danish stock of people, raising bigger, stronger people,” John Ralston, a longtime head coach and then 49ers executive, said. “I kiddingly once said that football players would be bred in the future, but now I wonder if that’s such an impossibility.”

But somehow, nobody made the explicit racial connection — that the result of football repelling “middle-class American kids” would mean more and more poor black football players. Legendary coach Bum Phillips came closest. “Maybe the football players will come from someplace else. The best lineman in the country might be on the streets of L.A., and not at USC — and we’ll find a way to find him.”

Indeed, college football recruiting of the inner cities, not just in Los Angeles but in places like Miami as well, swiftly rose in the coming decades. Conferences like the SEC that had some teams remain all white into the 1970s — the first black players for Louisiana State University and Ole Miss appeared in 1972 — swiftly began recruiting the black talent that had been in their backyards the whole time.

Predictably, the NFL’s black population has steadily grown since. About 50 percent of the NFL’s players were black in 1979, a number that has risen to 68 percent in 2015.

But not a single one of Deford’s subjects predicted that there would be a black head coach. That’s not to say football people couldn’t imagine new figures in coaching, though. Just ask John Madden.

“The coaches will begin to dress alike, and maybe there will be a machine out there doing the coach’s job,” Madden said. “It’ll be second and four, the guy will punch a button on his chest and — wonk, wonk, wonk — he’ll say, ‘O.K., run off tackle.’”

Not surprisingly, imaginations ran most wild when it came to technology.

“There’ll be a little metal fleck in the football, so you can tell for sure whether the guy with the ball got over the goal line or was pushed back,” Tex Schramm, Cowboys general manager, suggested. Schramm was also convinced computers were coming for his job. “There won’t be any more old scouts sitting in the stands watching a practice. And there’ll be no mistakes on draft choices.”

Nobody, though, could approach the seemingly unbounded musings of one Byron Donzis, the eccentric inventor of an inflatable flak jacket who had become the NFL’s go-to for new equipment inventions.

”The quarterback will have a calculator in his helmet,” Donzis said. “It will be on his Lexan visor, so he’ll be able to see readouts based on percentages and statistics to determine the ideal play to run.”

That was about as tame as it got from Donzis. “We’ll see equipment that will be supportive of body functions. I’m visualizing devices that will allow a player — a receiver, say — to jump two or three feet higher than he does now. Or we’ll put a strong enough biomechanical device on a quarterback’s back so he can pass 150 yards, which will be important, because the field will have to be that large by then.”

He went on and on, suggesting there would be women quarterbacks because of their “higher tolerance for pain,” playing surfaces would be made of inflatable materials, stadiums would be powered by solar-equipped seats, and the athletes themselves would be trained by computers, not coaches.

Others weren’t so excited about technology creeping into the game. Steelers owner Dan Rooney feared the players becoming “robots on the field.” Cowboys coach Tom Landry triumphantly declared, “We’ll continue to fight the mechanization of football,” even as he oversaw the most sophisticated advanced statistics department in football at the time.

But Donzis’s craft — a lifetime of inventing sporting equipment ranging from foam tennis courts to inflatable running shoes — gave him a different perspective from the typical football man, one which went hand in hand with imagining alternate futures for the game.

He was also convinced football would need to evolve, not just to avoid families flocking to safer games like soccer, but because the game would need to be more intellectually stimulating to maintain the attention of the television generation, growing up bombarded with what was then a stunning amount of information.

“I can’t wait for today’s kids to grow up,” Donzis said, “not only the ones who can play football, but the ones who will understand it. You’re going to have to be so much more involved in the game.”

Of course, most of Donzis’s suggestions turned out to be way too far-fetched — perhaps he was just ahead of his time, but for now, power packs and robot coaches are confined to the domain of video games, not real flesh-and-blood football.

As for why, football is too conservative of an institution, too entrenched in its ways, to embrace the kind of innovative mindset characterized by Donzis. That’s why, aside from Donzis, so many of Deford’s subjects foresaw a league that was mechanized but otherwise effectively the same, with white men in leadership positions and black athletes doing the grunt work.

The NFL of 2016 has a few things our football predictors couldn’t foresee — replay reviews and head coaches of color chief among them. But for the most part, the game played on the field would be quite recognizable to those making predictions 37 years ago. Strategies and contact rules have changed, but the game remains the same gladiatorial contest it was then, still played by men in helmets and pads on grass and turf, and still far more popular in America than soccer.

Considering all the alternative futures presented by GRIDIRON 2000, our current timeline seems flat-out boring. Hopefully the power packs will be on their way soon, but I’m not holding my breath.