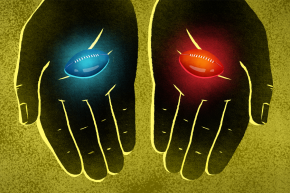 Spies & Lies: The Hidden History Of The NFL’s War On Drugs
By Jack Moore

Spies & Lies: The Hidden History Of The NFL’s War On Drugs

The NFL wants to run a drug-free league, but its endless war is hardly a noble effort 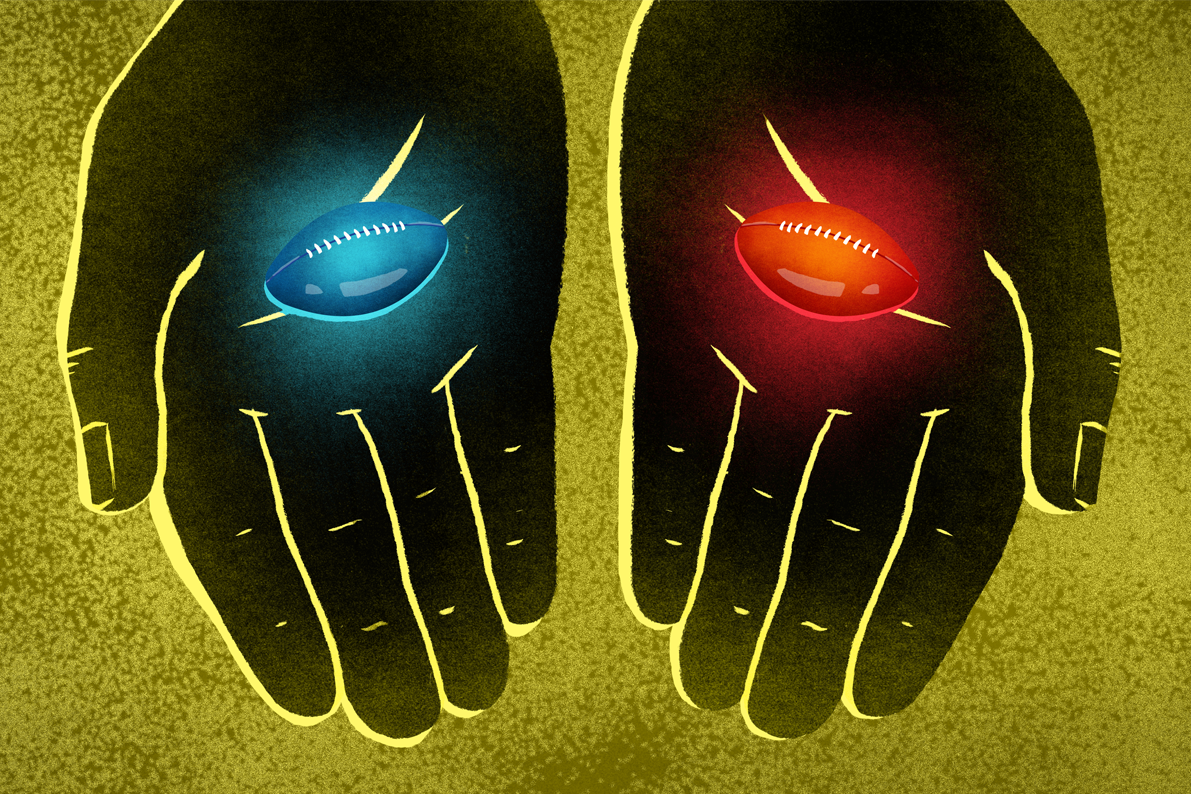 Josh Gordon has been reinstated to the National Football League after an “indefinite” suspension for trace amounts of marijuana found in a urine analysis. The Cleveland Browns wide receiver—one of the few bright spots on Cleveland’s roster this decade—has missed 28 games since 2013 thanks to the league’s substance policy, all over a few joints. He’s already begun attracting interest from teams around the league.

Gordon is also the perfect example of the NFL’s drug policy, which since the beginning has been all about placing 100 percent of the blame on the players, all to save face for the public.

To understand the NFL’s zero-tolerance attitude towards drugs—particularly drugs like marijuana, which is not performance enhancing but remains illegal in most of the United States—it’s worth revisiting the league’s early history with drug scandals.

In 1969, former San Diego Chargers defensive lineman Houston Ridge filed a class-action lawsuit against the team alleging his career-ending injuries were in part caused by steroids and amphetamines that were issued to players by the team itself.

That lawsuit was eventually settled, but then-NFL Commissioner Pete Rozelle was well aware of the negative press that would come if the league became associated with drug use—and drug users.

Three years later, the San Diego Chargers under coach Harland Svare hatched one of the more hare-brained schemes in NFL history. The 1971 Chargers were a mediocre 6-8, and the plan to rejuvenate the franchise was to acquire a number of “problem players” from around the league, chief among them aging defensive end and eventual Hall of Famer Deacon Jones.

To manage those personalities, they brought in a psychologist from the University of California-San Diego, Dr. Arnold Mandell, a man who took his medical duties seriously. Mandell was an academic with no experience in the jock’s world that is the NFL locker room, and he had no idea what he was in for. He detailed his experiences in an autobiographical account entitled “The Nightmare Season.”

Mandell was supposed to help with the team’s drug problem. At one of his first days of training camp, Svare asked Mandell to have a talk with the players about drugs without the coaches around.

“I don’t think that just posting signs in the locker room with a lot of warnings signed by the Commissioner is going to do anything,” Svare told Mandell. “The league’s attitude about dealing with the drug problem reminds me how my father dealt with sex. Mean looks and lots of no talk about it.”

Multiple players told Mandell that with the team’s amphetamine distribution being monitored, they had turned to illegal sources of drugs. Training camp was also filled with rumors that Commissioner Rozelle’s recently created NFL Security had its spies monitoring the training camps of certain teams—and considering the Chargers’ role in the Ridge case, there was fair reason to bet San Diego was one of them.

“The players that smoked pot instead of drinking booze had developed full-fledged paranoia,” Mandell wrote. “They saw informers everywhere.”

Some of the players saw Mandell as the only safe team employee with whom they could openly talk about drugs. One veteran brought Mandell a tiny black capsule he called a “black beauty.” “That’s what some of us have to use before games now that there’s no way to get doctors to give us real medication,” the player said. “We can’t even talk to anyone about it. So we go to Tijuana or around southeast San Diego and get these things.”

A number of veterans had become addicted to pre-game stimulants; others refused to take the field clean knowing they would be facing physical giants filled to the gills with speed. Mandell’s approach was to help those who wanted off the stuff by prescribing lower and lower doses, ensuring the players were not only working towards eliminating their addiction, but also that they wouldn’t have to rely on nebulous street drugs like the black beauty.

Mandell insisted on keeping full medical records, which meant it was only a matter of time before the NFL’s investigators discovered what he was up to. Indeed, shortly after the 1972 Super Bowl, Chargers owner Gene Klein received a letter from Rozelle indicating the league had evidence of drug use within the club.

“Significant punitive measures must be taken,” Rozelle wrote. “You and Harland Svare will, of course, be directly involved. In addition, my information indicates that Dr. Arnold Mandell, whom you state you have consulted in these matters, instead of helping may be contributing to the difficulties.”

Mandell eventually discovered the NFL not only had evidence from interviews with Chargers players and coaches, but NFL Security had also obtained his confidential medical records from the California State Board of Medical examiners. “The NFL had no right to these records,” Mandell wrote. “How did they get them? When I called the field investigators of the State Board of Medical Examiners with this question, they dismissed it with apologies, talking about ‘inevitable cross-talk in the intelligence community.'”

NFL Security has kept up its spying ways ever since, with multiple instances on record of both players and potential draftees having been under surveillance by NFL-affiliated former FBI agents.

Why bother? One of those former agents, Warren Welsh, told crime reporter Dan Moldea in “Interference: How Organized Crime Influences Professional Football,” “Our worst case would be the athlete who is strung out on drugs and has a line of credit with his drug dealer and can’t pay the bill,” Welsh said. “Then he gets that knock on the door. And he says, ‘Hey I told you I can’t pay the bill.’ And then [the dealer] says, ‘Hey, I don’t want your money, but now you’re going to work for us.'”

The NFL took a zero-tolerance approach to drugs for no reason but public relations, whether it was the potential bad press from the revelation that players needed uppers to get psyched up for games or from a drug using player who has been strung along by his dealers. They had absolutely no interest in Mandell’s approach to helping players use uppers less often and without having to rely on a black market. Player safety was not on their radar.

Mandell was handed an unofficial lifetime ban from all NFL locker rooms, even though the prescriptions he wrote were totally legal. The NFL, meanwhile, has continued to punish drug use with zero tolerance, even with the rising evidence that marijuana could be useful for dealing with the head injuries that ravage the league.

Today, the NFL still pretends to hold the moral high ground when it comes to drug use, even as teams have weekly Toradol sessions to manage the inevitable pain of playing the game and over a third of retired players in one survey reported abusing prescription opioid painkillers at some point in their career.

Commissioner Roger Goodell wrote in a letter to Gordon, “But as you acknowledged, ultimately, your future is your responsibility. I have every belief that you can make the right choices, but it will be up to you to do so.”

Goodell can claim all he wants that Gordon’s suspensions have had anything to do with morality all he wants. But all it takes is one look at the NFL’s hypocritical and shady history regarding drug use to destroy the facade. The NFL’s drug policy has nothing to do with “the right thing” or with keeping players safe. The league’s only concern, as always, is keeping its nose clean in the public eye, whatever it takes.