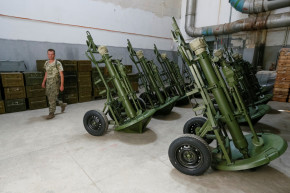 Russia has accused Ukraine of a terrorist incursion into the Crimea, but Ukrainians are convinced the story was manufactured in order to justify another military invasion 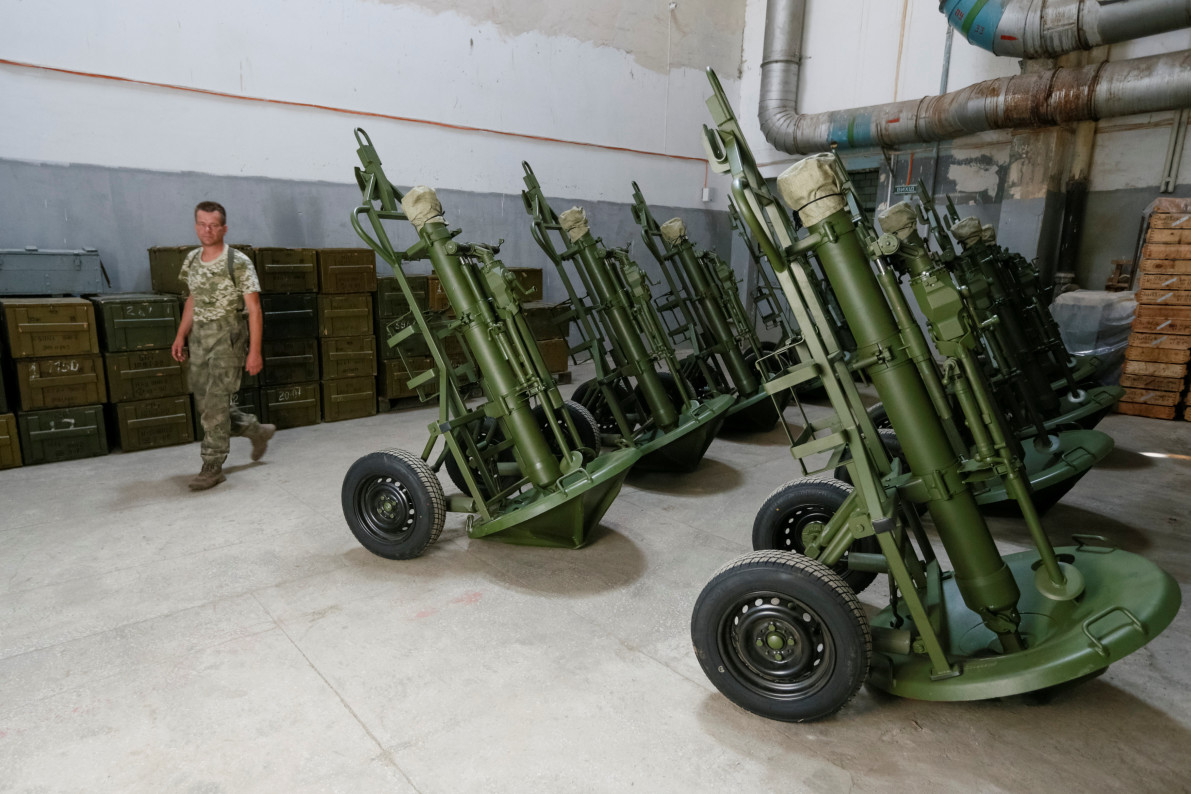 Talk of full-scale war has erupted on the edge of Europe again after Russia accused Ukraine of plotting “terrorism” in annexed Crimea, and Russian President Vladimir Putin suspended peace talks scheduled to take place on the sidelines of the upcoming G20 summit.

Ukrainian officials have denied all charges and have placed Ukrainian troops near Crimea and the Donbass region. The region has been been in conflict for two years, with Russia-backed troops facing Ukrainian forces. Now the situation has heated up, with troops on high alert.

Moscow claims that two Russian servicemen died in Crimea as the result of a Ukrainian incursion that took place last weekend. So far, two Ukrainians have been named by Russian security officials, who called them “terrorists” and claimed they had carried out a “terrorist incursion.” One of the suspects, Evgeny Panov, a former soldier who served with the Ukrainian armed forces in the Donbass, was paraded in front of cameras with visible bruising on his face.

According to Panov’s brother Igor, who spoke to Ukrainian media, Panov, a native of the Zaporizhya region of southeastern Ukraine who appears to have no ties to Crimea, may have been abducted by the FSB, Russia’s main security agency.

“I’m afraid that Evgeny was kidnapped and brought to Crimea not only because they want to identify him as the organizer of some unbelievable conspiracy,” Igor told journalists. “This could be the Kremlin’s way of justifying a full-blown offensive against Ukraine.”

Panov was echoing widespread fears among Ukrainians that Putin has manufactured a mirage of a crisis in order to justify a renewed attack on Ukrainian territory, allowing Russia to expand its sphere of influence beyond the Crimea and Donbass region.

On an edited video posted by a pro-Kremlin news site, a visibly injured Panov is shown confessing to plotting sabotage in Crimea, and naming several co-conspirators, all allegedly with ties to the Ukrainian military. It is unclear whether or not the confession was extracted under duress. In the end of the video, in a close-up shot, Panov appears visibly emotional.

Ukrainian officials have vehemently denied any involvement in violence in Crimea. “This kind of FSB statement is nothing more than an attempt to justify the relocation and aggressive actions of Russian military units on the temporarily occupied peninsula,” the Ukrainian Defense Ministry said in a statement.

A Ukrainian security official, who spoke to Vocativ on condition that his name be withheld, said that the rumor in Kyiv is that the Russian servicemen who died in Crimea may have been “sacrificial lambs” used by Russian security to justify restricting freedoms on the peninsula.

The official alleged that one of the men killed outside [the Crimean town of] Armyansk had been previously involved with Ukrainian security in the pre-annexation days.

“Russians never trust a turncoat,” the official said. “[The Russian FSB] could have killed two birds with one stone—get rid of an ‘unreliable’ officer and accuse Ukraine of doing it.”

For its part, the FSB insists that it prevented major terror attacks on the peninsula. According to an FSB statement, the aim of the attacks was “destabilization of the socio-political situation in the region during preparation for elections.”

Russia is set to hold parliamentary elections in September of this year, and Crimea will take part for the first time since annexation.

Putin minced no words when responding to the allegations made by the FSB, accusing Ukraine of “playing a dangerous game” and calling Kyiv’s actions “stupid and senseless.”

In a surreal moment on Twitter, Russian radio station Ekho Moskvy ran a poll to determine whether or not Russia should attack Ukraine following allegations of a terror plot:

As of press time, over two-thirds of those polled had voted against such measures.

Whether they have any basis or not, the terror plot allegations are going to be used by the Kremlin for leverage, most experts agreed.

According to Anton Barbashin, managing editor of the Intersection journal, which focuses on analysis of Russia and beyond, allegations of terror will be used to push Crimeans to vote for United Russia, the ruling party:

Author and political analyst Sam Greene believes that Crimea will now be used by Putin to pressure the West on Ukraine, and cut “terrorist Kyiv” out of the equation completely:

Some observers, including German foreign policy expert Ulrich Speck, noted that a full-blown Russian invasion of Ukraine was not likely:

In Ukraine, Putin does not need to win a battle. It's enough to scare and intimidate the west, that gives him leverage everywhere.

The Guardian’s Luke Harding took the opposite view, pointing out that Putin has a fondness for military operations following Olympic games in particular:

“His previous invasions have coincided with Olympic Games, a time when the international community is distracted or on holiday—Georgia in 2008 after Beijing, and Ukraine in 2014 after the Winter Games in Sochi,” Harding wrote.

There was widespread consensus, however, that Russia may use the situation in Crimea for internal crackdowns.

Such theories were given extra weight following a statement by the head of the Crimean government, Sergei Aksyonov, who said that “Saboteurs should be treated like farmers treat crows that steal the harvest —they should be killed and hanged on the border, so others don’t follow their example.”

Earlier, Aksyonov had accused the U.S. State Department of involvement in the alleged Crimea terror plot. “Kiev lacks the spirit for such an independent move,” Aksyonov told Russian state media.

Accusing U.S. diplomats of directly provoking instability in Russia is a Russian political tradition of sorts. In 2011, for example, Putin accused then Secretary of State Hillary Clinton of masterminding protests following allegations of voter fraud in the previous round of Russian parliamentary elections.

On Ukrainian television news, announcers are emphasizing that the army is on high alert. Manufactured or not, this crisis is far from over.