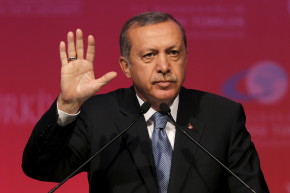 Turkey’s Failed Coup: Why No One Saw It Coming
By Selim Can Sazak

Turkey’s Failed Coup: Why No One Saw It Coming 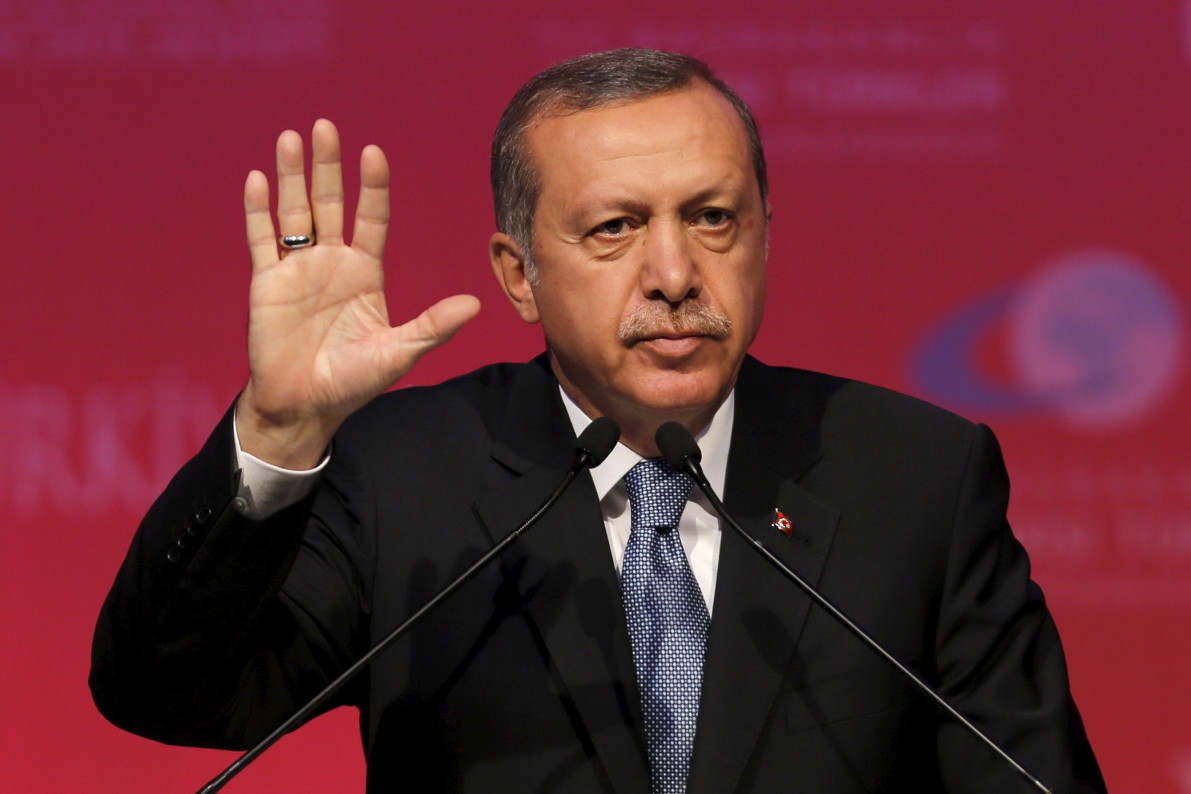 The failed attempt of junior military officers to overthrow the government of Turkey’s President Recep Tayyep Erdogan and replace it with a junta was essentially an act of despair. There was almost no chance of it succeeding. Turkish society has changed too profoundly over the past two decades; even among Erdogan’s opponents, there is no taste for a military regime.

But this analysis is the product of ruefully accurate hindsight. The fact is that even the most experienced, expert analysts of the Turkish polity were completely surprised by last Friday’s attempted coup. No one saw it coming. It is clear now that even well-informed analysts misjudged the deep divisions within the Turkish army, and their potential for political upheaval.

For years the army was the self-appointed guardian of the secular state. But Erdogan, with his impeccable political instincts, has expanded his power exponentially while leaving his opponents, the so-called secular elite, helpless and at sea.

Turkey has seen a military coup almost every decade in its recent history—1960, 1971, 1980, and 1997, with as many failed attempts in between—so the people know far too well what it looks like when the army overthrows the democratically elected government. But this coup was not like any of the others. It had several noteworthy, unprecedented elements.

In previous coups, we did not see this level of violence on the streets. Tanks rolled over cars, helicopters fired on civilians, jets bombed the house of parliament and pro-Erdogan police battled with soldiers who had been ordered to support the coup.

This time the leaders of the attempted coup, the ironically named “Council for Peace at Home,” failed to take control of all the broadcasting services, which is one of the most basic and essential elements of a successful coup.

And then there was the bizarre scenario whereby the anchor of one television news program was forced by soldiers to read an on-air statement that asserted the military was in control, while Erdogan addressed the nation on another television station via FaceTime, calling his supporters to the streets.

During previous coups, mosques did not play any significant role. This time, the imams recited calls to prayer from the mosque loudspeakers all night long, rallying Erdogan supporters to come out to the streets in a show of opposition to the coup.

And in no previous coup did flag-waving, club-wielding mobs take to the streets, chanting “allahu akbar” (God is great) as they savagely beat soldiers and dragged their dead bodies along the ground. This is what we saw on a viral video that showed an angry mob storming a tank position on the Bosphorus Bridge.

Which brings us to the crucial role played by social media platforms.

It escaped the notice of almost no one that Erodgan and his party, which had become notorious for censoring social media platforms, used them with great sophistication to muster a critical mass of street opposition to the coup. Moreover, those people who caused the massive spike in social media activity were not from the highly educated, tech-savvy urban secular class. They were from Erdogan’s party, the AKP, and its supporters.

Whose coup is it, anyway?

As evidence to support this analysis, they point to the nationalist newspaper Aydinlik, which recently published a list of the initials of army officers who were supporters of Fetulleh Gulen, the exiled Islamist leader whose movement has been classified by Turkey as a terrorist organization. Aydinlik newspaper is owned by an ally of Erdogan’s.

Many of the coup’s alleged leaders, including its suspected mastermind, were on that list published by Aydinlik. The officers perhaps attempted a poorly planned, hastily executed coup as a last resort before they were fired.

Several people I spoke with pointed to Erdogan’s calm demeanor, the unannounced family vacation he took last week, and the well-organized mobs as proof that Erdogan had advance knowledge of the attempted coup.

Could the president have known about the attempt and decided to call the organizers’ bluff? If so, that would make Erdogan a political poker player who’s willing to play for very high stakes. But he has proven many times that he possesses excellent political instincts; one should not dismiss this scenario.

Some observers wondered why the military generals, long viewed as the protectors of secularism and long perceived as opponents to Erdogan and his Islamist AKP, did not take take advantage of the opportunity created by the junior officers to rally behind the coup.

This analysis is predicated on a widespread misconception about the army. The fact is, Turkey’s generals are not really that militant about secularism.

The taboo on political Islam was broken by the 1980 junta, which empowered both Turkish nationalism and religious conservatism against the then-ascendant political left and the surge of Kurdish separatism.

“We all believe in one true God; his one true messenger, the Prophet Mohammad; and his one true word, the Quran,” said the leader of the 1980 junta, Kenan Evren, to rapturous applause. “Why are we not standing as one?” These are hardly the words of a committed secularist.

In recent years, the gap between Erdogan and the generals has narrowed perceptibly. Early on, Erdogan angered the generals with his attempt to establish civilian control over the military, and with his diplomatic campaign for peace with the Kurds. But he has since abandoned his reform agenda. Meanwhile, the peace talks are stalled over Erdogan’s refusal to ally with the Kurds against ISIS in Syria. Hostilities with the PKK, Kurdish separatist fighters in eastern Turkey, have begun again.

The main driver behind the Erdogan-army rapprochement, however, is their shared animosity towards Fethullah Gulen, the Pennsylvania-based Islamist cleric accused of orchestrating this week’s coup attempt.

Gulen is an elusive, murky figure. His modern Islam movement, Hizmet, is believed to have millions of followers worldwide, including an unknown number in Turkey, and billions of dollars in assets. The generals have long considered Gulen a national security threat. They accused him of masterminding an alleged coup plots that ended with hundreds of army officers jailed between 2007-15, as a means of helping his disciples rise up in the military ranks.

Erdogan and Gulen were once allies, but their relationship turned to one of enmity in 2013, when Gulen released wiretaps that implicated Erdogan’s inner circle in a widely publicized corruption case. Since then, Erdogan and the generals have been aligned under the aegis of an old motto: My enemy’s enemy is my friend.

Doomed from the outset

A coup would not have won much support anyway, even from Erdogan’s fiercest opponents. The 1980 junta, which was characterized by the arrest of over a million people from all backgrounds, with many convicted by military courts on false confessions, is a powerful collective trauma for the Turkish people.

Erdogan is a charismatic orator who proved his governing skills as the no-nonsense mayor of Istanbul before going on to lead the AKP to victory and becoming president. He is a tougher adversary than the generals have ever faced. His power has deep social roots in a base that shares his conservatism and profits from his populism. As they proved this week, they are not afraid of a fight. The coup was an unpopular move against a popular, populist leader. As such, it was doomed to fail.

And now, the crackdown

Following his success at putting down the attempted coup, Erdogan is going to become more authoritarian. As we have seen already, he has seized this opportunity to purge suspected Gulenists from all branches of the public sector, from the judiciary to the educational system and including the military. So far, 50,000 people have lost their jobs and 9,400 have been arrested.

Erdogan has also banned a long list of independent media outlets. He will likely ram through the parliament some of his unpopular proposals, like granting citizenship to the country’s three million Syrian refugees, paving the path to an executive presidency.

Another worrying factor that casts doubt on the future of the secular Turkish republic is the role mosques played in political organizing during the coup attempt.

More worrying still is the possible reinstatement of the death penalty. In the massive rallies Erdogan’s party organized all around the country this week, hundreds of thousands chanted “death to traitors” and “bring back the death penalty.” Both Erdogan and Prime Minister Yildirim have already implied this is a possibility.

If Erdogan were to bring back the death penalty, he would risk alienating both the western powers and the Kurds. The founder of the PKK, Abdullah Ocalan, has been in an island prison since he was captured in 1999; now he could face the gallows. And since none of the European states have the death penalty, Erdogan would effectively destroy any faint hope Turkey still had of joining the EU.

Erdogan might not care about any of these things. Leading government figures like Deputy Prime Minister Suleyman Soylu have already been tacitly implying that the U.S. was behind the coup plot. To support his contention, Soylu pointed to the involvement of the Turkish commander of the military base Incirlik, which is also home to an important American airbase. If Washington refuses to extradite Gulen, and so far the Obama administration says it cannot do so without hard evidence, it is easy to imagine how Ankara will spin this narrative.

The only thing we know for certain is that Turkey is sailing full speed ahead into dangerous waters.