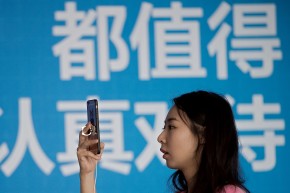 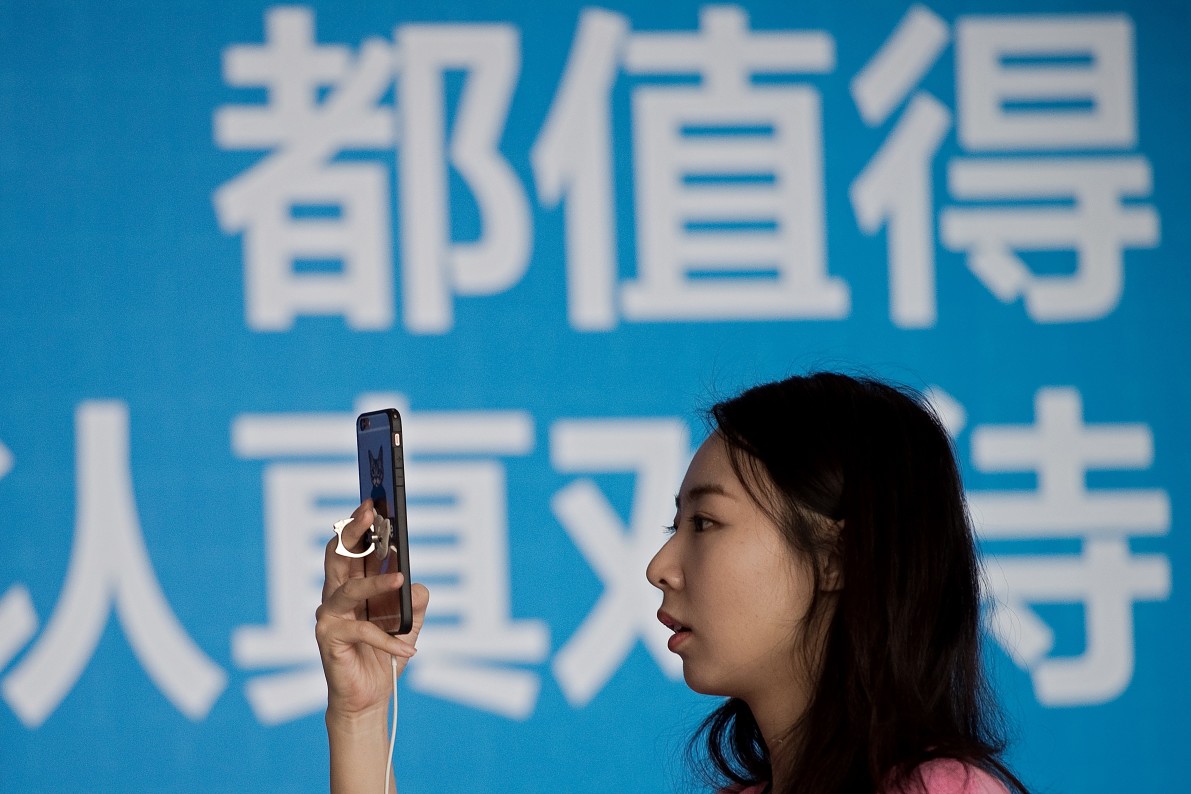 A woman at the Global Mobile Internet Conference in Beijing, April 28. — AFP/Getty Images
By Brian Patrick Byrne and Yonatan Amrany
Jun 26, 2016 at 11:07 AM ET

More than 40 percent of respondents to a poll published on China’s Sina Weibo believed the UK should have voted to remain in the European Union, offering some insight into how Chinese youth reacted to last week’s historic referendum.

More than 45,000 users on the popular social media platform voted in the poll, titled: “Britain out of EU was successful, what do you think?” Out of 46,527 respondents, 43 percent chose the option: “Getting out of the EU has unfavorable prospects for the UK.” Another 36 percent voted: “Getting out of the EU is a good thing for the UK.” The remaining 21 percent said they didn’t care about the outcome.

More Guess Who Loves The Brexit: The Russians

The Chinese Weekly, a UK-based Chinese newspaper, created the poll and posted it on Sina Weibo after the results of the Brexit were announced on Friday. The paper, which reported heavily on Brexit and its aftermath, has a following of more than half a million users on the social media platform that is extremely popular among China’s youth.

The EU referendum was also discussed more generally on Sina Weibo. More than 280,000 posts in the 24 hours after the UK’s decision to leave the EU was announced discussed a “topic”—similar to a hashtag—that was dedicated to the referendum. The “topic,” #BritainOutOfEUReferendum#, was also viewed more than 890 million times on the social platform since late last week. On Friday alone, it was the no. 1 trending topic on Sina Weibo.

Comments on the platform were mixed, with some supporting the decision and others spouting reasons to condemn it. “A clever man’s practice, He’s a good politician,” one user wrote under a post reporting on David Cameron’s decision to resign from his position as prime minister. “Only socialism can save Britain,” another user posted.

In statements over the weekend, Chinese officials also indicated mixed sentiment toward the referendum’s result. In a statement published by CCTV, China’s state broadcaster, a spokeswoman from the country’s ministry of foreign affairs said: “China notes the result of the referendum on UK-EU relations, and respects the choice of people of the UK. China has always looked at and developed both China-UK and China-EU relationships from a strategic and long term view. China supports Europe in choosing its own path of development.”

That statement appeared to be at odds with China’s finance minister. On Sunday, Lou Jiwei said the decision “will cast a shadow over the global economy,” and added: “The repercussions and fallout will emerge in the next five to 10 years,” the BBC reported.