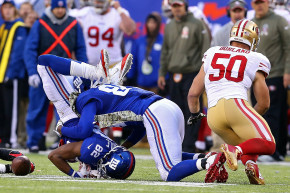 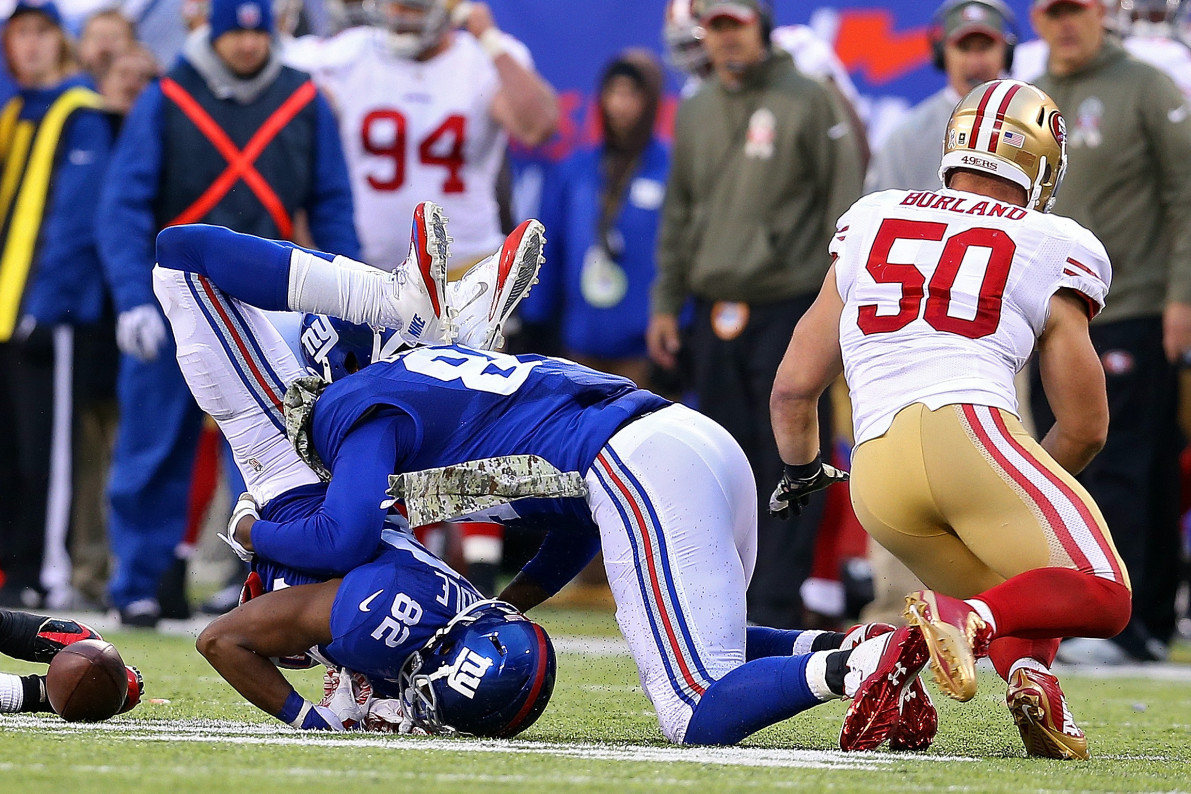 Early Wednesday morning, lawyers for a group of former NFL players suing sporting goods manufacturer Riddell revealed documents proving the company, the league’s official helmet manufacturer from 1989-2014, has known for half a century about the dangers of head injury in football.

“There are a vast amount of documents that show that football leagues were well aware that helmets were designed after auto racing helmets to prevent from skull fractures and that they failed to reduce concussions at all,” said Jason Luckasevic, an attorney for the players filing suit. “There was significant funding and studies that showed them these critical facts.  Yet, they failed to share that significant health risk with any athletes.”

The report, from a paper published in 1970 by the National Academy of Sciences and supported by the Office of the Commissioner of the National Football League, reveals that both the league and the helmet company were aware of design shortcomings in football helmets and facemasks that could lead to long-term injury.

This lays out in black and white terms that the NFL and top researchers knew as early as 1969 that even the most advanced football helmets could not prevent concussion or irreparable long-term damage, and adds substantial heft to the players’ case.

The suit includes allegations that Riddell’s helmets were flawed at the time of their design, that their product was “defective and unreasonably dangerous,” and that the company failed to warn the players of the proximate dangers of its helmets or the fact that there were other, more effective helmets available on the market.

In the report, Dr. Jess F. Kraus of the University of California-Davis writes, “The basis for addition of the face mask was the intuitive feeling that a bar of sorts would protect the player’s face from direct blows. There was no experimental trial to evaluate the effectiveness of face masks. Some physicians are now challenging their effectiveness on the grounds of an increased incidence of head and face injuries directly or indirectly attributable to it.”

More The NFL Is Failing To Protect Player Privacy

Dr. Kraus adds, “Many authorities in sports medicine believe that the cause of many head injuries is directly related to the design of the helmet. No epidemiologic studies, however, have compared the efficiency of the different types of helmets available.”

In a separate chapter, Dr. Allan J. Ryan writes about the advent of the modern helmet, pioneered by Riddell, with hard plastic shells and steel facemasks.

“…[I]n the face mask we have a lever that the rules committee considers potentially so dangerous to the integrity of the neck that a 15-yard penalty is imposed for grabbing it. We have a helmet that provides extraordinarily good protection of the head, compared with models of 20 years ago, but 90 percent of the fatalities in football today are due to head and neck injuries, and there are many boys who survive but suffer irreparable brain damage or are paralyzed from injuries to the brain and spinal cord. This very good piece of equipment is being used as an offensive and defensive weapon — purposes for which it was never intended.”

This study, of course, is not the only evidence against Riddell. The company’s development of a hit sensor system (HITS) in 2003, coinciding with the introduction of a warning that players need to sit out of games after suffering potential concussions, features heavily, as does a discredited study in which Riddell claimed one of its helmet models, the Revolution, could reduce concussions by 31 percent. The FTC found in 2014 that Riddell had no standing to make that claim.

But this new evidence is important because it allows the players to show concerns over head injuries have been present for almost the entire history of the modern-day football helmet design championed by Riddell.

The truth stands in stark contrast to what former Steelers doctor Julian Bailes told Frontline’s League of Denial, “We didn’t really relate that in a modern sport like football, in a helmeted sport, that it could lead to that.”

These documents prove that questions were being asked about the ability of the football helmet to protect the athlete’s brain, both in the short-term and the long-term, and multiple doctors doubted the intelligence of the design of football helmets. The epidemiological studies suggested by Kraus never happened.

Despite repeated warnings about the dangers of facemasks, dating as far back as a 1962 report in the Journal of the American Medical Association, they have remained a standard in all helmet designs. And knowing that helmets cannot and will never be able to eliminate concussions, Riddell has hidden that information and instead marketed their product as the ultimate football safety device on the market.

Riddell declined a request for comment on this story.