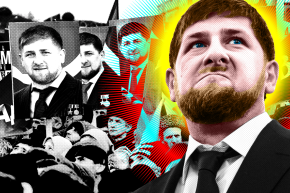 Why Is The Kremlin’s Man In Chechnya Promoting MMA Fights?
By Felix Biederman

Why Is The Kremlin’s Man In Chechnya Promoting MMA Fights? 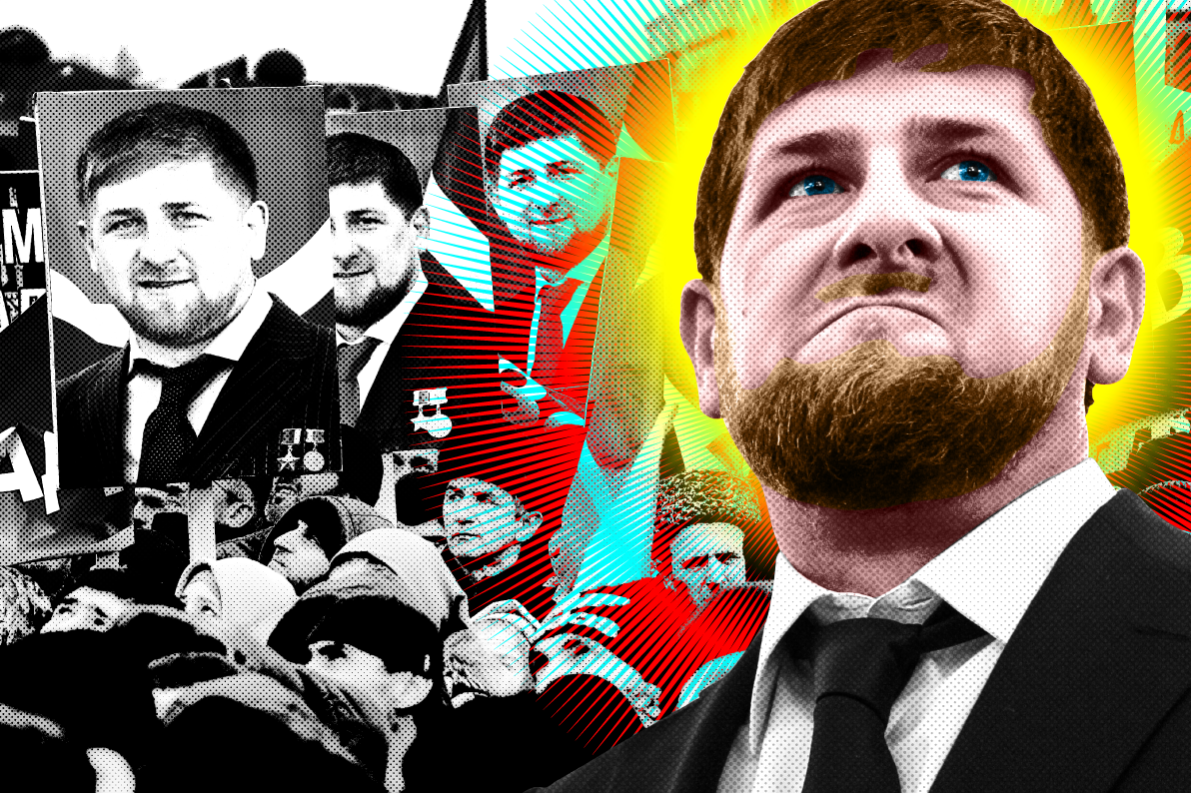 The April 9th World Championship Akhmat Fights “Grand Prix” event in the Russian Federal Republic of Chechnya is at first glance a typical, if not uncommonly good, B-league fight card. On further inspection, it’s a much stranger affair than a first glance would ever suggest.

Hosted in the once-ruined Chechen capital of Grozny, WCAF is Head of the Chechen Republic Ramzan Kadyrov’s baby. So much so, in fact, that two special force troops from his personal “Kadyrovsty” militia will be squaring off.

Kadyrov cuts a strange figure as a politician. His father and the namesake of his fight promotion, Akhmat Kadyrov, led a powerful militia in Chechnya that fought against the Russian Federation in the two brutal Chechen wars from 1994-96 and 99-2000. While the first war concerned Chechen independence, Akhmat was one of many Sufi Muslim Chechens who had to draw down on Salafist Sunni partisans who were flush with money and weapons from Gulf states in the second war.

The “Wahhabization” in Chechnya got so fraught that he decided to give up the fight against Russia despite the massive civilian casualties inflicted by Moscow’s forces. He became the Kremlin’s man in Chechnya, ruling as President until he was killed by a bomb in a soccer stadium in 2004.

That’s when Ramzan, who once served as his father’s personal driver and bodyguard, took his place. Ramzan developed a special rapport with now-Russian President Vladimir Putin, and has pledged his fealty ever since.

Kadyrov’s long-running relationship with Putin is made all the more bizarre by his behavior. He has an Instagram unbecoming of a government official, dances at weddings with a pistol in his waistband, and has been accused of ordering assassinations of political enemies at home and abroad.

But back to WCAF and why it exists. Chechnya has a culture deeply rooted in combat sports. It’s a breeding ground for Olympians in both wrestling and judo, such as 3-time Olympic gold medalist Buvaisar Saitev, 2008 Greco Roman Olympic gold medalist Islambek Albiev, and 4-time World Freestyle Wrestling Champion Salman Hashimikov. And just like in the American Midwest, a deep talent pool produces overflow.

Competitors that may have qualified for Olympic teams in other countries end up having to go to other sports to make money. Given their backgrounds in wrestling, sambo, and judo, as well as a culture that prizes hardened physicality, MMA has been a natural fit for several Chechens.

The sport is now teeming with Northern Caucasus talent and, as a result, has become quite popular in Chechnya. For someone like Kadyrov, who regularly stars in training videos, directly promoting the sport is smart politics. While he may put on the appearance of a profligate strongman, he’s a cunning politician who knows how to rally his base.

For all of Kadyrov’s foibles of conspicuous consumption and alleged political violence, the reason he hosts these events and associates himself so closely with the larger MMA world is quite ordinary.

The use of MMA in his public image is well-crafted retail politics. That is to say, Kadyrov is using the age-old political tactics of focusing on local events and activities that rely on cultural signifiers and shibboleths unique to his political landscape. It may seem like a mundane answer given his past, but every (alleged) warlord with a lifespan as long as Kadyrov’s is a gifted retail politician who engages more violently than their pallid Western counterparts (if you count Predator missile strikes and F-16 air assaults as notwithstanding).

Hosting fights is a signifier unique to his location, and affirmation of the sport is affirmation of Chechen popular culture. It’s the same thing as Ted Cruz smearing his face with gunk and going duck hunting, John Kasich seeking the endorsement of Urban Meyer, or Nigel Farage’s omnipresent pint-and-cigarette routine.

It’s also similar to how Kadyrov has addressed the challenge of Wahhabism. He has been reaffirming his commitment to Chechen Islam, but also made some more deft political moves. In January of last year, he helmed a massive protest against Charlie Hebdo. He’s also taken advantage of his relatively free reign from Moscow by coming out in favor of more hardline religious codes with regards to alcohol, gambling, and honor killings.

It’s up for debate whether Kadyrov really is this devout. After all, he was jammed up in a decidedly haram video that took place in a sauna. Still, positioning himself as a defender of more conservative Muslim values is a way for him to triangulate his position and win over Chechens who may otherwise entertain Wahhabism or even insurgency.

So why now? Why has Kadyrov gone from just hitting the pads on Instagram to actually promoting his own fights in the last year? Well, the time just prior to him starting Akhmat had been a bit rough.

For one, he’s faced a lot of criticism in Moscow, especially within the FSB intelligence body due to the aggression of his security forces and alleged reckless political murders. There’s also Syria and Iraq; scores of Chechens have joined the Islamic State, where they make up a lot of the group’s military strength (most foreign fighters are seen by ISIS management as fodder for suicide attacks, whereas the Chechens are seen as experienced fighters not to be wasted). If just a few return home, Kadyrov could be confronted with another war against hardline Wahhabists.

So far, he’s retained his power skilfully. Earlier this year, he offered that he may not seek another term as the Head of the Chechen Republic. This forced the Kremlin to reaffirm their support for Kadyrov publicly by reifying their endorsement of him in the face of broad criticisms. This reaffirmed support of Kadyrov came thanks to his ability to keep the region relatively calm, which serves Putin’s goal of keeping the lid on Chechnya, regardless of alleged human rights abuses.

Every game, however, has its wrinkles. If fighting is retail politics in Chechnya, Kadyrov isn’t the only buyer in town. Royals from wealthy Gulf states have been buying their way into MMA, and they’ve been finding fighters from the Northern Caucasus to be amenable to their sponsorship.

This could possibly be cause for alarm from Kadyrov, who no doubt has fond memories of the last time Gulf royals with big checkbooks came in and bought influence with tough military-aged males during the late 1990s. There are rumors of royals from the powerful al-Nayhan family of the United Arab Emirates buying mansions and cars for fighters, but as with anything concerning money flowing from monarchs in that part of the world, it’s hard to pin down.

Regardless, Sunni monarchs who directly oppose Russian goals in their part of the world are buying influence among the MMA-watching audience of Chechnya.

More intrigue comes thanks to Kadyrov’s personal history in the Gulf. Sulim Yamadayev, a turncoat to his regime, was assassinated in Dubai 6 years ago. To this day, it isn’t clear whether Yamadayev was under any protection by Dubai authorities, but it was nonetheless embarrassing for the UAE that someone was shot dead on their streets and the authorities felt like they couldn’t do a damn thing to the member of Russia’s Duma who they think ordered it.

Amidst all this, there are the opposition figures in Russia who allege that Kadyrov has ambitions beyond Chechnya. After all, he’s only 39 and has already commanded unparalleled power as a regional leader in the most troubled region of the Russian Federation. But for now, it looks like he’s consolidating power in his region during the sort of turbulent times that all strongmen eventually face.

He just happens to be doing it in his best fight promoter costume.