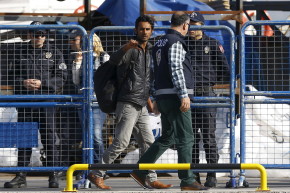 Europe Is Quietly Shipping Migrants To Turkey
By Umar Farooq 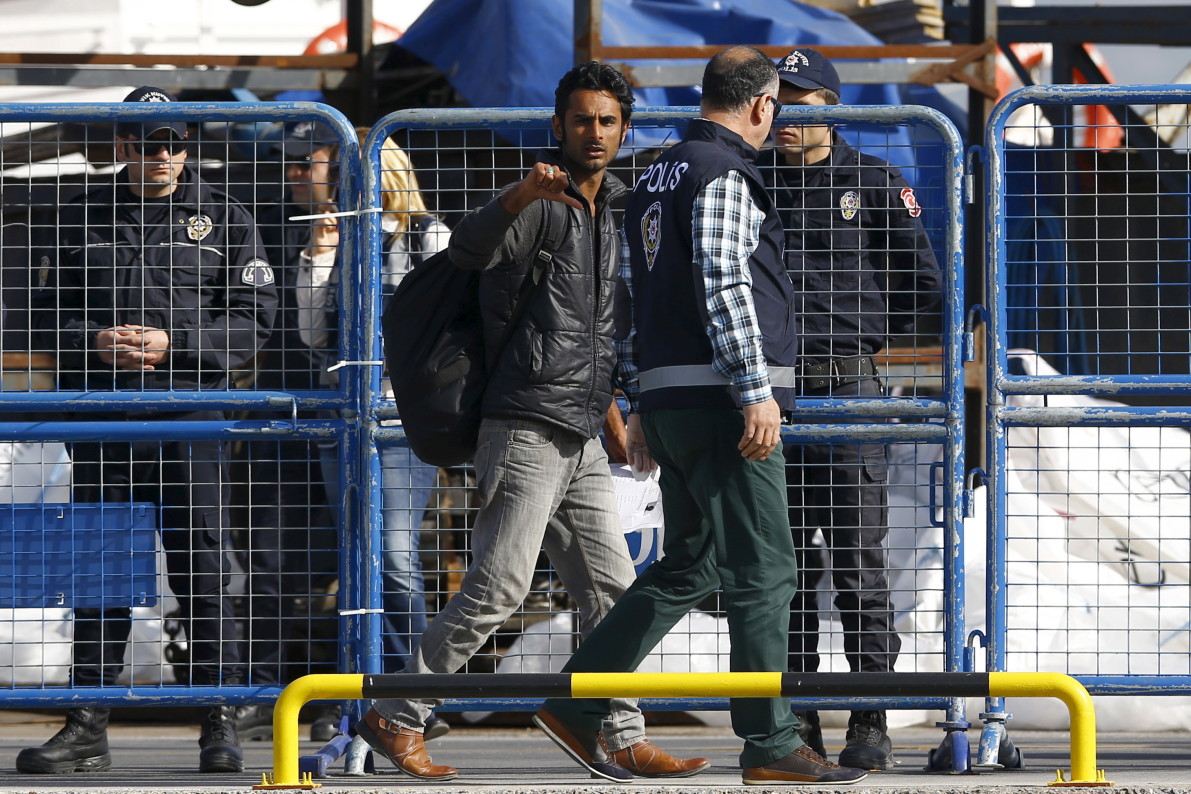 Three boats carrying 202 people, mostly Pakistanis and Bangladeshis, arrived in the Turkish town of Dikili Monday, carrying the first of up to 72,000 people Europe will return to Turkey in an effort to stem the tide of migrants attempting to reach the continent. In Dikili, a small seaside town only 12 miles from the Greek island of Lesvos, police put up enormous blue tarpaulins to block the view of all those who’d gathered to watch the migrants’ arrival.

Under the agreement between the European Union and Turkey, all migrants, including refugees from Syria, will be returned to Turkey and reprocessed. Each migrant returned is then exchanged for one migrant who will be granted asylum and brought to Europe. The deal is meant to alleviate concerns among EU nations that some of the migrants are not facing life-threatening situations at home, or could be potential militants coming from war in Iraq and Syria.

In the lead-up to Monday’s events, the town of Dikili was the scene of protests, as locals complained about their own safety and the disruption to their otherwise tranquil and scenic home.

Turkish officials were unusually mute on where the arrivals were taken. Rumors circulated that they’d been sent to a facility near the Bulgarian border to be processed and quickly deported back to their home countries.

Just across Dikili’s clear waters sat the island of Lesvos, the foothold more than 800,000 people pegged their hopes on as the first step towards a better life in Europe. Hundreds have died crossing this water, and even Monday, as hopes for asylum seemed at their dimmest, the Greek coastguard rescued 50 people nearby. The Turkish coastguard rescued another 72 near Dikili.

From the island of Lesvos, Thomas Schneider said activists attempting to stop the transfer were themselves thwarted by secretive police actions. Most of those returned to Turkey Monday came from the Moria camp, which hosts more than 3,300 people and has been closed to human rights groups for weeks. “The police acted very sneakily,” Schneider told Vocativ. “They were supposed to move people out at 10am, but at 3am they took people onto buses and moved them to shore.”

While some activists continued with their protests, Schneider said many others had left Lesvos “because they were disillusioned. “Protests against deportation of refugees were held, but they didn’t work because the refugees had already left in the morning.”

More Migrants Decry Deportations: ‘This Is The End Of The Road’

Schneider, who works with a network of international activists called Coordination Klio, has been helping greet migrants at the shore and bring them to a facility run by Médecins Sans Frontières (MSF) for a month now.  Even though EU agreement went into force last month, Schneider said migrants continued to arrive, some 700 in the last week alone. At the MSF facility, the migrants are given medical and other aid, and informed about their rights to seek asylum before being handed over to the Greek coastguard, who take them to camps like the Moria facility.

“Three weeks ago authorities closed off all free movement at the camp, with no one allowed to leave, and migrants told they are being legally detained,” Schneider said. “But they were not told about the asylum process … no one is allowed inside now unless they have approval from the Greek government.”

“Most people who arrive [to Lesvos] don’t actually know the political situation, that they will be deported, and it sucks telling them,” Schneider said. “Some do know, but they have escaped such hardship with their lives that their only choice is to come here.”

“There is a real lack of transparency of the asylum process and who is getting asylum, and if there is a full asylum process,” said Connor Fortune, an Amnesty International official monitoring the process in Lesvos.  “There are quite a large amount of people here at the moment, and it’s challenging at best to ensure everybody has a full and thorough asylum process.”

Fortune is particularly concerned that Syrians and Afghans are being returned to Turkey, where recent reports say authorities are sending them back to their home countries with little regard for their right to asylum.

“Everybody should be processed on a case-by-case basis under international refugee law,” he said.  When it comes to Turkey, “the idea you can brand an entire country safe, and see someone’s passport from a particular country and send them back carte blanche makes a mockery of the whole system.”

In Dikili, locals and tourists thronged cafes and restaurants by the seaside, as Turkish police continued to cordon off the port. Where the 202 newly-arrived migrants had been taken was still a mystery, as was who would be next to arrive on the ferry from Greece.