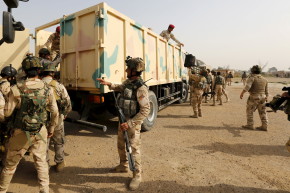 Operation To Retake Mosul From ISIS Begins
By Sarah Lynch

U.S.-led coalition airstrikes are backing the operation that's been brewing for months 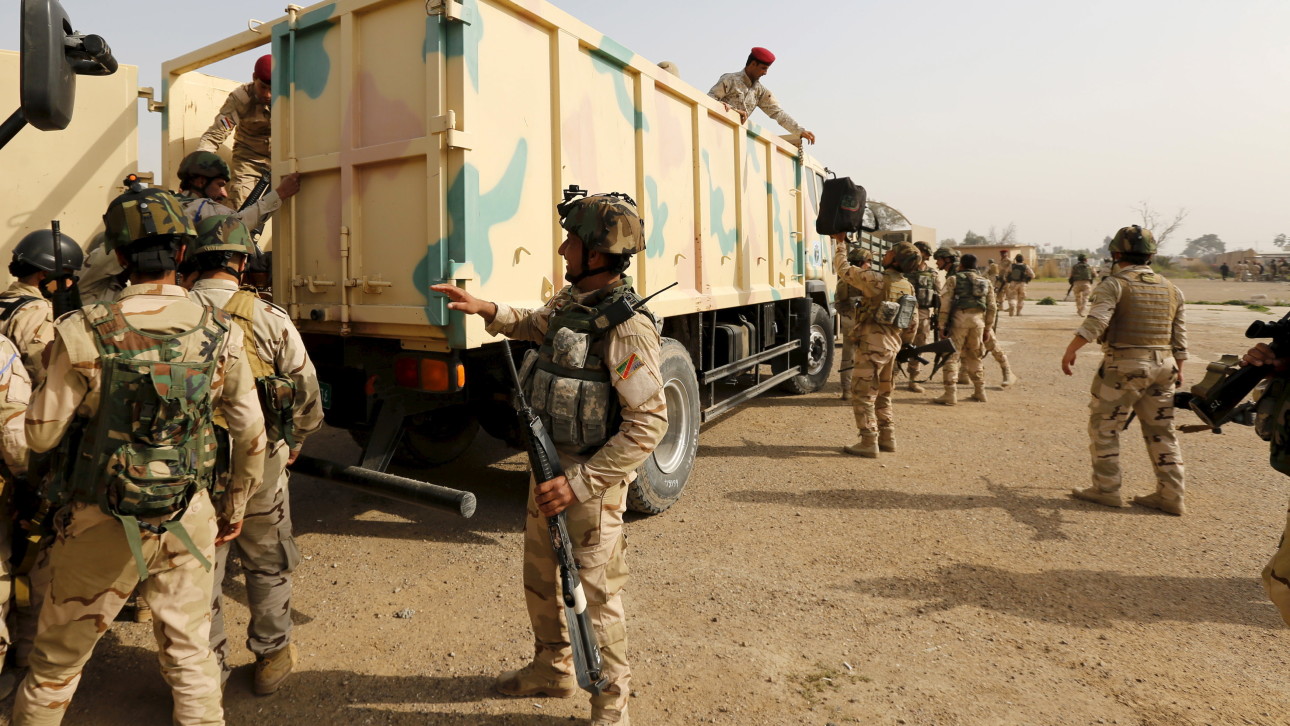 Iraq said an operation to pull the country’s second-largest city—the city of Mosul—from the grip of the Islamic State started on Thursday.

Iraqi special forces posted an image on the messaging app Telegram that they said showed the forces right before “the Conquest Operation.” “We announce that the first phase of ‘the Conquest Operation’ to liberate Nineveh was launched, in order to liberate several towns and raise the Iraqi flag in them by the hands of heroes from our heroic forces,” the special forces said in its Telegram post, uncovered by Vocativ.

More Mosul Residents Urged To Prepare For Battle Against ISIS

A Twitter account affiliated with Shiite militias, who are fighting alongside the Iraqi army against ISIS, also declared in a tweet early on Thursday that Mosul is their “next victory.”

In the long-awaited push, backed by U.S.-led coalition airstrikes, Iraqi forces already recaptured some villages on a town east of Mosul, the spokesman for the Joint Military Command, Brig. Gen. Yahya Rasool, has said, according to the Associated Press.

ISIS captured Mosul in June 2014, and the city has since served as a key Islamic State stronghold.

The picture the Iraqi special forces posted on the messaging app Telegram.

Accounts affiliated with the Iraqi forces and their allied Shiite militias promoted the hashtag #عملية_الفتح, or #The_Conquest_Operation, which was widely circulated among Iraqis across social media. Many expressed excitement and hope, and called on people to pray for the Iraqi forces in their war against the Islamic State. “We put our trust in God,” an Iraqi tweeted. “Men who are not afraid of death are coming to you, Mosul.”

Others said the “joint operation (command) is calling on civilians in the Qayyarah area, in the city of Mosul, to stay away from gatherings of ISIS (members) and their headquarters.”

The official account of the Shiite militias declared in a tweet that they won’t publish “current images” from the Conquest Operation or information about locations of their forces, since such pictures could potentially benefit their enemy.

The operation launch comes several weeks after Iraqi security forces distributed leaflets calling on Mosul residents to prepare for an imminent battle, and urged them to stock up on essentials, like water. They advised people to make sure they have emergency lighting, and radios, Vocativ discovered.

Also on Thursday, Syrian state television said government forces had battled their way into Palmyra, in an effort to take it from ISIS.