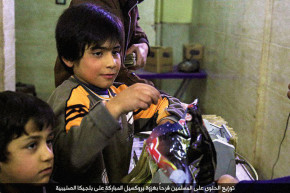 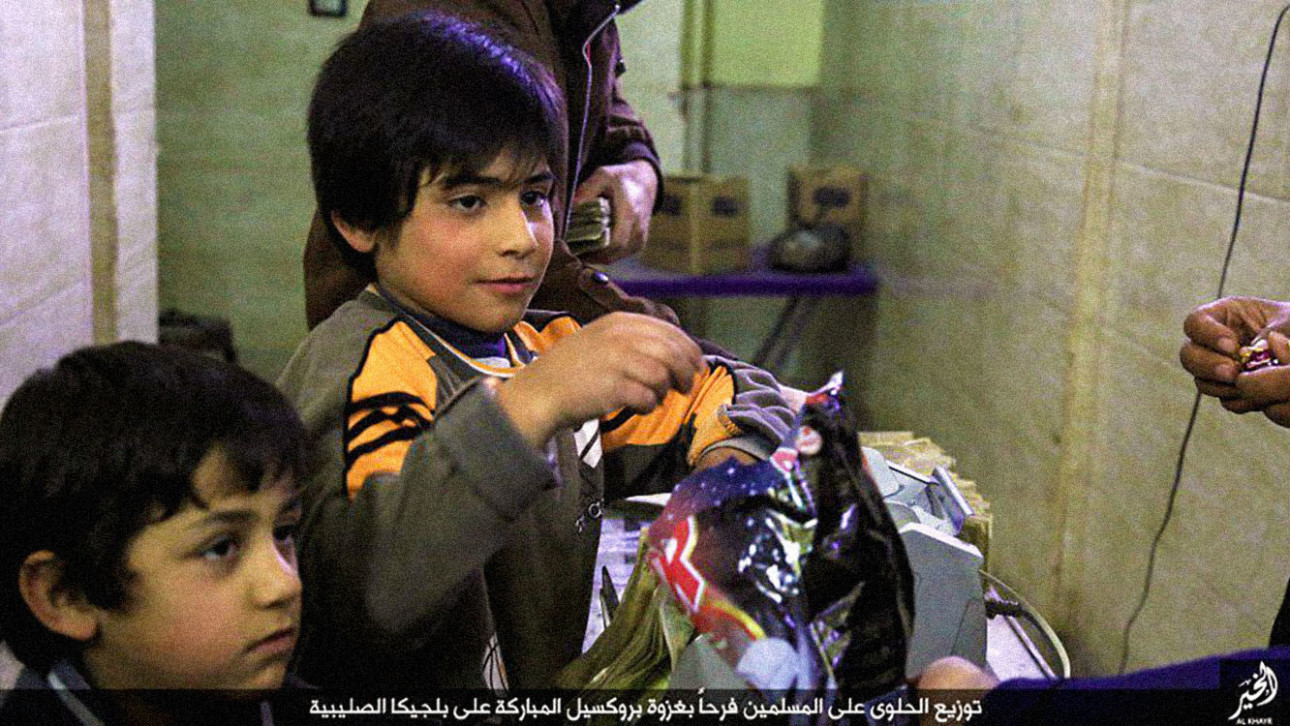 ISIS supporters distributed candy in the streets of Al-Khair Province, Syria, in celebration of the Brussels bombings on Tuesday.

While the rest of the world mourned and expressed support for the city after the attacks that claimed at least 30 lives, ISIS loyalists started celebrating online almost immediately after news of the bloodshed broke. The self-described caliphate officially claimed responsibility for the coordinated bombings hours later, warning of “more dark days to come.”

But, the celebrations didn’t only take place online. Vocativ social media analysis uncovered photos posted on Telegram, a social media platform ISIS frequents, showing a real-life celebration inside ISIS territory in Syria. A series of images are captioned, “Giving out candy to the Muslims, in celebration of the glorified Brussels attack against the crusader Belgium.”

The images harken to an ISIS video that circulated back in November, in which militants in Mosul distributed candy to passerby in celebration of the downing of Metrojet Flight 9268. While macabre, this practice is not unique to ISIS—similar festivities have been recorded in Gaza when a lone wolf terrorist attack on a Jerusalem synagogue killed four in 2014.