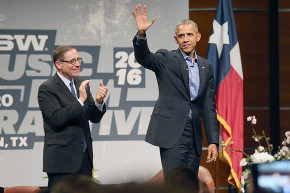 Obama Steals The Show At SXSW
By Vocativ Staff

Obama Steals The Show At SXSW 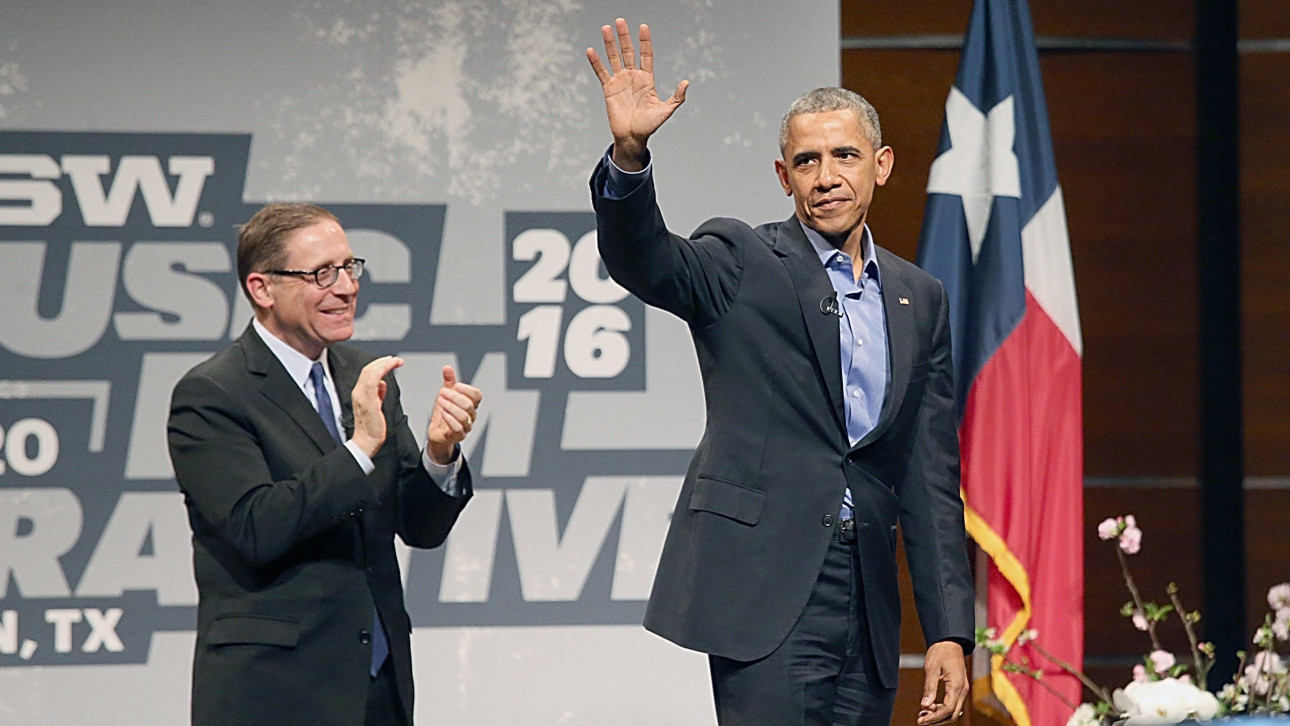 Austin’s annual festival of tech, media, music and movies, SXSW, is officially underway, and Vocativ used its deep-web mining technology to analyze 189,000 social posts gathered via hashtag and geo-analysis to see what most energized festivalgoers on the opening day.

Unsurprisingly, one major keynote speaker dominated the online conversation. A discussion of how technology can improve civic life, featuring President Barack Obama, garnered more than 10,000 mentions over the last 24 hours. The conversation roamed from topics like Edward Snowden and privacy to the “Diaper Gap“, and the outing dominated social chatter mentioning the festival.

Movies also made their mark, with Gleason, a movie about a former NFL star’s battle with ALS, and Game of Thrones also stimulating online conversation.

Social influencer Jessica Chobot, a host on nerdist.com, is making her mark on SXSW, with her selfie at Capital One’s Friday event the most-retweeted selfie from Austin on day one.

After dark in Austin, the after party for queer fashion brand DapperQ’s panel on gender-neutral fashion as a force for social change generated significant buzz.