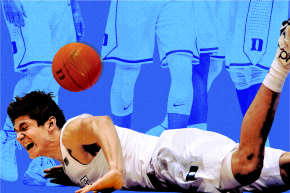 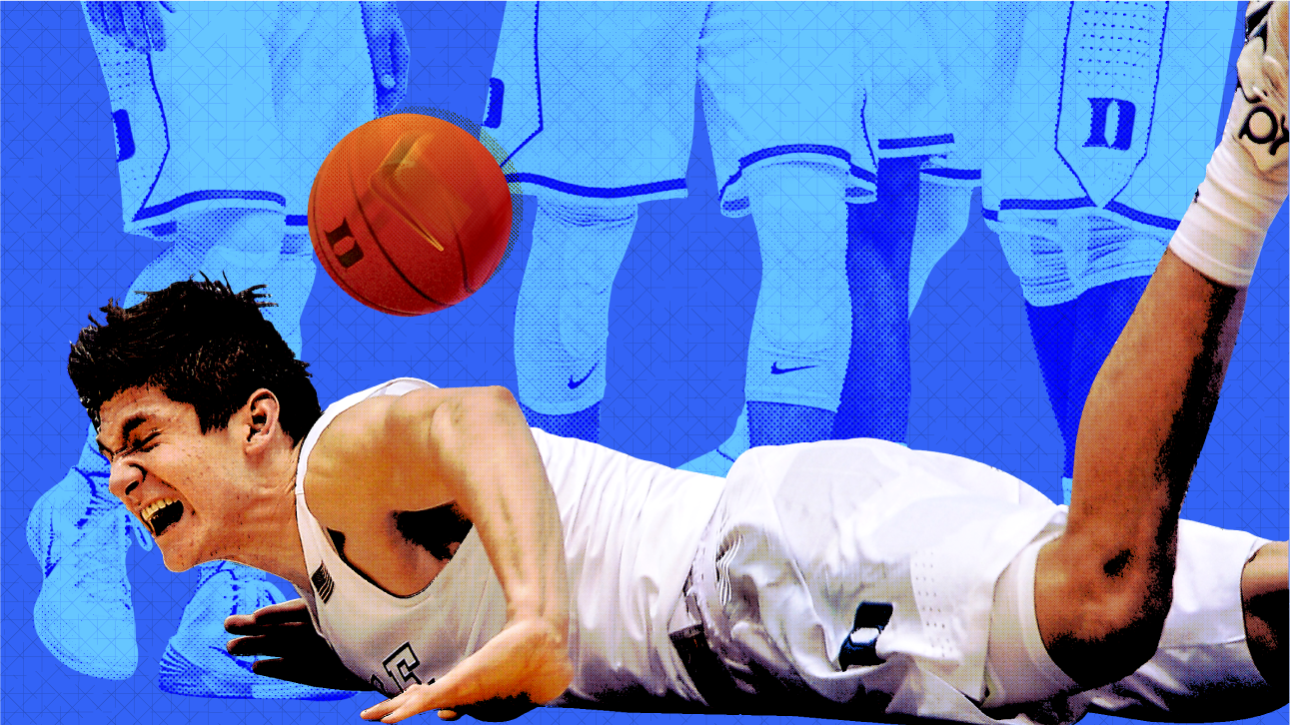 Duke guard Grayson Allen has accepted the mantle as “the next hated white Duke player,” and that schadenfreude has a new twist as college basketballs fan realize that he bears a passing resemblance to a presidential candidate with many detractors.

In addition to possibly being the Zodiac Killer, Ted Cruz has an illegitimate son in Grayson Allen. #TedCruz pic.twitter.com/fN3rVQTh8H

Allen is a sophomore who led Duke with 21.6 points per game and was named one of five national finalists for the Jerry West Shooting Guard of the Year Award. He’s an objectively good basketball player whose subjective attributes—an overachiever playing for the Yankees of college basketball; aggressive and sometimes dirty playing style—make him despised by many.

@GraysonJAllen dude you're too good of a player to be tripping and holding players. stop it.

There’s a lineage of Duke stars who have inspired outsized animosity—from Christian Laettner to Steve Wojciechowski, J.J. Redick, Greg Paulus, and now Allen—who, coincidentally or not, have all been white. Redick recently tried explaining the phenomenon as fans being “spoon-fed a narrative.”

Allen has done more than most to earn his title, however. Twice this year Allen has blatantly tripped an opponent, first against Louisville and then against Florida State. Then, in Wednesday’s ACC tournament game, he reached out to grab an N.C. State player and was whistled for a flagrant foul.

@GraysonJAllen you aren't anything but a dirty ass player.. The announcers may not have seen your leg stick out but everyone else did

@GraysonJAllen has absolutely no class. He takes out his frustration on his opponent almost every time. Sit him down.

If Grayson Allen can't make it in the NBA, he should always have a job waiting for him with Trip Advisor.

Allen finished the regular season with exactly 666 points, a fact that did not escape notice.

Grayson Allen is more popular than I thought. They are even hanging up signs for him in Panera now. pic.twitter.com/l3TY3scTt1

Not surprisingly, a fan of arch-rival UNC expressed the most intense vitriol.

When Duke lost on Thursday to Notre Dame, Allen was visibly emotional on the sideline, prompting many to revel in delight in his tears.

Crybaby @GraysonJAllen didn't cut it so cried like a little girl. And he's really @tedcruz's son.

In all fairness, the tears did appear to be delicious.