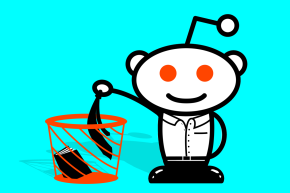 DARK NET: How Reddit Is Dismantling The Mormon Church
By Jennings Brown

DARK NET: How Reddit Is Dismantling The Mormon Church

A subreddit with 26,326 "Recovering Mormons" is fueling an insurgency within the Church of Latter-day Saints 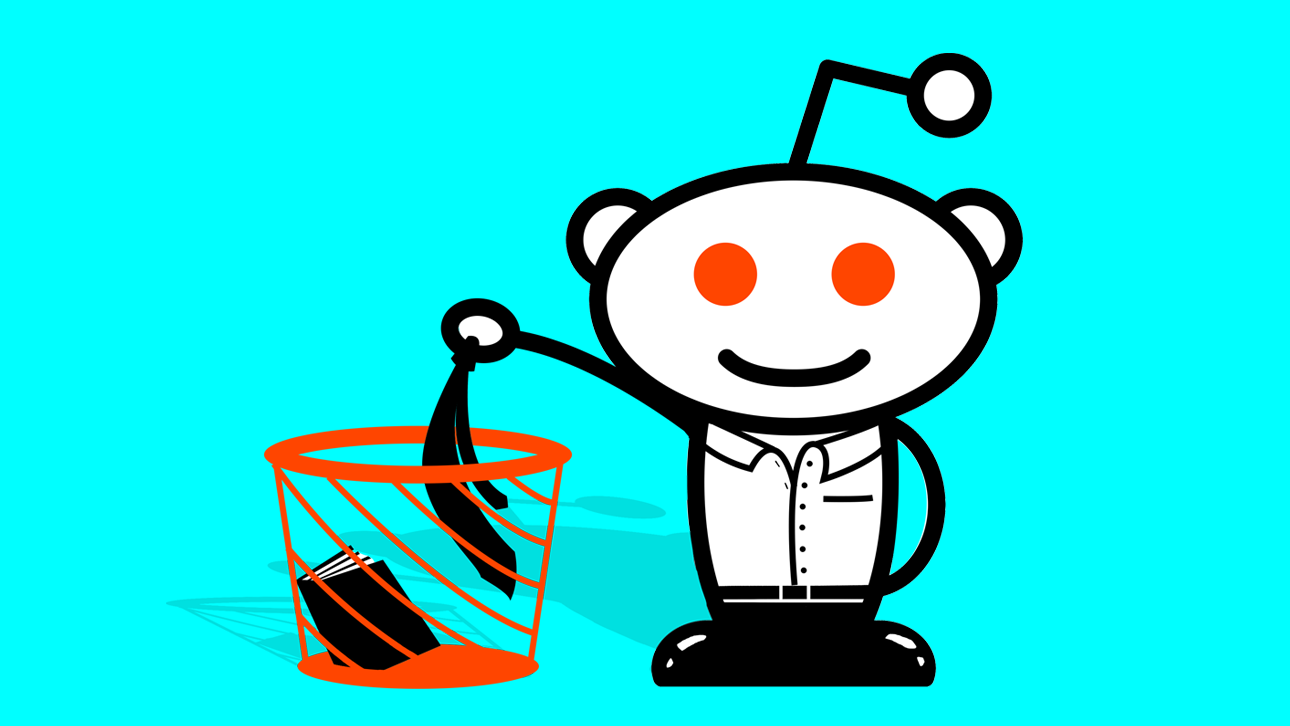 Over the past couple weeks a disturbing digital flyer has been circulating across several insular, private Mormon Facebook group pages. It contains screen grabs from a man’s Facebook profile, including photos of his four children. Next to one photo of the happy family wearing matching outfits, the children all piled on Santa’s lap, is a message: “WARNING! Anti-Mormon infiltration into private Facebook groups! Ryan McKnight is an anti-Mormon activist prominent on anti-Mormon sites like reddit … Be cautious. McKnight and others like him want to hurt the Church and its members.”

McKnight would have been amused, if his children weren’t involved.

“They posted on Facebook pages so that tens of thousands of people total would be able to view it, including some of the people who are friends in my personal life.” McKnight told Vocativ. He tracked down the source for the image and contacted the account. “I said, ‘Hey, listen, I don’t care what you say about me, if you feel like you need to, but can you please alter the picture to blur out my kids’ faces?’ I don’t care about them calling me the devil. That’s fine.”

The person responded, from a Facebook account created exclusively to spread the flyer, and said since his Facebook was public, his children were “fair game.” That account no longer exists, and most, if not all, of the Facebook groups have removed the image, according to McKnight.

The Facebook flyer, shared with permission from Ryan McKnight

McKnight left the Church of Jesus Christ of Latter-day Saints a couple years ago after months of obsessive research into the history of the church. When he decided to resign, he was terrified his wife would divorce him, but he couldn’t live what he now believed was a lie. She didn’t leave him, but she didn’t want to leave the church either. A few months later, though, she started doing her own research and came to the same conclusion as he had.

Contrary to the Facebook flyer, McKnight is not an anti-Mormon activist. He is however, a bit of a troll. He often joins Mormon groups just to lurk and see what members are saying about the current state of the church. “Mormons on Facebook are a strange breed. Many of the pro-LDS groups are crazy. Especially if you come across a closed group,” McKnight said.

So when, in late February, he got an automated suggestion from Facebook that he join the closed group “LDS Deep Doctrine,” he couldn’t help himself. The group has just under 200 members. Some of them have changed their profile pictures (which are displayed publicly) to show support for LaVoy Finicum, a Mormon and a leader of the Oregon wildlife refuge occupation who was shot and killed by the FBI. The group hosts discussions about LDS policies and teachings. When McKnight was accepted, he started baiting the other members by posing questions about controversial Mormon teachings and history that he presented in a faithful, apologist light. These posts would inspire long conversations in which members often defended the racism and polygamy of the early church and its modern anti-gay policies. McKnight took screen grabs of these conversations, censored the names, and posted them to the subreddit r/exmormon. The charade went on much longer than McKnight expected, until last week, someone sniffed him out and removed him from the group. 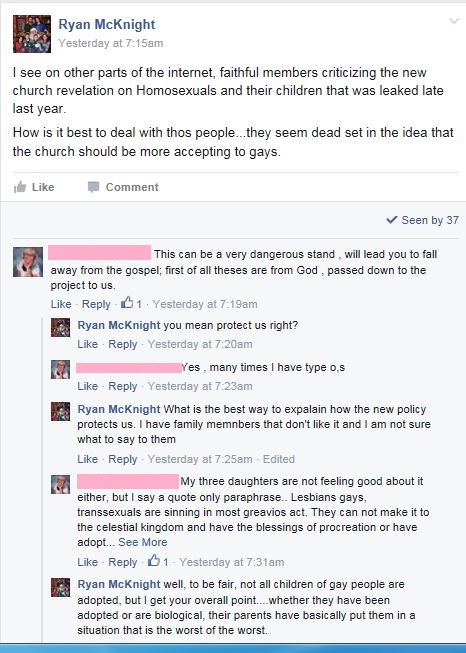 Vocativ explores the many ways people are using the internet to rebel against repressive institutions in the final episode of DARK NET. The ground-breaking, new eight-part docuseries—developed and produced by Vocativ—airs Thursdays at 11 p.m. ET/PT on SHOWTIME.

The exmormon subreddit has become a thorn in the side of the church over the last three years. In April 2013, a skeptical Mormon named Jeremy Runnells wrote “A Letter to a CES Director.” The approximately 80-page document was meant for a leader of the Church Education System and it explained every question and grievance Runnells had, complete with chapters, maps and infographics. He posted it on Reddit, asking if anyone could look it over. The CES Letter went viral within the LDS community; it now it even has its own trailer. The exmormon subreddit is filled with testimonies of people who left the church after reading the letter. “It’s written in a way that anyone can understand and it’s explained so cleanly and clearly, and it’s basically just a huge nail in the coffin for Mormons and a lot of people will read and say, ‘What am I doing here?'” McKnight said.

Last week, Redditors compiled a list of all the times r/exmormon “forced the hand of the church” within the last year. Those mentions include a leak of an essay about women and priesthood that caused the church to publish the essay earlier than planned, before translating it to multiple languages, and a leak of a new policy that deems gay couples apostates and doesn’t allow children of gay parents to join the church until they turn 18 and leave their parents’ home. McKnight also played a part in that policy exposure. He found out about the new rules through a private Facebook group, then tipped off John Dehlin, a psychologist who is a former Mormon and founder of a popular podcast called Mormon Stories. Dehlin tracked down a copy of the handbook revisions and posted it on Reddit.

“Your entire life is involved in the church.” — Mark Naugle

Major media outlets reported on the leaked policy. Many prominent members of the church were outraged and thousands of Mormons decided to resign from the church. Attorney Mark Naugle was prepared to help them.

“I am here and ready to process your resignations for FREE!” Naugle posted on r/exmormon in the midst of the mass crises of faith. “Looks like the latest policy update is the straw that broke the camel’s back. I am an attorney who will stand between you and the church.”

Naugle, an immigration lawyer, resigned from LDS about 15 years ago, and understands how difficult it can be to detach from the church. “I’ve lost extended family members. I have an entire side of my family, especially now—they think I’m the embodiment of Satan and they avoid me like the plague. If you’re not a part of the fold, then you’re out,” Naugle told Vocativ. He originally advertised his free service on r/exmormon eight months ago and got about 250 requests. But since the new policy was leaked, he has received thousands messages. In February, he streamlined the process by creating QuitMormon.com. By the end of this month, he expects to have filed somewhere between 7,500 and 8,000 resignations.

Like members of any other religion, Mormons who want to leave the church don’t actually need a lawyer to do so. But someone like Naugle can potentially be useful as an intermediary.

“People can do this on their own, but especially here in Utah, when you leave the church—and I’m speaking from my own experience—your entire life is involved in the church,” Naugle said. According to Naugle, after a Mormon asks to have their name removed from the official church records, they could be visited by their local bishop, their Sunday school teacher and other church leaders. “They’re all your neighbors. They’re all your friends. They’re your coworkers. It’s a community. … It feels very much like harassment and it’s actually very emotional and very difficult because they have to explain to each one of these people in a way they can’t understand why they don’t want to be a part of the church and each one of these people think it’s their responsibility to save you from eternal damnation.” The Church did not respond to multiple requests for comment on their policies in regards to resigning and inactive members.

“I can’t imagine anybody who is gay or lesbian considering being a part of the LDS organization.” — Gonzolo Arellano

“Truthfully—and maybe the secret shouldn’t get out—but I don’t have any power,” Naugle added. “I don’t have any legal authority to demand that they only deal with me. But the church has honored it so far. And they say, ‘Okay, if it comes from an attorney, or it comes from Mark Naugle, we’re going to forward this to the bishop with explicit instructions not to bother them.’ And it’s worked.”

The scenario Naugle describes is not always what happens. When McKnight resigned from the church with an email, the process took six weeks and he only received a phone call from his local bishop and an aggressive Facebook message from a friend. He does think a lawyer could be helpful if the member is afraid the process will be emotional or doesn’t want to deal with anyone face-to-face, though.

Alyssa (who requested her name be withheld from print so she wouldn’t upset family still active in the church), another former Mormon, got Naugle’s help taking her name off the church’s records. “When the men at conference stand up and say the LDS church has this many members, I was one of those numbers and my number is showing support for the church. And it took me a long time to realize not only do I not want to go, but I want my number back. I don’t want to show support for them because I don’t agree with them. I don’t believe in the church in any way and I don’t believe what they’re doing,” she said.

“It took me a long time to realize not only do I not want to go, but I want my number back.” — Alyssa

Gonzolo Arellano, who aids Naugle in his free time, is also aware how important numbers are to the church. Before leaving the LDS community, Arellano spent two years as a missionary in Chile, where he performed 112 baptisms. In order to meet ambitious quotas, Arellano would get lists of inactive members from local bishops, then visit those members’ homes unannounced. He would introduce himself, tell the inactive member he wanted to get to know them, ask if they needed help with anything, then offer to reactivate their membership and baptize anyone in the household above the age of eight.

Arellano, who is gay, became inactive in the late 1990s, as he realized his lifestyle didn’t line up with church doctrine. A decade later, he formally requested the church remove his name. “It was morally, spiritually necessary to become completely detached from religion that sees my lifestyle as a sin or sees my person as something that is an abomination,” Arellano said. “I believe strongly, if you are gay, you must remove yourself from the church. It’s an evil organization. What they have done, it’s ludicrous. I can’t imagine anybody who is gay or lesbian considering being a part of the LDS organization,” Arellano said.

Arellano has a 20-year-old daughter with his husband. Since she no longer lives with them she could still join the church. But first she would have to disavow her parents’ relationship. Since he started helping Naugle, Arellano has has assisted with about a tenth of all the requests Naugle has received, he said. “I baptized 112 people back in the day, and I’ve been able to input more than 700 resignations. I think I’m on the positive side.”