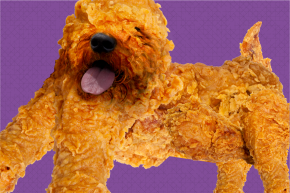 Would You Eat A Dog? What If It Looked Like Fried Chicken?
By Cassie Murdoch

Would You Eat A Dog? What If It Looked Like Fried Chicken?

Thanks to a new meme, we now know it's very hard to tell the difference between labradoodles and fried chicken 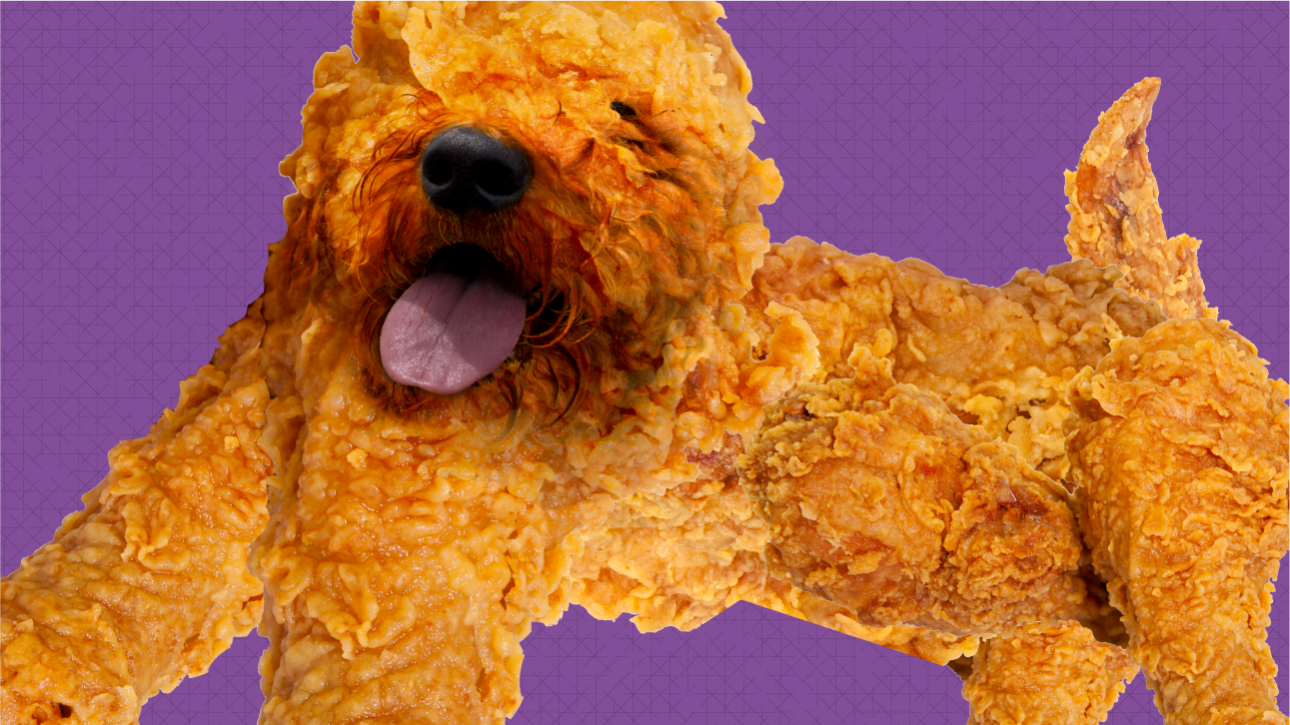 Sometimes an animal is just so cute you feel like you want to eat it. It turns out that’s doubly true for labradoodles—because they look exactly like delicious fried chicken. We’ll give you a second to collect the scattered fragments of your blown mind.

The comparison was first drawn by Twitter user @teenybiscuit on Wednesday, and since then the image has been making the rounds, forever altering the lives of everyone who sees it.

In addition to taking you down the disturbing road that is contemplating whether you might actually want to eat a puppy (don’t do it!), it also makes you wonder how we got from the time labradoodles were created (circa 1988) until now without noticing they looked exactly like one of America’s favorite foods?

Vocativ spoke with @teenybiscuit (who’s a 25-year-old named Karen from Portland, Oregon) about the origins of her now-famous tweet, and it turns out she’s been in the animal/object comparison game for a while. She told us, “That’s just how my brain works,” and thank goodness for that because she has made the world a far better place.

The labradoodle vs fried chicken lineup is her most popular to date—not surprising, given how much people love both dogs and fried things. We’ll have to wait and see what she’ll unleash on our hungry minds in the future, but until then maybe we can occupy ourselves by thinking about what it might be like to have a piece of fried chicken as a pet?