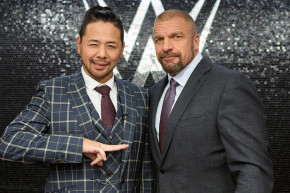 WWE has signed Shinsuke Nakamura, arguably the best pro wrestler alive, will they do right by him? 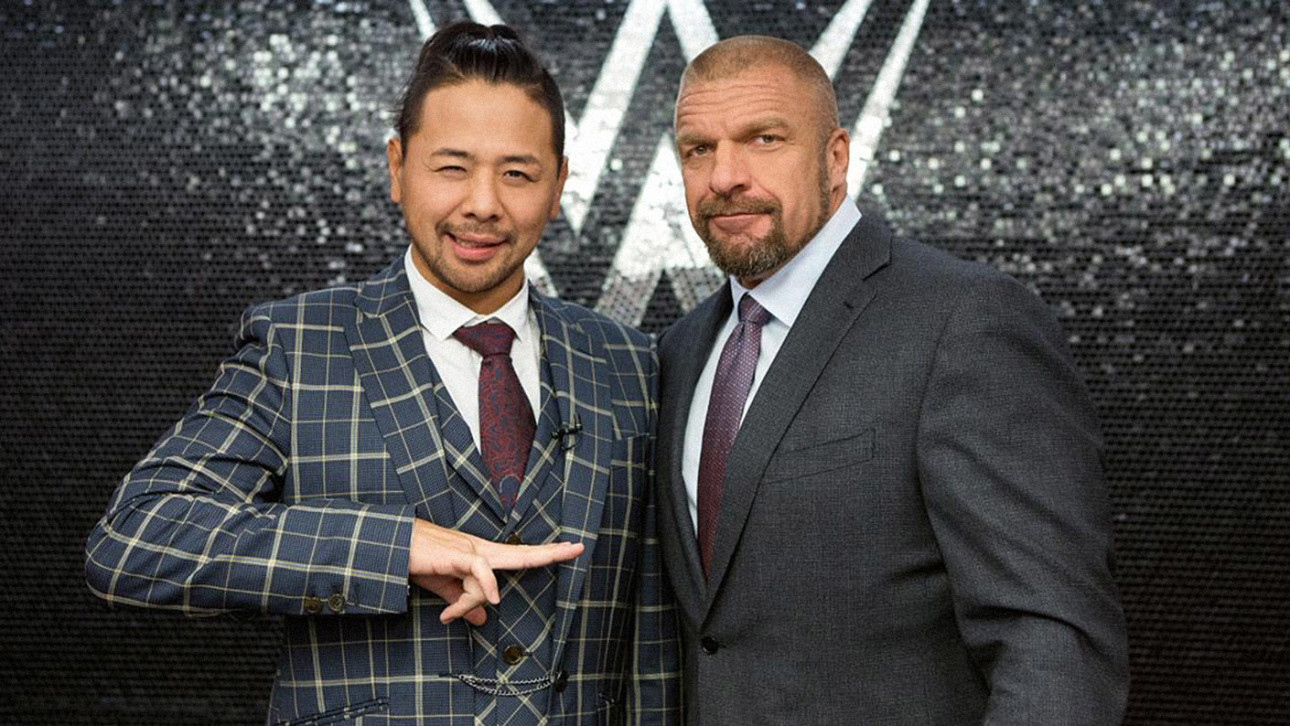 This past weekend’s Oscars saw Chris Rock trot out a trio of Asian children as stage props in service of a blanching joke that relied on Asian stereotypes. If nothing else, it was a reminder of the persistent use of such stereotypes in mass media.

Shinsuke Nakamura, one of the best professional wrestlers on the planet and a recent WWE signee, will soon become the next grand test of American mass media’s ability to present Asian people as, well, people. The significance of Nakamura—one of the biggest stars in the history of the legendary New Japan Pro Wrestling promotion—can be gleaned from how WWE chose to announce his signing.

The long rumored deal was announced via a press conference in Japan, and immediately trumpeted on the WWE’s website; an uncommon move for WWE given its tendency to keep talent acquisitions low key.

“The signing of Shinsuke Nakamura further demonstrates NXT’s commitment to bringing in the best talent from all over the world,” read a quote from Paul “Triple H” Levesque, the WWE Executive Vice President of Talent, Live Events, and Creative.  A video package featuring effusive praise from fellow wrestlers, footage of Nakamura’s official signing, and his first look at WWE facilities has racked up 600,00 views in less than two weeks.

Accompanying Nakamura throughout the clip?  None other than Shoichi “Sho” Funaki, himself a former WWE Cruiserweight Champion, now helping to shepherd and acclimate Nakamura to his new surroundings. Funaki’s debut in the WWE came back in March of 1998 as part of a Japanese stable known as Kaientai, a group that seemed poised for a major push within WWE.

However, it wasn’t long before the group’s path through WWE descended into stereotypes and racist jokes that, suffice it to say, have not aged well.

Years later, after much of the stable had departed the company, Funaki and Michinoku remained a tag team, but mostly performed as comedic jobbers.  The duo’s entrance saw them lip synch into microphones as English language voiceovers played, a crude riff on the overdubbing that Japanese films would receive for American audiences.

The WWE’s problematic handling of race is hardly a revelation, and certainly not limited to Asian performers. From Chavo Guerrero’s transformation into the self-loathing “Kerwin White”, to Italian American performer Mark Copani’s portrayal of an Arab American known as Muhammad Hassan, to a troubling tendency to present black wrestlers as one-dimensional caricatures, the business of professional wrestling has far too frequently embraced the lowest common denominator of entertainment based on cheap ethnic generalizations.

“WWE is a global entertainment company,” WWE noted when asked for comment, “committed to embracing and celebrating individuals from all backgrounds as demonstrated by the diversity of our employees, performers and fans worldwide.”

Regardless, to see Japanese performers fall prey to stereotypical representations, to see them relegated to samurai sendups and B-movie tropes, is particularly frustrating, given the deep and storied history of the country’s pro wrestling tradition. That said, there is reason to believe that, at least when it comes to Asian performers, WWE is pivoting toward treating them in a more respectful manner.

In July of 2014, former Pro Wrestling Noah Heavyweight Champion Kenta Kobayashi joined the WWE ranks and, again, the roster addition was an event, with Hulk Hogan leading a signing ceremony in Osaka.  Once Kenta arrived in America for his first official interview, it was Funaki who served as translator, even though the memorable closing line was delivered in English.

Kenta made his in-ring debut a few months later, taking on the name Hideo Itami, which as he explained in an interview, roughly translates to “Hero of Pain”.  And to the WWE’s credit, the early arc of his career has lived up to that mantra, with Itami presented not as a sideshow nor punch line, but as a bonafide tough guy who unfolds a chair, makes himself at home, and dares anyone to try and pick a fight.

Itami’s first few months in NXT saw him booked for tremendous success, with only a shoulder injury temporarily derailing his ascent.  Meanwhile, Kanakao Urai, known within the company as “Asuka”, has built her own reputation as a punishing, fear-inducing competitor within NXT. Both Itami and Asuka are sure bets to end up as part of WWE’s long-term plans

All of which is to say that, in recent years, WWE appears to have made strides in their handling and positioning of talented Japanese performers.  This can only bode well for the career of Nakamura, whose over the top entrances, swaggering psychosexual charisma, and incredible knack for in-ring theatrics mark him as pro wrestling’s answer to rock stars like David Bowie, Freddie Mercury, and Kanye West.

In short, Shinsuke Nakamura is more than just another signing by the most powerful wrestling promotion in the world.  He represents an opportunity for WWE to correct the mistakes of the past and finally get it right when it comes to presenting Japanese talent with the magnitude and stature they’ve so rightfully earned.

Any connoisseur of the business will attest to the fact that over the last 15 years, Shinsuke Nakamura has demonstrated the unforgettable look, the between the ropes brilliance, and the undeniable charisma required for wrestling superstardom.

Now it’s up to WWE to make sure that they do right by a Japanese superstar. For the first time in forever, it feels like they might.