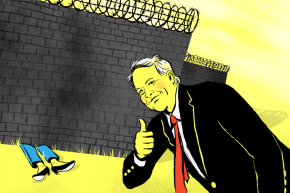 This isn't the first time Curt Schilling has gone off the rails, so why does ESPN keep working with him? 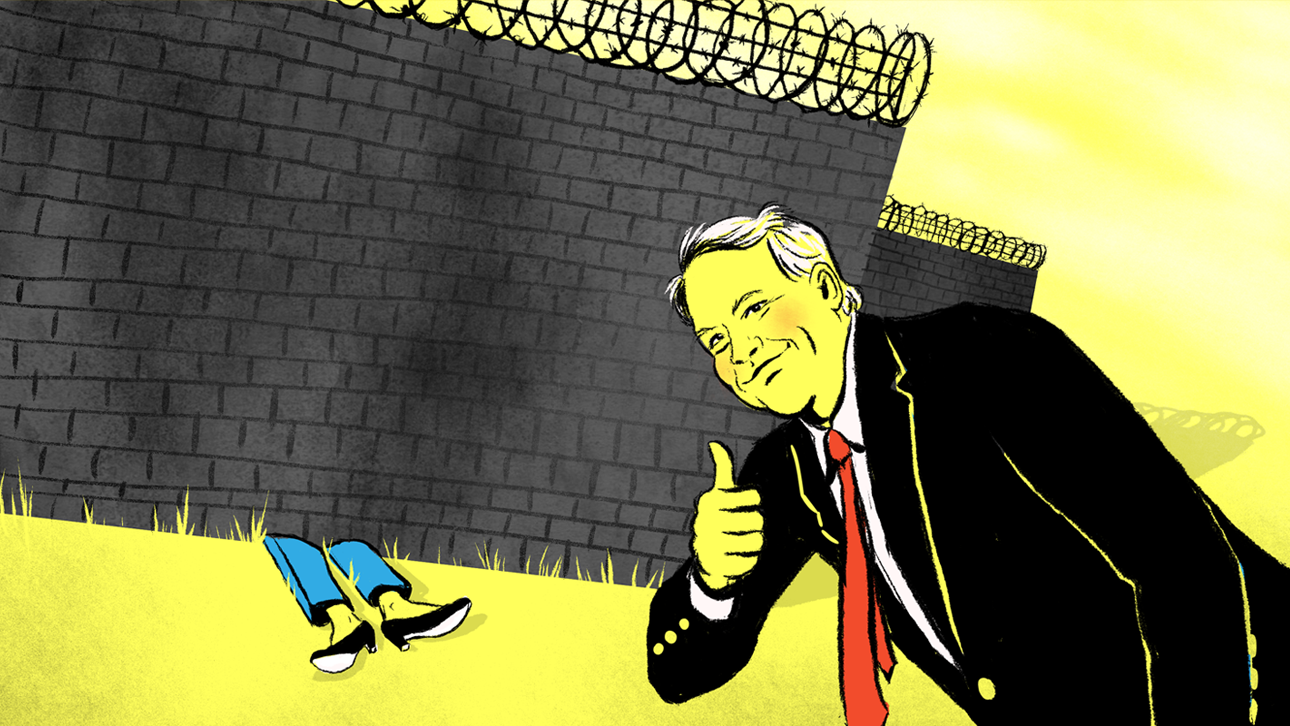 If you spend any time in the bleak back alleys of our national sports discourse—namely, any social media platform, one of the few remaining comments sections, or all of Fox Sports—you’ll probably encounter the notion that in recent years ESPN has transformed into a safe space for the regressive left, a haven for so-called Social Justice Warriors. You know, the PC horde that is destroying America.

To that madding, Trump-tastic crowd, I offer you Curt Schilling.

As first reported by The Big Lead, Schilling took an hour off from his meme-posting hobby on Super Tuesday to gab with the fine folks at 610 Sports in Kansas City. As is his wont, he offered up some very strong takes about the current Democratic frontrunner, Hillary Rodham Clinton.

“If she’s allowed to get to the general election before she’s in prison I’ll be stunned and upset,” he said. “Because I think she’s shown her true colors all along the way and I’ll ask you this: Do you see her being anything even remotely different than what we’ve had?”

When asked if Clinton will see any actual hard time, Schilling took it a step further.

“I hope she does,” he said. “If I’m gonna believe, and I don’t have any reason not to believe, that she gave classified information on hundreds if not thousands of emails on a public server after what happened to General Petraeus, she should be buried under a jail somewhere.”

As anyone with even a casual knowledge of Schilling’s hardcore conservative political bent, this scans as par for the course.

As to whether ESPN will take action here, when reached for comment an ESPN spokesperson said, “We are addressing it.” A request for further comment that cited ESPN’s own policy on political statements received the following response, “We have nothing further at the moment than that statement.”

It’s worth noting how ESPN behaved the last time Schilling was yanked from the air. In August 2015, he was suspended by ESPN from that weekend’s broadcast of the Little League World Series for posting a tweet comparing Muslims to Nazis. That suspension was soon extended to the remainder of the season, but only after he got into a weird, public email beef with the site Awful Announcing.

ESPN’s statement on that matter never specifically points to Schilling’s revanchist beliefs, rather, they benched him because he had “not been consistent with his contractual obligations nor have they been professionally handled” which “have obviously not reflected well on the company.”

In general, though, they’ve given him a pretty wide berth. At the height of the Ferguson protests, he advocated an armed military occupation, linking to a video titled “Group Of Iraqi Police Attack Marine, He Teaches Them A Lesson They Won’t Forget.”

More Cam Newton And The Media’s War On Humanity

Then there are the Crazy Uncle chain mail nuggets of wisdom that pepper his social media accounts:  equating Muslims with terrorists, the pro-confederate flag nonsense, MRA-infused “jokes,” and his propensity to get sucked into crude, pointless spats with total strangers.

During October’s Democratic debate, he told Donald Trump that he had a pretty clear idea who won:

In this light, his public kerfuffle with fellow ESPN colleague Keith Law makes a bit more sense. If you’ll recall, Law and Schilling got into a lengthy back-and-forth on Twitter about evolution, with Schilling growing increasingly nonsensical, and Law trying to steer him back towards rational, scientific thought as gently as possible.

Schilling wasn’t docked any time, but Law was. Afterwards, ESPN insisted that Law’s corporate-imposed Twitter ban, “had absolutely nothing to do with his opinions on the subject.”

In retrospect, they may have been telling the truth. It seems as if the general operating principle when it comes to ESPN suspensions isn’t leftist dogma or even the recently leaked internal memo imploring on-air talent to “refrain from political editorializing, personal attacks or ‘drive-by’ comments regarding the candidates and their campaigns.” (Schilling’s desire to shove Clinton into a gulag somewhere certainly checks off more than a few of those boxes).

Rather, if history is any guide, what ESPN cannot and will not stomach is in-house squabbling from its employees, especially if it casts a negative light on any  high-profile personalities.

A few weeks ago, legendary NBA writer Bob Ryan returned from a two-week suspension after he called Mark Jackson a “Bible-pounding phony” and a “con man.” Lest you think ESPN is standing firmly in defense of Jackson’s right to free religious expression, odds are, Ryan could have called him a blinkered twit, and he still would in all likelihood have received more or less the same punishment.

Speaking of religion, after Jason Collins became the first openly gay athlete in any of the four major U.S. Sports, Chris Broussard went on Outside the Lines to declare that homosexuality was “an open rebellion to God.” Broussard subsequently apologized, but he didn’t miss a single day of work.

Tony Kornheiser, however, was sent away for two weeks after he spent a chunk of time making sexist remarks about Hannah Storm’s outfit, concluding his extended, weird fashion critique with, “She’s what I would call a Holden Caulfield fantasy at this point.”

It’s not like ESPN exists to serve as a bastion of feminism, certainly not while they keep Stephen A. Smith on the roster to cape for Floyd Mayweather and  muse that the German Women’s National Soccer Team might have given up a goal because they “might not have wanted to mess their hair.”

Yes, Smith was sent away for a week when, after Ray Rice’s initial two-game suspension, he told women that they should make sure not to “do anything to provoke wrong actions.” But that was only after a massive outcry from both the public at large and some of Smith’s colleagues. Further, Michelle Beadle was “reprimanded” by ESPN for tweeting her critiques of Smith’s falderal.

Even amidst the recent decline in profits and across-the-board cutbacks, ESPN is a multi-billion dollar business, and as such tailors its corporate policy to defend its “brand” at all costs. But that’s a far cry from pivoting sharply to the left or transforming into the sports world’s version of The Nation.

Schilling ended Tuesday’s talk radio spot by telling the hosts that this foray into politically commentary means, “Yeah, I’m probably going to get fired, but it’s all good.” Sorry, Curt. But unless you start tearing into one of your co-workers, odds are (once again) you’re wrong. If nothing else, it’s certainly an odd feeling to hope that Curt Schilling is right about something.