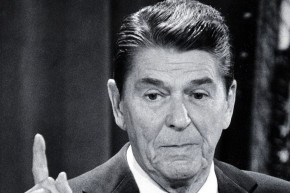 Here’s What Happened When The KKK Endorsed Ronald Reagan

Reagan's response was a bit more pointed than Donald Trump's 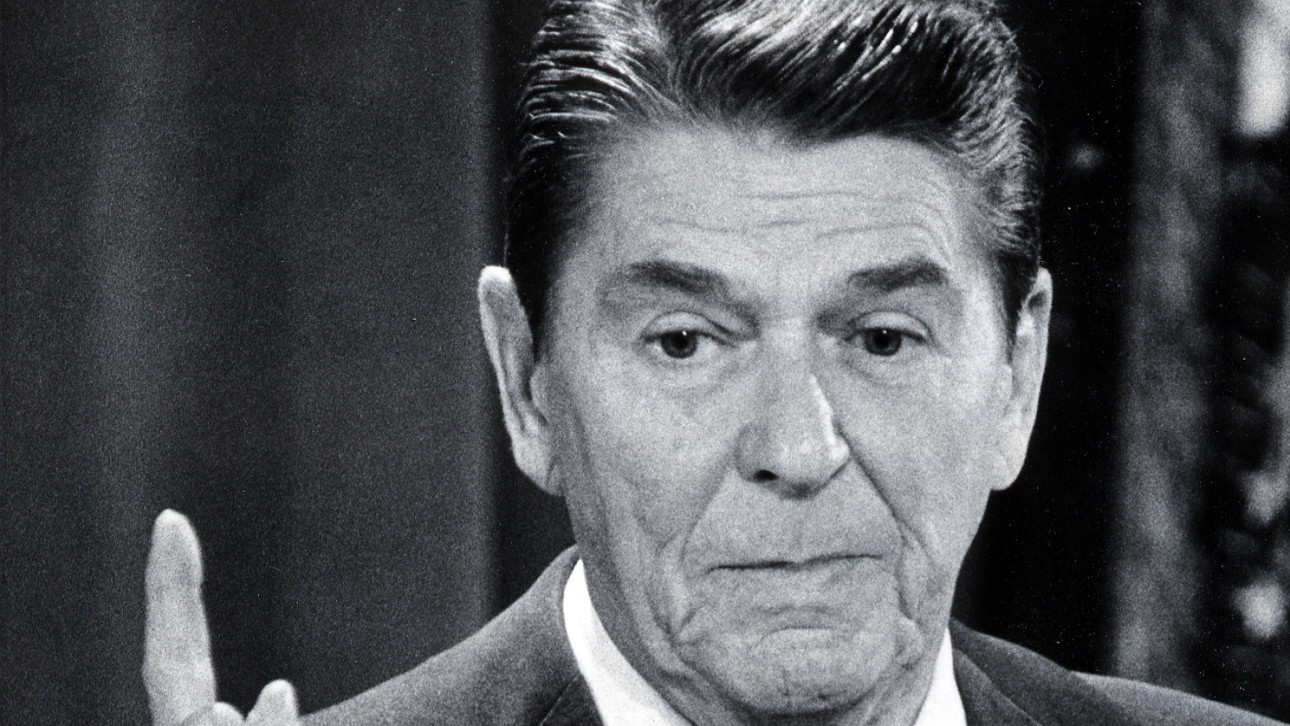 Donald Trump—the leading candidate in the GOP primary for president—is unsure as to whether he wants the support of the Ku Klux Klan. Trump was directly asked to repudiate the white supremacist group over the weekend, and he dodged the question. It was a startling turn, but it’s not without precedent: Republican demigod Ronald Reagan also won the support of white supremacists during a presidential bid. But unlike Trump, he didn’t waver—he offered a blistering and straightforward repudiation.

On Sunday, CNN host Jake Tapper asked the current GOP frontrunner if he’d disavow the support of racist groups like the Klan and one of its former leaders, David Duke, who recently threw his support behind the Donald. Rather than just flatly reject the endorsement from Duke, the well-known former face of the Klan, Trump claimed ignorance.

(It’s worth noting that this was either a lie or he’s forgetful: Trump ended a brief 2000 Reform Party bid for president, in part, by disparaging Duke, calling him “not the company I wish to keep.”)

Reagan, on the other hand, knew exactly how he felt about white supremacists supporting his then-re-election campaign against Walter Mondale. After initially ignoring the endorsement, Reagan was asked by the president of the United States Commission on Civil Rights to disavow the Klan and its support of his candidacy. He did so in a letter—rather forcefully.

”Those of us in public life can only resent the use of our names by those who seek political recognition for the repugnant doctrines of hate they espouse,” the president wrote. ”The politics of racial hatred and religious bigotry practiced by the Klan and others have no place in this country, and are destructive of the values for which America has always stood.”

On Monday, Trump—who was in Florida during his CNN interview and communicating with Tapper via-an earpiece—claimed that he couldn’t properly hear the question about Duke, who launched his own presidential campaign in 1988 and was elected to the Louisiana state legislature the following year.

Reagan, who was in China when he signed the letter disavowing the Klan’s endorsement, added, “while in China, I have been distressed to learn that some individuals back home have questioned whether my views on the Ku Klux Klan have somehow changed since 1980. Nothing could be further from the truth.”