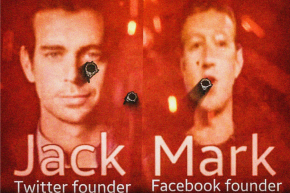 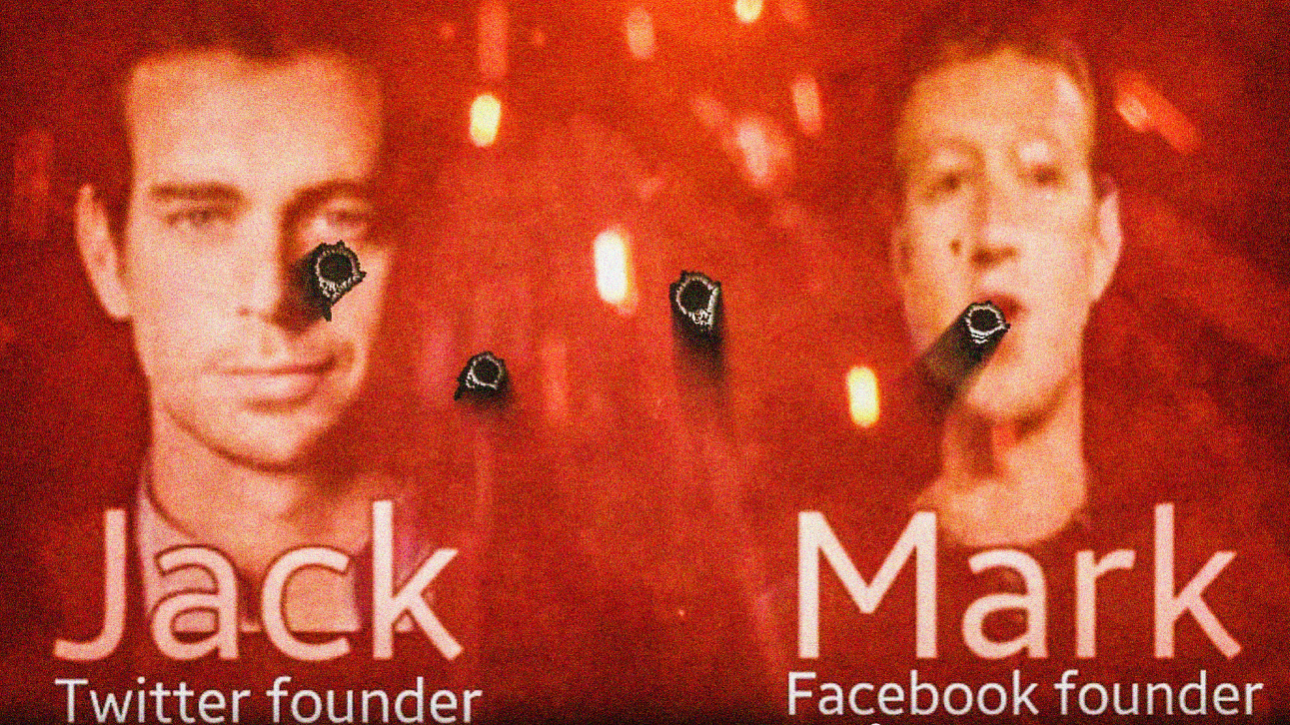 A screenshot from an ISIS video, showing Dorsey and Zuckerberg.
By Gilad Shiloach
Feb 24, 2016 at 8:55 AM ET

ISIS threatened Facebook’s Mark Zuckerberg and Twitter’s Jack Dorsey on Wednesday with promises that its hackers are fighting back against efforts to wipe social media platforms of accounts promoting terrorism, Vocativ discovered.

A 25-minute propaganda video showing pictures of Zuckerberg and Dorsey covered with bullet holes was uncovered by Vocativ deep web analysts on the social-media site Telegram, which ISIS frequents. The video is titled “Flames Of The Supporters,” and ends with a direct threat to the two CEOs.

“You announce daily that you suspend many of our accounts, and to you we say: Is that all you can do? You are not in our league,” text on the video clip reads. “If you close one account we will take 10 in return and soon your names will be erased after we delete your sites, Allah willing, and will know that we say is true.”

A screenshot from the Islamic State's video, showing Dorsey and Zuckerberg.

Twitter said earlier this month it suspended 125,000 accounts “for threatening or promoting terrorist acts, primarily related to ISIS.” Facebook has said that it works to ensure that terrorists don’t use the site, and that it removes content supporting terrorism.

The Islamic State isn’t taking the actions lightly. A group of ISIS hackers calling themselves “the sons of the Caliphate army” released a video on Wednesday claiming to show them hacking Facebook and Twitter accounts by changing profile pictures and posting ISIS materials and propaganda on the platforms. ISIS claims it hacked more than 10,000 Facebook accounts, more than 150 Facebook groups and more than 5,000 accounts on Twitter. “Many of these accounts have been given to supporters,” it says.

The video and its claims are part of the terror group’s war of words in a wider propaganda campaign that has aimed to show defiance against efforts targeting its online operations. A February report by George Washington University Program on Extremism said the amount of pro-ISIS content available on Twitter has been limited by account suspensions since last summer. Suspensions have also devastated the reach of specific ISIS-affiliated users who have been repeatedly targeted, the report said.

Over the last several months, ISIS supporters have responded to efforts to minimize its Twitter reach by moving to other platforms such as the messaging app Telegram. In the past, dating back to at least September 2014, ISIS supporters have called on “lone wolves” to target Twitter employees and even kill Twitter co-founder Dorsey.