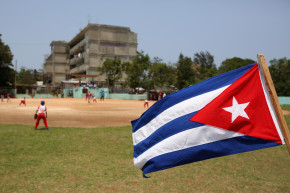 Are Cuban Baseball Players Still Being Smuggled To The US?
By Joe Lemire

Are Cuban Baseball Players Still Being Smuggled To The US? 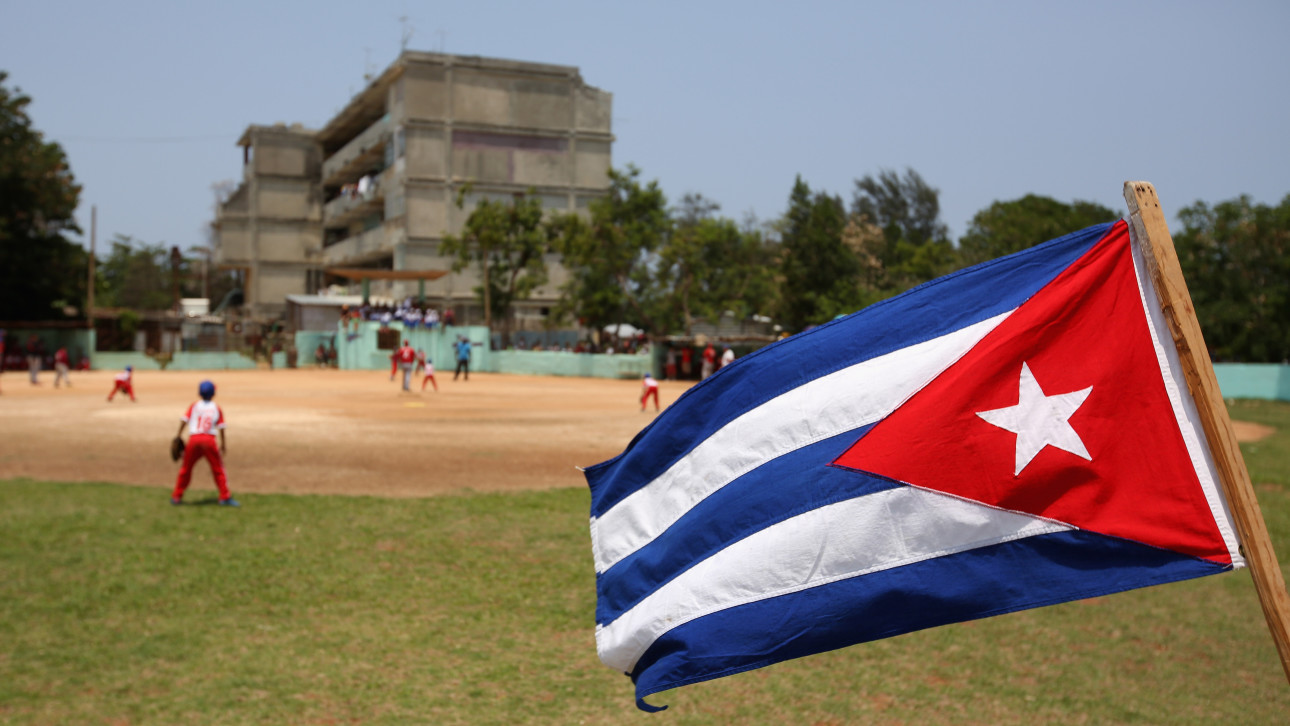 Baseball agent Bart Hernandez was arrested last week on human trafficking charges for smuggling Cuban outfielder Leonys Martin to the U.S. in 2010, according to a Yahoo! Sports report. While the alleged smuggling occurred well before the unthawing of diplomatic relations between the US and Cuba in 2015, the illegal and dangerous practice doesn’t appear to have an end in sight.

The recent defection of Cuban ball-playing brothers Lourdes and Yulieski Gourriel—whose father is a national baseball legend and who previously said they’d await permission to leave the country—indicates that free passage of players between the two nations is not imminent.

“It was the very signal to me that everything is still just as much in limbo between Cuba and MLB as it was a year ago,” said Cuban baseball historian Peter Bjarkman—whose book “Cuba’s Baseball Defectors: The Inside Story” will be available May 16—in a telephone interview.

Yulieski Gourriel had played the 2014 season in Japan and appeared set to return in 2015 before the player withdrew at the last minute, claiming injury.

“Apparently, from what I can gather from my sources in Cuba,” Bjarkman said, “he was actually told by very high-up [Cuban] officials not to report to Japan because they were going to work out a deal with MLB to send him to MLB.”

That, of course, has not happened and means the flood of Cuban players to the big leagues will have to rely on more nefarious methods.

The Yahoo! report noted that a federal grand jury indicted Hernandez two weeks ago and that he was arrested on Friday. Hernandez works for the newly formed Magnus Sports, which merged with existing agency Praver Shapiro and was founded by singer Marc Anthony. Martin filed a lawsuit in 2012 alleging that he was held captive by gun-carrying kidnappers.

Magnus Sports did not responded to a request for comment, but Hernandez’s attorneys, Jeffrey E. Marcus and Daniel L. Rashbaum, released a statement to ESPN: “As we will show at trial, Bart Hernandez is a talented and ethical sports agent who has always done right by his clients. Today, on the eve of a long-scheduled Major League Baseball arbitration, the government unfairly seeks to criminalize a player/agent fee dispute. Bart is innocent and the charges are baseless.”

For now, the reliance on alleged human traffickers to free players from Cuba needs immediate reform.

“That’s the scary part for me about that,” Texas Rangers general manager Jon Daniels, who initially signed Martin in 2011, said last year. “No club is going to get involved with that process. First of all, it’s illegal. Second of all, there are probably a lot of things potentially involved there that none of us want to be connected with.”

“There’s no evidence that I could find anywhere that anybody in MLB directly has brought Cuban players out or even has tried to,” Bjarkman added. “Whether they’ve encouraged it or not is hard to say.”

Cuba has a long history with baseball, dating back to the 1860s when American sailors introduced the sport to the country. It has since become a cultural tradition. “I think it’s the first thing that Cubans do—they give their sons a stick to swing or you’re out throwing rocks,” Marlins catcher Adrian Nieto, who was born in Cuba but raised in Florida, said.

Bjarkman called the 2000s the golden era of Cuban baseball as its league, the Cuban National Series, was full of bright young stars. The 2009 defection of current Yankees reliever Aroldis Chapman—whose 105-mile-per-hour fastball is the fastest recorded in history—was a “turning point,” Bjarkman said. Since then, there’s been an exodus of the game’s best talents, effectively ruining the domestic league.

“It’s an important social institution that’s been torn to tatters,” Bjarkman said. “To the fans in the street, the big heroes are now the guys making multi-millions in the majors.”

Cuban ballplayers have been defecting to play professional baseball in the big leagues at a rapid pace. A record 27 Cuban-born players appeared in the majors last season. (Many others have left their home country but failed to cash in.) In 2014, four White Sox players made history when they became the first Cuban quartet to start together since 1969.

Since 2010, big league teams have signed at least 25 Cuban players to major league contracts worth at least $1 million for a grand total of $645 million.

“This time around it is not tobacco, sugar, or precious metals, but rather talented baseball players that stoke the lust of a cash-rich sector of the American corporate business community,” Bjarkman wrote in his book’s prologue.

“As an international director,” one club’s top overseas scout has said, “you make your life around where Cuba goes.”

Changes to baseball’s collective bargaining agreement limited the amount of money clubs can spend on young international talent, but proven professionals who are at least 23 years old were exempt, which encouraged many established Cuban players to make the dangerous exit from their native country.

“I think there’s a change in the political culture—that’s one [reason]—and I think that the financial incentive has grown and is so great right now that there’s been a lot of money encouraging some of these players to find ways out,” Daniels said.

Several baseball players, executives, and union leaders made a goodwill tour of Cuba in December, before which commissioner Rob Manfred said in a statement, “Major League Baseball is very fortunate to have an opportunity to play a constructive role in the improvement of our country’s relations with Cuba.

“ . . . Baseball represents a pivotal common bond in our cultures, and the impact that Cuban ballplayers have made on our game is undeniable. I am hopeful that this tour will represent the beginning of a longstanding relationship.”

Friday’s news, however, is a stark reminder of how far that relationship has to go and how much Cuban players already in the majors have risked to get there.